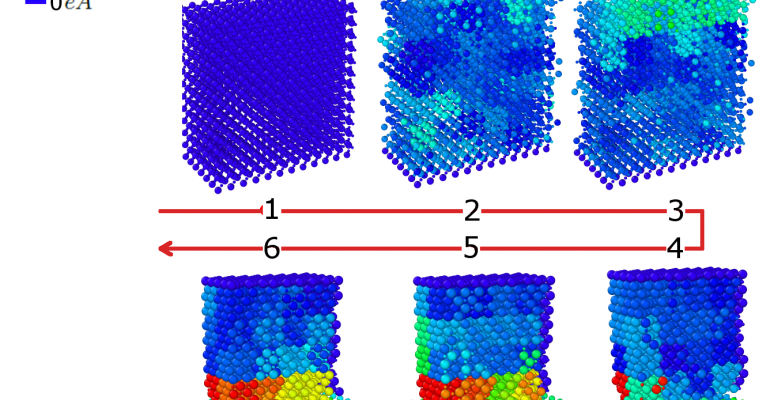 Static electricity could potentially become a source of new power for smartphones and other smart devices thanks to a discovery about how it works from researchers at the University at Buffalo.

Researchers have uncovered a secret about how static electricity works that could lead to new ways to use this phenomenon to power smartphones and other electronic devices.

A team in the Department of Mechanical and Aerospace Engineering at the University at Buffalo has discovered that the cause of static electricity—which can give us a shock when we touch a doorknob or raise our hair on end—is tiny structural changes that occur at the surface of materials when they come into contact with each other.

“Nearly everyone has zapped their finger on a doorknob or seen child’s hair stick to a balloon,” he said in a news release. “To incorporate this energy into our electronics, we must better understand the driving forces behind it.”

The triboelectric effect that causes static electricity is nothing new; humans have observed it since ancient times, but only in recent years have they understood it enough to apply it in scientific ways, mainly thanks to nanotechnology.

Indeed, researchers in the lab already have developed energy harvesters for small devices based on the triboelectric effect called triboelectric nanogenerators (TENGs). This technology can come in particularly useful in smart textiles where materials come in contact with the skin.

Chen and his team have done something similar, using computer models and physical experiments to engineer TENGs with an even greater understanding of how the technology works, he said. The researchers’ work is based on a mix of disciplines, including contact mechanics, solid mechanics, materials science, electrical engineering, and manufacturing.

The idea behind the project is to use the friction between our fingers and smartphones, wrists and watches, and even our shoes and the ground as the basis for new energy sources to replace batteries and wires, Chen said.

“These are great potential sources of energy that we can to tap into,” he said. “Ultimately, this research can increase our economic security and help society by reducing our need for conventional sources of power.”

Researchers published a study on their work in the Journal of Electrostatics. In their paper, the team describes how what are called surface “dipole” formations of materials are caused by contact-induced surface lattice formations. The induced fields are considered as the driving force for the charge transfer that creates the electricity, researchers wrote.

Researchers hope their discovery can inform their own TENGS design work as well as help other researchers harness the triboelectric effect in new energy-harvesting technology.