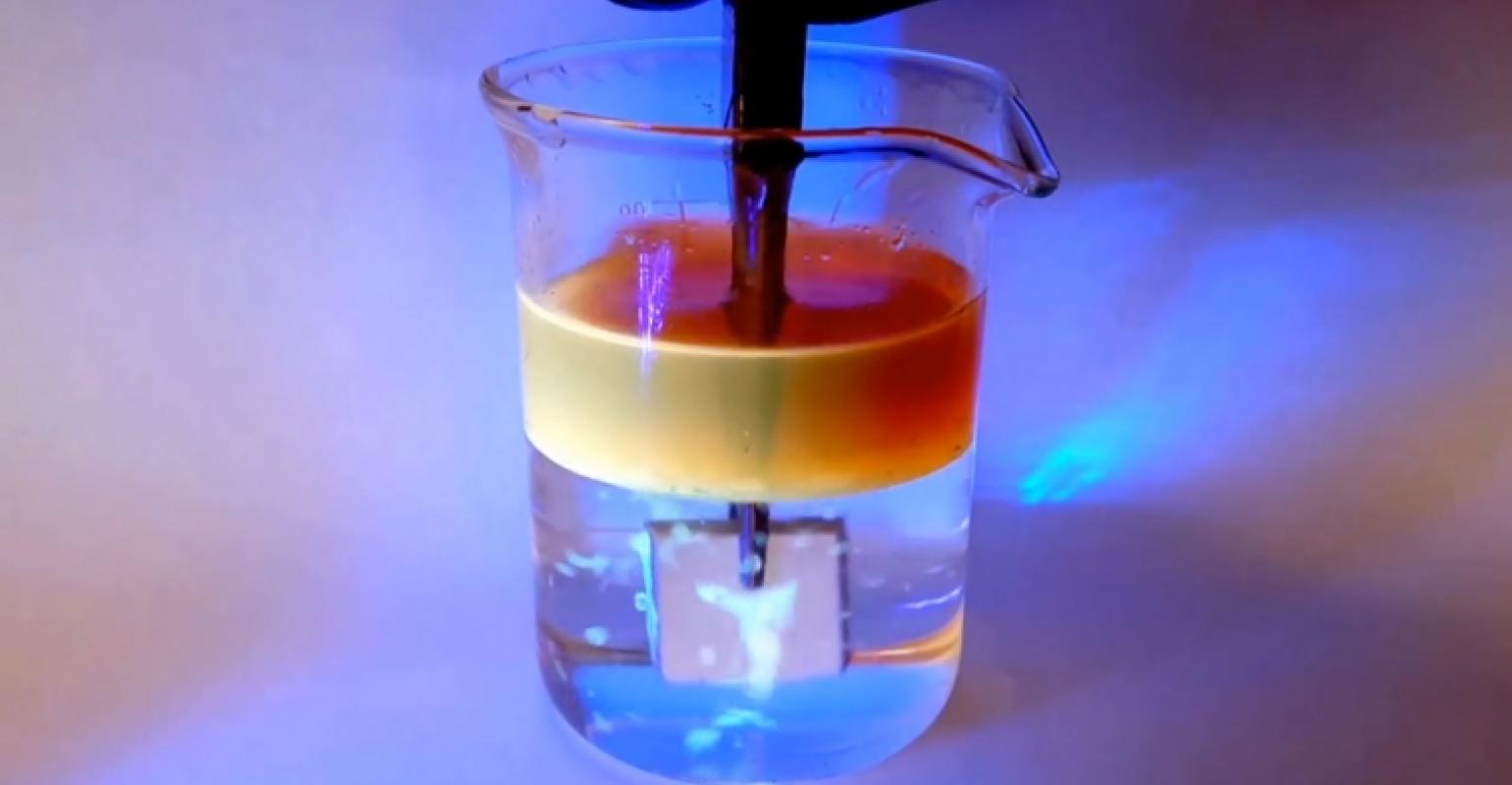 A Solution to the Aluminum Air Battery Issue

Preventing corrosion of the anode in a metal air battery could finally make these types of batteries viable for a variety of new applications.

Metal air batteries are among the lightest and most energy-dense electrochemical storage devices. They use an anode made from a pure metal and a cathode that uses oxygen from the air. Metal air batteries are typically primary (non-rechargeable) single-use batteries. During discharge, an oxidation reaction occurs at the anode and a reduction reaction at the cathode, which contains a porous membrane that allows oxygen from the air to become a reactant. An electrolyte (usually aqueous) allows the transfer of ions from the cathode to the anode during discharge.

Aluminum air batteries are particularly interesting for several reasons. The energy density (watt-hours per kilogram) is as much as five to ten times that of current production lithium ion cells. Aluminum metal for the anode is extremely light and, as the cathode is air, the overall package can be much lighter than most other battery types. Aluminum is also cheap—especially when compared to the rising costs of lithium. Aluminum air batteries have been used as experimental range extenders for electric vehicles, supplementing the built-in rechargeable batteries. They have also found limited uses in the military for aircraft and underwater vehicles, where their high power and light weight are of great benefit.

Unfortunately, aluminum air batteries also have some limitations. Thus far, the design has only been practical for non-rechargeable batteries. During the electrochemical reaction of the aluminum anode with the electrolyte, the aluminum is converted into a hydrated alumina that can no longer take part in the reaction. Work is underway to develop replaceable aluminum anode electrodes so that the battery can have more than one useful life.

Another problem with aluminum air batteries is how quickly they lose their charge. The batteries can be stored for long periods of time in their unused condition. Once they are switched on, however, they begin to degrade very quickly. Where a typical commercial lithium ion battery might lose about 5 percent of its charge after a month of storage, an aluminum air battery will lose about 80 percent of its charge over the same period, as the electrolyte reacts with the aluminum anode.

Aluminum has another property that is taken advantage of with the MIT battery: the fact that it is hydrophilic (water-attracting). When the aqueous (water-based) electrolyte is pumped back into the cell as it is reactivated, the electrolyte easily displaces the oil. The oil is repelled from the aluminum surface thanks to a property of aluminum called “underwater oleophobicity”—when aluminum is immersed in water, it repels oil from its surface.

While metal air batteries can be made from a variety of metals, such as sodium, lithium, magnesium, zinc, or iron, aluminum is the preferred choice. In the news release, MIT professor of engineering, Douglas P. Hart, explains that in addition to its low cost, aluminum is one of the “highest chemical energy-density storage materials we know of.” Hart goes on to say that many experts think that aluminum air batteries may be the only viable replacement for lithium ion batteries and for gasoline in cars.

Hart believes that the new MIT system will have a variety of important applications. With the existing versions, he explains, “You can flush it and delay the process, but you can’t really shut it off.” However, if MIT’s new system were used, for example, as a range extender in a car, “you could use it and then pull into your driveway and park it for a month, and then come back and still expect it to have a usable battery…I really think this is a game-changer in terms of the use of these batteries."