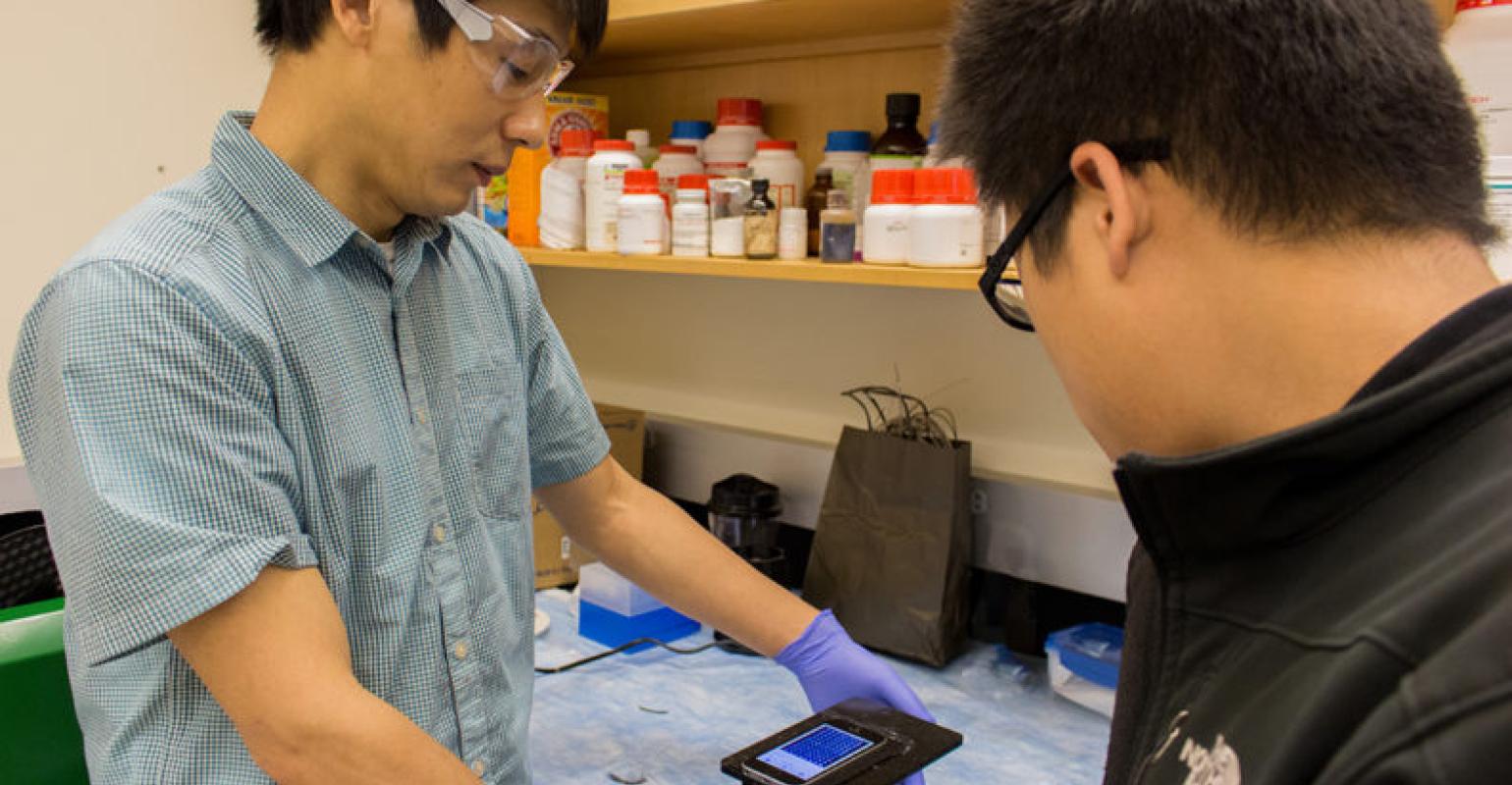 Researchers at Washington State University have developed a low-cost, portable laboratory-on-a-phone that they said can achieve nearly the same quality of results as clinical labs to detect common viruses and bacterial infections

Smartphones already can count our steps and provide us with fitness advice and health data. One of the next uses for future smartphones is to transform them into portable medical devices—particularly for common diagnostic tests. To this end, researchers at Washington State University (WSU) have developed a low-cost, portable laboratory-on-a-phone that they said can achieve nearly the same quality of results as clinical labs in detecting common viruses and bacterial infections.

A team led by Lei Li, assistant professor in the School of Mechanical and Materials Engineering, envisions that the portable reader—which can be used with smartphones—can provide a fast and easy way to test for common viral and bacterial conditions and epidemics. It would prove especially useful in rural regions or areas of the world without adequate medical resources.

Creating a smartphone that can do these tests makes sense to provide lower-cost and faster lab results, Li told Design News. “It is portable; almost everyone has a smartphone; it has multiple sensing units such as cameras, accelerators, a gyroscope, and a microphone; it has good calculation capability; and it can communicate data,” he said, of the reasons smartphones can make good portable labs.

Li’s team developed a portable smartphone reader about the size of a hand. When used with a smartphone, the device allows someone even without traditional lab equipment to perform laboratory tests and read results of those tests, he said.

The reader works by taking a photo of 96 sample wells at once. It uses a computer program to carefully analyze color to determine positive or negative results. “What someone needs to do is conduct the test and then read the color change by using our device, which can give someone the same level of results that would be achieved in a lab,” Li explained.

Researchers tested the device with 771 patient samples at the Hospital of University of Pennsylvania and found that it was about 97 to 99.9 percent accurate. False positives were provided only about one percent of the time, they said. The portable smartphone reader worked nearly as well as standard lab testing to detect 12 common viral and bacterial infectious diseases, such as mumps, measles, herpes, and Lyme Disease.

The research team bought the components to build the device themselves for a cost of about $50. However, the manufacturing cost should be lower than that, Li said. The researchers have filed a patent for their device and aim to go ahead with clinical trials on the way to eventual commercialization of the invention, Li added.

The invention would be well-suited for use in places such as “a small clinic or hospital that cannot afford expensive equipment, but needs to know the results soon; an in-field simple lab to test quality of water or earth; or for a farmer who wants to know health of a crop or farm animals,” he told Design News.

They published a paper on their work in the journal Clinica Chimica Acta.