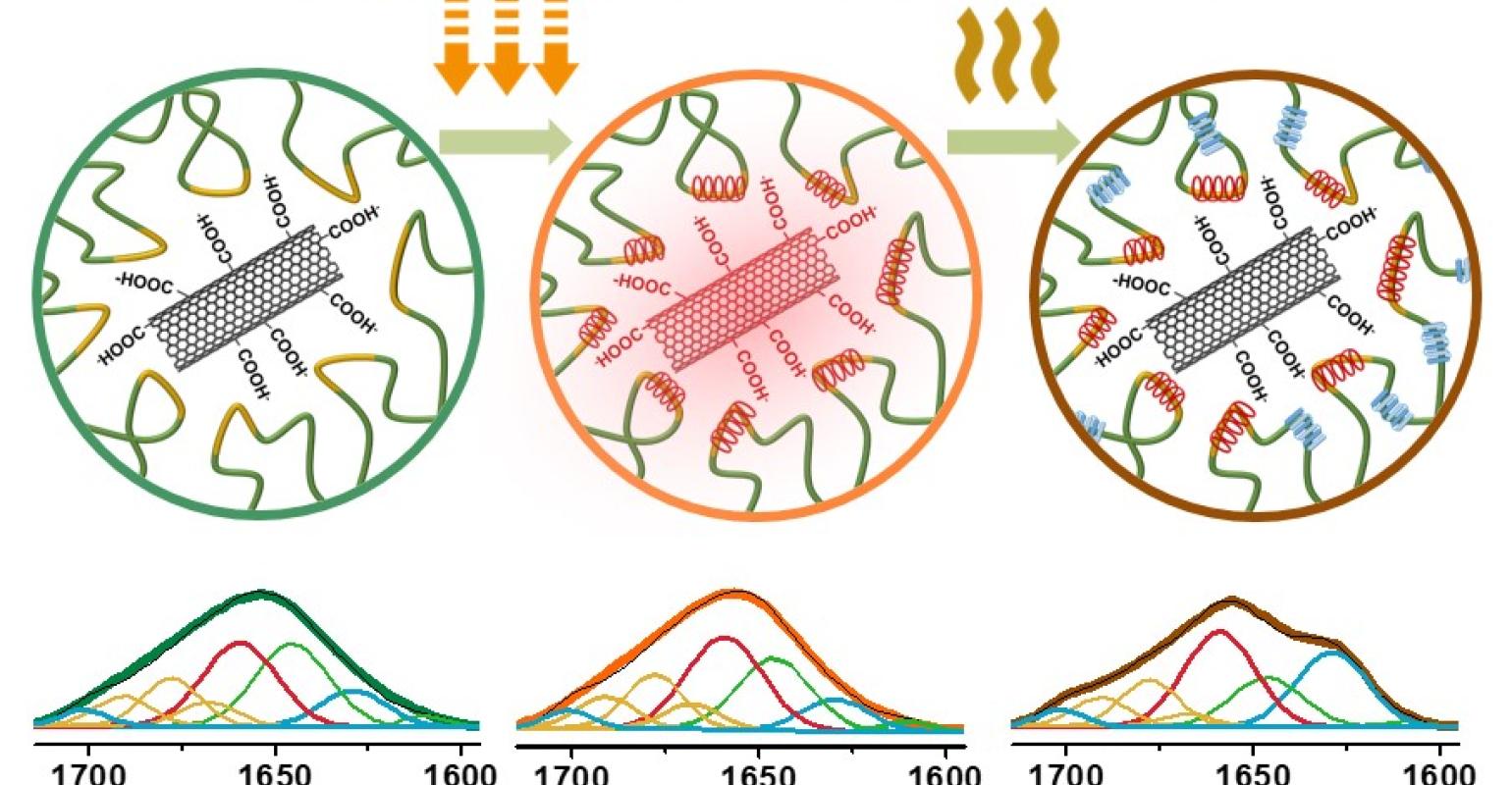 A silk-based flexible material paves the way for new designs in wearable, biodegradable, and bioresorbable electronics.

Silk is known as one of the strongest, most lightweight materials that exists—specifically, the silk fibers produced by the domestic silkworm. Over time, manufacturers have developed synthetic, polymer-based materials like nylon and polyester to do the job of silk. Although they don’t have the same natural or mechanical properties, they are less costly and easier to mass manufacture.

Now, researchers at the University of Pittsburgh have found a way to combine silk with carbon nanotubes to develop a transparent material that could be used to develop a new generation of biomedical devices with flexible and even biodegradable electronics.

A team at the university’s Swanson School of Engineering developed a method to create silk proteins—called regenerated silk fibroins (RSFs) —in films that behave similarly to natural silk, allowing for engineers to use the material for emerging biomedical and electronics applications, said Mostafa Bedewy, assistant professor of industrial engineering at the University of Pittsburgh, in a university news release.

“Silk is a very interesting material,” he said. “It is made of natural fibers that humans have been using for thousands of years to make high-quality textiles, but we as engineers have recently started to appreciate silk’s potential for many emerging applications—such as flexible bioelectronics—due to its unique biocompatibility, biodegradability, and mechanical flexibility.”

To use silk for such applications, however, researchers must learn to work with RSFs. These materials typically are chemically unstable in water and suffer from inferior mechanical properties. This has made it difficult for researchers to precisely control the molecular structure of the fibroin proteins in RSF films, Bedewy said.

To solve this problem, Bedewy and his NanoProduct Lab group, which also works extensively on carbon nanotubes (CNTs), decided to examine the molecular interactions between nanotubes and fibroins. They found that this reaction could enable them to “tune” the structure of RSF proteins, he said.

“One of the interesting aspects of CNTs is that, when they are dispersed in a polymer matrix and exposed to microwave radiation, they locally heat up,” Bedewy explained. “So we wondered whether we could leverage this unique phenomenon to create desired transformations in the fibroin structure around the CNTs in an ‘RSF-CNT’ composite.”

It turns out that they could. The microwave irradiation, paired with a solvent vapor treatment, provided a control mechanism for the protein structure. The result was a flexible and transparent film comparable to synthetic polymers, but with more sustainability and degradability. Researchers published a study on their work in the American Chemistry Society (ACS) journal Applied Nano Materials.

A Range of Potential

The films have a range of potential for the design and development of new devices including electronics, biomedical devices, and so-called “transient” or bioresorbable electronics, such as sensors, that can be used for a period of time inside the human body and then naturally dissolve, Bedewy said.

Researchers plan to continue to develop the material further to advance its capabilities and expand its potential for use, he added. “From a scientific perspective, there is still a lot more to understand about the molecular interactions between the functionalization on nanotube surfaces and protein molecules,” Bedewy said. “From an engineering perspective, we want to develop scalable manufacturing processes for taking cocoons of natural silk and transforming them into functional thin films for next-generation wearable and implantable electronic devices.”