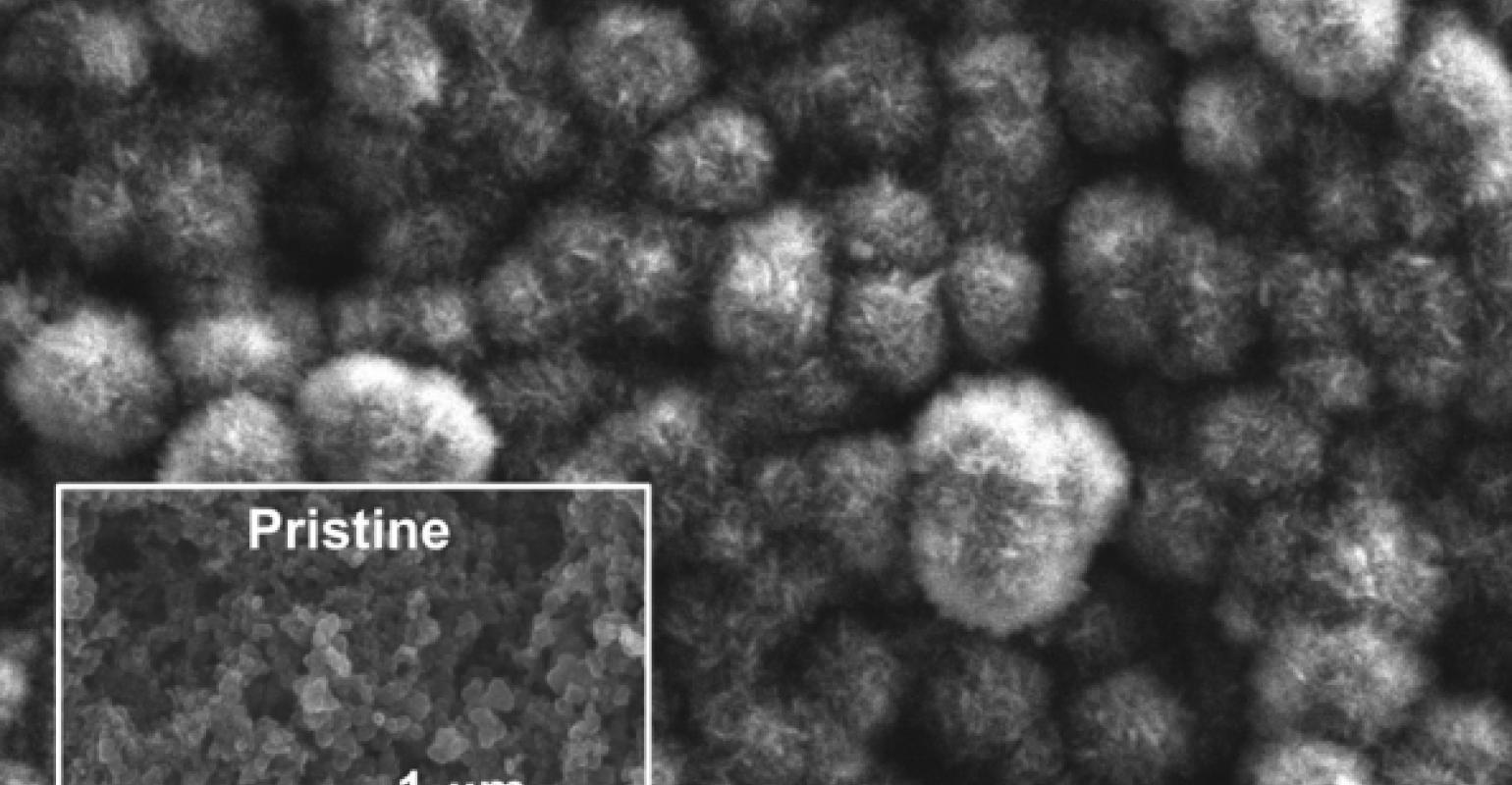 The carbonate reaction product of a new kind of battery can be used to store carbon dioxide from fossil fuel power plant emissions.

The prototypes of electrical power plants that are equipped with carbon capture systems can use up to 30 percent of their generated electricity just to power the capture and storage of carbon dioxide (CO2). It’s hard to make the economics of such systems work favorably, which is why new research by MIT has sparked interest. Researchers there are looking into a lithium battery that converts CO2 into a solid mineral carbonate during discharge.

Beyond the Usual Approach

There are basically two thoughts when it comes to carbon capture and sequestration (CCS). The first is to capture the CO2 from the combustion gases from a fossil fuel power plant, liquefy it under extremely high pressures, and inject it into geologically stable structures deep underground for long-term storage. The second approach is to take the captured CO2 and alter it into a fuel or chemical feedstock to make other materials. Typically, this method uses expensive catalyst materials to initiate the required chemical reactions.

The MIT research team has come up with a new approach: Use the CO2 in a power plant waste stream and combine it with other materials to form one of the main components of a battery. The battery could then continuously convert carbon dioxide into a solid mineral carbonate as it discharges. The carbonate byproduct could be used for other purposes or disposed of by burying it in landfills.

Generally, because CO2 is not very reactive, it requires large energy inputs in the form of high voltages in order to get it to exhibit significant electrochemical activity. This is both expensive and inefficient, according to a news release about the research from MIT.

There has been recent interest in the development of lithium carbon dioxide batteries that use the gas as a reactant during the discharge of the battery. The low reactivity of CO2 has typically required the use of costly metal catalysts to promote the reaction, which is difficult to control and not well understood.

MIT mechanical engineering professor Betar Gallant and her team of researchers have expertise in the electrochemical reactions that underlie lithium-based batteries. They decided to look into “…whether carbon-dioxide-capture chemistry could be put to use to make carbon-dioxide-loaded electrolytes—one of the three essential parts of a battery—where the captured gas could then be used during the discharge of the battery to provide a power output,” according to the MIT release.

Using CO2 in a liquid state, the team found a way to achieve electrochemical carbon dioxide conversion using only a carbon electrode. This was done by preactivating the carbon dioxide by incorporating it into an amine solution—a solution similar to that used to capture CO2 during CCS. The amine acts as a molecular promoter that is not consumed in the reaction. “What we’ve shown for the first time is that this technique activates the carbon dioxide for more facile electrochemistry,” Gallant said. “These two chemistries—aqueous amines and nonaqueous battery electrolytes—are not normally used together, but we found that their combination imparts new and interesting behaviors that can increase the discharge voltage and allow for sustained conversion of carbon dioxide.”

The system developed by the MIT team is not in any way ready for prime time. The cycle life of the battery is limited to just 10 charge-discharge cycles before the components degrade, for example. “Lithium-carbon dioxide batteries are years away” as a viable product, Gallant said. The research by the MIT team covers just one of several needed advances to make them practical.

Nevertheless, Gallant believes that the concept offers great potential—especially if a continuous operation version of the process can be developed. This would allow a steady stream of carbon dioxide under pressure, mixed with the amine solution, to deliver steady power while capturing a power plant’s emissions—converting them into usable products. “It’s one way to sequester it as a useful product,” Gallant said.

5G Will Remarkably Rollout in 2 Waves. Here’s Why Engineers Should Care
Aug 01, 2021