Save Your Crash Test Dummy 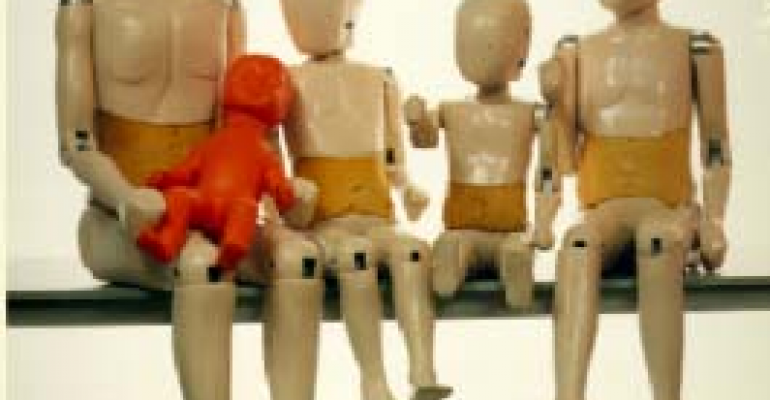 The blend of physics-based testing and data-based simulation has an impressive impact on the ability to shorten the time-to-market of new designs. Add simulation, but don’t throw away the dummy.

The finite element (FE) method, the Internet of Things (IoT), machine learning, digital twins. A lot of fancy technical buzzwords that, when applied to the manufacturing process, all seek to capture the same ancient idea: Measure twice, cut once.

Simulation and testing processes of one form or another have long been critical to manufacturing. Engineering organizations – and their government watchdogs – have always known that you can’t safely and successfully bring complex technologies like automobiles, airplanes, and even refrigerators to market without at least months, but usually years of painstaking and expensive testing first.

For most of the twentieth century, that testing process was theory-based – it focused on applying the rules of physics to determine how a product would behave under the influence of specific operational conditions. Using actual testing in the field, later supplemented with computerized simulations, engineers would ask: What do Isaac Newton’s Laws of Motion, for example, tell us about how well this design for a new automobile tire will work under various road conditions? Those answers would guide the development of prototypes that would then be tested under real road conditions.

More recently, this laws-of-physics based method has been supplemented by less theoretical and more data-driven approaches. So, instead of theorizing based solely on physics, designers and testers collect actual data about specific operational conditions and their impact on the product. In the case of the tire, for example, sensors would measure stress inside various locations on the tire and the historical data would be used to develop models predicting its future performance.

Both methods have been integral to the manufacturing process, helping designers bring thousands of new products to market and make countless improvements to existing ones. Streamlining the use of physics-based and data-based simulation had an impressive impact on the ability of organizations to shorten the time-to-market of new designs.

Developments in this direction lead to deploying digital twins to further enable manufacturing design improvement and testing. Digital twins are digital representations of actual physical objects and systems that use machine learning, as well as physics-based simulation, to predict performance based on specific conditions. For example, my digital twin could be programmed based on my own physical characteristics to predict what will happen to my weight, blood pressure, blood sugar and likelihood of becoming diabetic if I go on an extended chocolate-eating binge or go for a bike ride instead.

Because they are completely virtual, digital twins offer designers the opportunity to analyze the impact of operational conditions without requiring the production of a prototype until much further along in the manufacturing process, when manufacturers have a greater certainty of success. In other words: You don’t need to crash as many test cars or kill as many crash test dummies.

The greatest promise comes from testing protocols that integrate digital twin technology with existing machine learning programs receiving streaming data via the internet of things (IoT). IoT describes the interconnected world of smart machines that talk to each other, managing streaming data to enable continuous monitoring of both prototypes and new products once they are deployed.

So, in one scenario engineers seeking to design a next-generation passenger jet would receive IoT driven real-time data from an actual plane including the plane’s speed, wind speed, the temperature inside the cabin, the outside temperature, the rate of fuel burn, etc. That data would be fed to the digital twin of the candidate design, which would analyze how these conditions affect each other (i.e. how does fuel burn affect weight?) and also analyze how design changes could affect these conditions: What would be the impact of changing the turbine design? How can we improve the air conditioning system? Real-time, real-world measurements would continuously enhance the multi-physics simulation model.

Few manufacturers have integrated these existing technologies and applied them to their simulation processes. When they apply machine learning, IoT and digital twins in a coherent, integrated way, they will significantly improve their new product lifecycles; speeding time to market; reducing design, testing, and production costs; and creating more innovative products to better serve the needs of their customers.

Thus, physics-based simulation, data-driven machine learning and IoT are the building blocks of digital twins to enable a new generation of products designed, tested and fully operated virtually before they are realized as actual prototypes.

Christian Kehrer is a business development manager for systems simulation and related applications at Altair. In this role, he is responsible for consulting with customers and establishing solutions based on their needs for system simulation and connected products. Before joining Altair in 2017, he worked at both ITI GmbH and the BMW Group. He holds a Mechanical engineering degree in automotive engineering from TU Dresden in Germany.