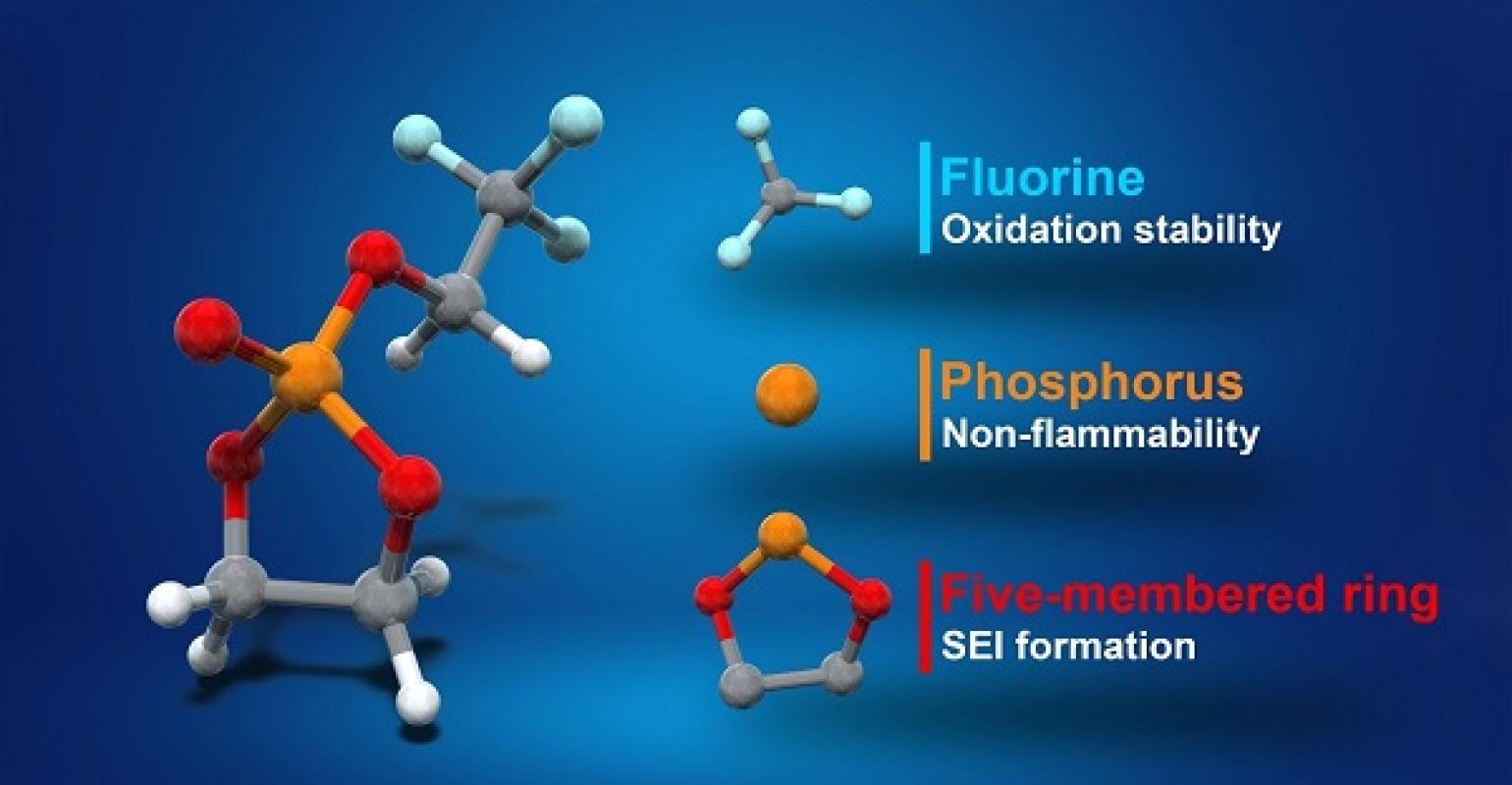 A new electrolyte can raise the voltage for less recharging without causing flammability.

Despite scientists’ current exploration of different battery chemistries for mainstream use, lithium-ion batteries are still the de facto standard for electronic devices, including new, more powerful batteries being developed for electric vehicles (EVs).

However, to develop batteries with higher voltage to improve the range of EV batteries before needing to recharge comes with a price—an instability in a battery that can cause it to explode or catch fire.

Now a team from the University of Tokyo has found a way to increase not only the voltage delivery of a lithium-ion battery but also its ability to mitigate dangerous conditions that can lead to failure.

The key to the finding lies in the creation of a new solve electrolyte material, fluorinated cyclic phosphate (TFEP), discovered by a team at the Graduate School of Engineering and Graduate School of Science at the University of Tokyo.

The use of electrolytes—which control how much voltage a device holds—in lithium-ion batteries could use an update, said Professor Atsuo Yamada, who led the research.

“The electrolyte solvent in lithium-ion batteries is the same now as it was when the batteries were commercialized in the early 1990s,” he said in a press statement. “We thought there was room for improvement, and we found it.”

TFEP can hold voltages of up to 4.9 volts and is nonflammable. This has benefits over ethylene carbonate (EC), which is typically used as the electrolyte in lithium-ion batteries. EC is well known for its flammability potential and also unstable above 4.3 volts.

Providing more voltage in a battery of about the same size by using TFEP—which would take up the same volume—now means it can last longer before needing to recharge, a benefit for EVs, Yamada said.

The effectiveness of TFEP actually surprised the researchers themselves, he said. Usually finding new electrolytes for batteries is “trial and error, with slight alterations in the basic chemistry rarely offering any advantage, Yamada said in a press statement.

Working with University of Tokyo chemist and Professor Eiichi Nakamura is what gave the team an advantage to discover TFEP’s viability, allowing researchers a “theoretical understanding of the underlying molecular structures” of the material before they tested it, Yamada said.

“We predicted the safe, high-voltage properties before we experimentally verified them,” he said in a press statement. “So it was a very pleasant surprise indeed.”