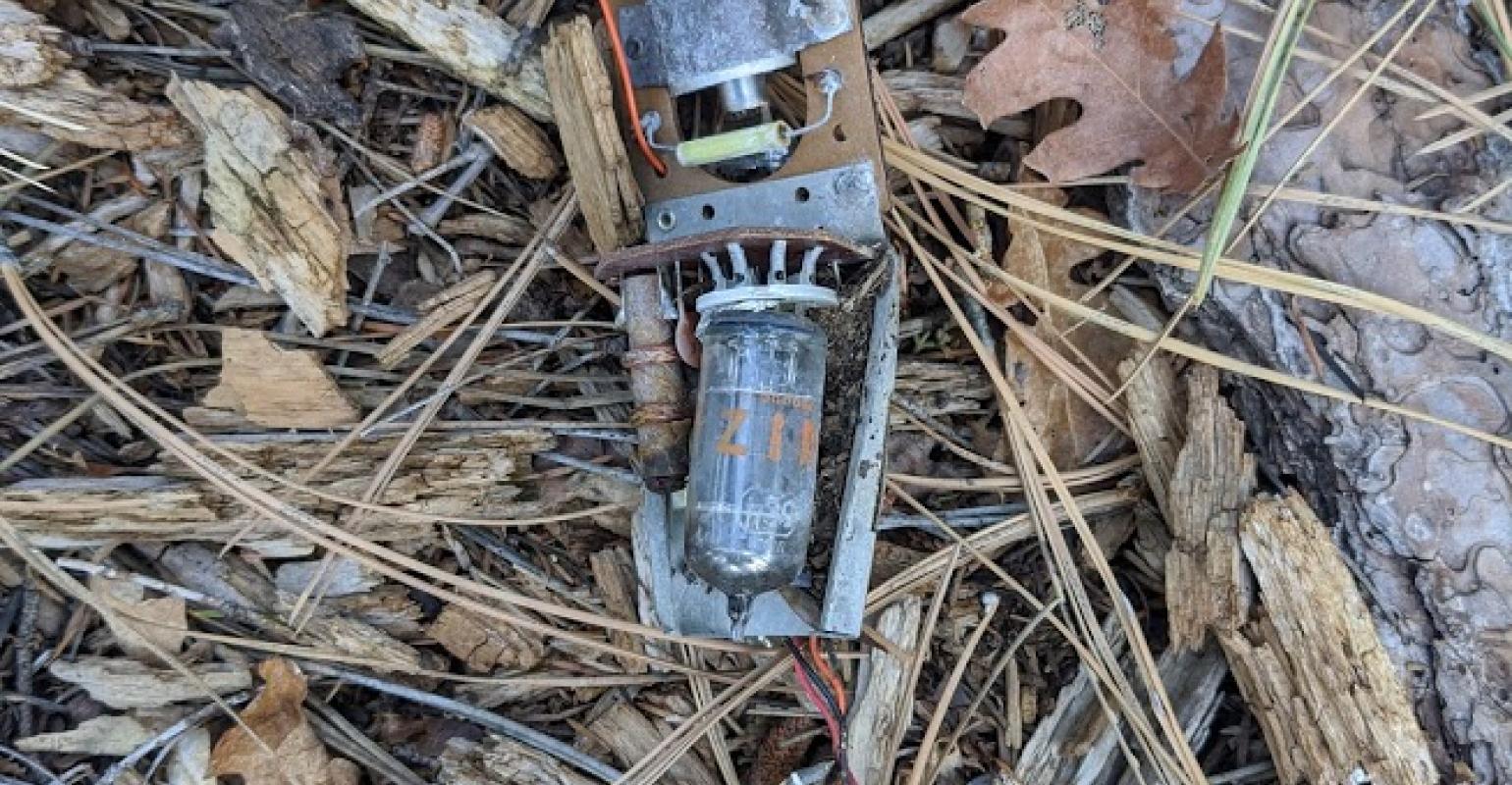 Several readers have tried to help identify the vacuum tube found intact in a debris field – presumably that of a radiosonde weather balloon from the 1940s or 1950s. Radiosondes were introduced in the 1930s to record basic data on Earth's atmosphere--pressure, temperature, relative humidity, and wind direction. Typically attached to a balloon, the radiosonde would ascend through the atmosphere to collect data and transmit it to a ground station. At high altitude the balloon bursts and the radiosonde descends via a small parachute. According to NOAA, about twenty percent of its radiosondes are recovered after descending to the ground.

Returning to earlier coverage of the debris field article, one reader suggested that tube was a miniature, 7 pins, pentode (2 heater/filament pins+ 3 grids +plate). He noted what looked like coupled inductors possibly to form Hartley oscillator and speculated that it could have carrier FM & AM for temperature and pressure. He thought the vacuum tube was most likely a type 1AF4 or similar 1.4V/25ma filament tube with a plate voltage rating of 90V, but would likely run on a 45V or 22.5V battery.

A Hartley oscillator was a basic inductive-capacitive (LC) circuit which was easier to tune then most others thanks to the split inductors. But why not use a variable cap instead of splitting the inductors? Maybe there was a weight or power tradeoff or something to do with the frequency range needed for this radiosonde to broadcast?

Another reader, who was trained by a grandfather whom he noted was the first TV Repairman in Idaho, relied on his training in early RCA and Zenith tubes to guess that the debris field tube was likely from Zenith. Providing further design observations, he believed the tube circuits included a dual choke (inductor) and early tab capacitor. The silver tube was perhaps a high capacity cap with what looked like a bleed off resistor. This reader placed the component dates between 1957-1965 since transistors started to come into play after that for such circuits.