Robot Sumo Is the Most Elegant of Robot Combat Sports 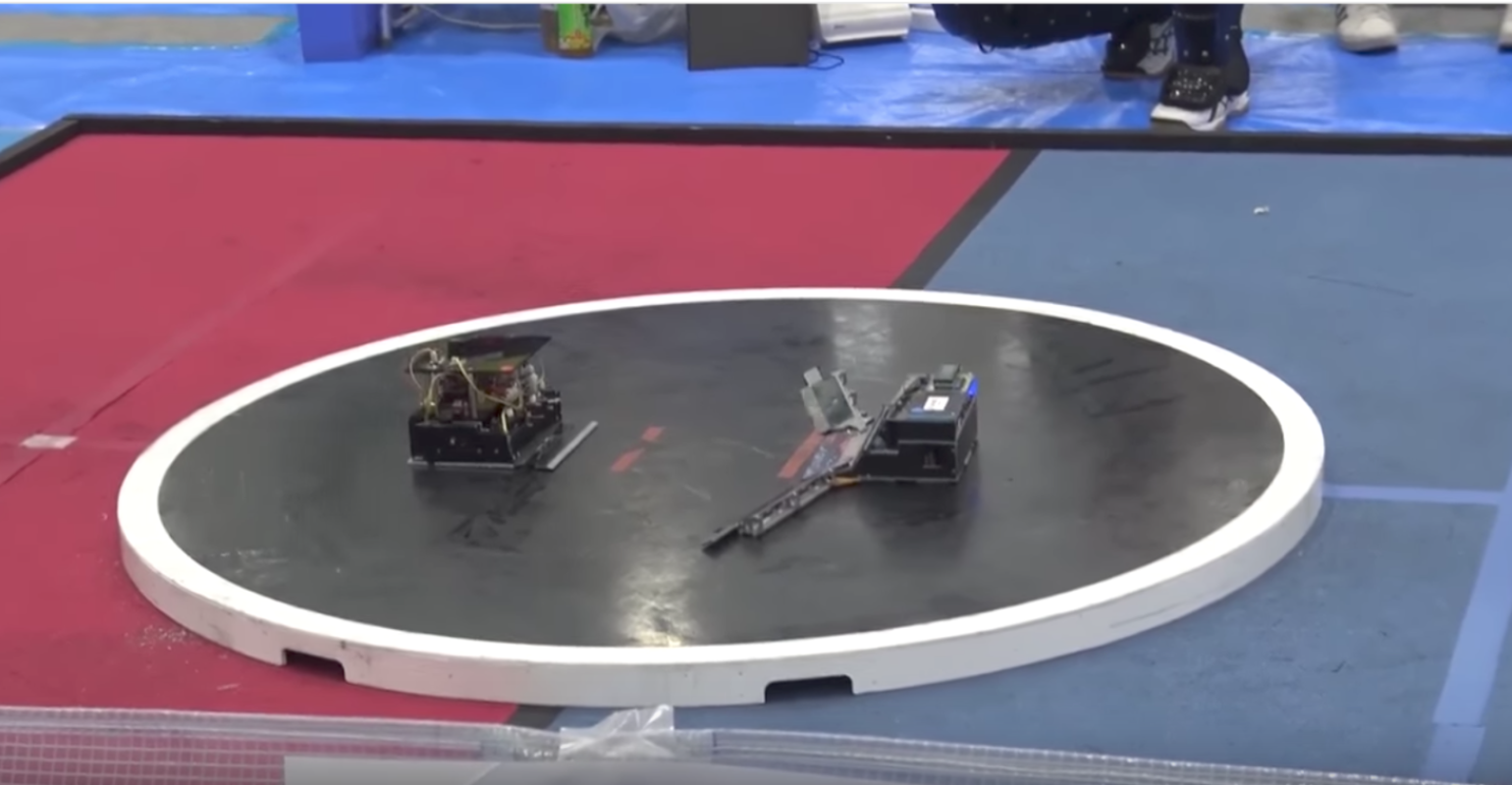 By now you're probably well familiar with BattleBots, the mixed martial arts (MMA) of robot combat. But have you heard of its more traditional counterpart, Robot Sumo? Much like its human counterpart, robo sumo adds a certain elegant simplicity to robot-on-robot combat. Rather than using all of the tools at your disposal to bash your opponent into scrap metal, robo sumo only asks that you shove your opponent out of a ring. Looking at some highlights of recent robo sumo matches, the approach is just direct enough to offer heaps of interesting strategies.

Though lesser known that BattleBots, Robot Sumo has been around since at least 2004, when the ROBOlympics (now known as the RoboGames) was founded. The rules of the competition present some unique engineering challenges to competitors.

According to the Unified Sumo Robot Rules (yes, they have unified rules just like boxing) robots are divided into one of three class (robots only fight within their chosen class): autonomous robots which guide themselves using pre-programmed patterns; remote-controlled robots, which are steered by a human using radio control; and network-controlled robots, which are guided by a human via a WiFi connection.

Robo sumo also features weight classes, with the smallest being femto weight -- meaning the robot must be able to fit inside a 1 centimeter cube -- all the way to heavy weights, which must fit into a 2-foot cube and can weigh up to 125 pounds. Under unified rules each match consists of three rounds lasting up to three minutes each. Robots are not allowed to use flames, explosives, liquids, or projectile weapons, but heavier weight classes are allowed to use vacuum pumps and magnets.

While remote-control will be most familiar to robot fighting enthusiasts, the autonomous division opens up some interesting opportunities and challenges. Most of the robots are guided using infrared or ultra-sonic sensors, and having to pre-program the robots seems akin to a chess match – only one where each player must bring his own moves to the table and will be unable to react to their opponent's on the fly. A slight miscalculation could mean having your robot throw itself out of the ring.

It also makes for some incredibly fast-paced matches. Given that the goal is to score a ring-out the most common weapon you'll see in Robo Sumo is, unsurprisingly, the classic adjustable, angled blade on the front of the robot designed for pushing or flipping your opponent over. In something a bit unique to Robot Sumo many competitors opt to fit their robots with fan- or arm-like extensions designed to corner and coral their opponents much in the same way a human sumo would tie up his opponent with his hands.

But some robots also employ some different tactics. Here's one rather amusing highlight:

While it seems like a bit of a tongue-in-cheek method of winning this is actually based on a principle in human sumo known as henka, basically sidestepping or moving your opponent out of the way during the initial charge (the tachi-ai). While it's not an illegal move per se, it is rather frowned upon in professional sumo and seen as a cheap move that exploits the fighters' implicit agreement on the initial clash.

Right now a bit part of Robo Sumo is educational outreach for STEM programs. Think of it as FIRST, but with more violence. There are handy guides available for those looking to build their own sumo robot you can even purchase kits from sites like Digi-Key.

Meanwhile here's a full video of highlights to check out:

How to Build a Better Product With Knowledge of Industrial Computers
Jun 13, 2021