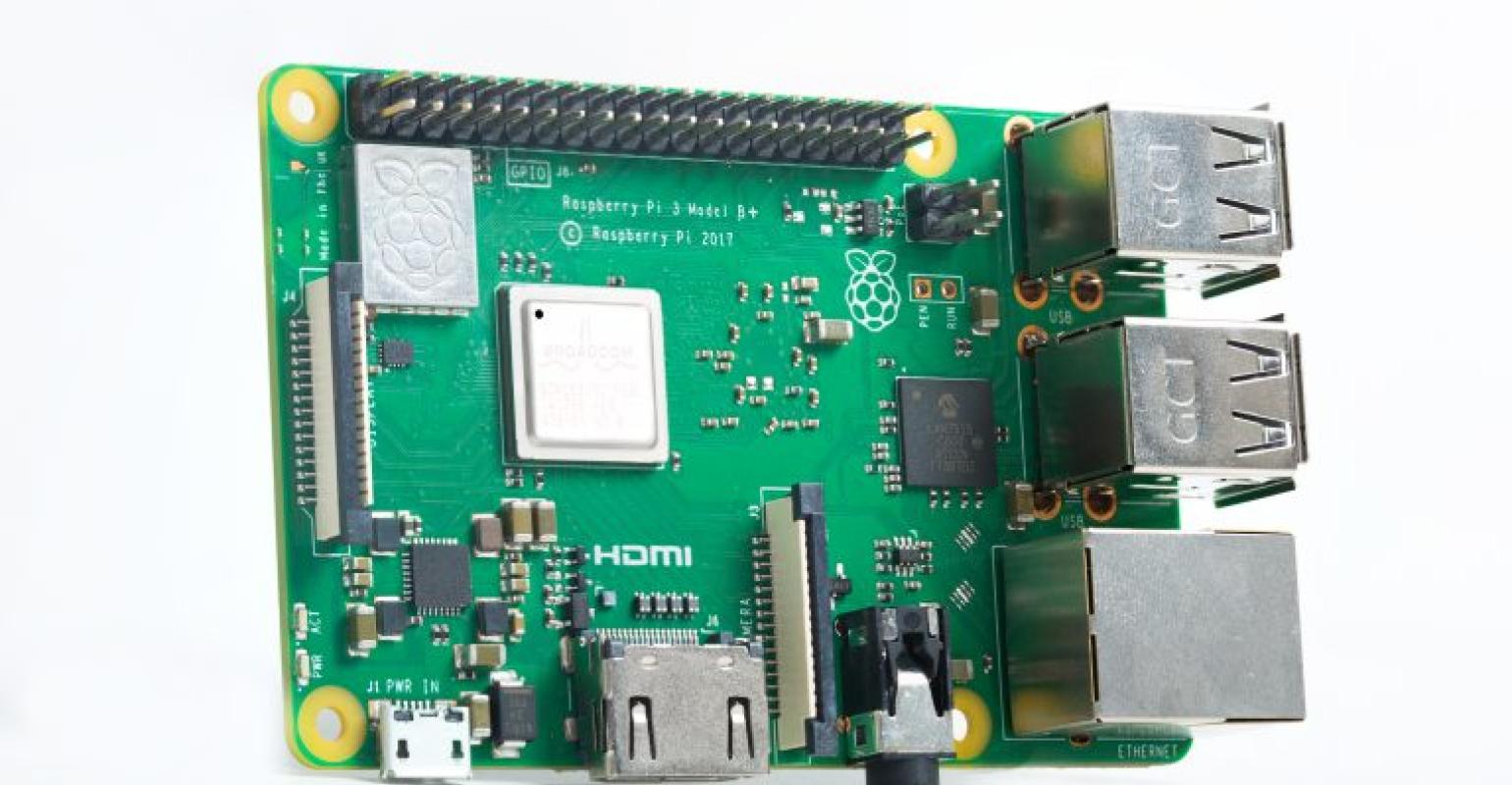 The latest model of the Raspberry Pi, The Raspberry Pi 3 Model B+ has a series of new features that should make it an attractive offering to embedded systems engineers and makers looking to explore advanced applications such as machine learning.

The Raspberry Pi 3 Model B has gotten an upgrade focused on making it an even better tool for serious embedded applications engineers and makers looking to explore more advanced applications such as AI and machine learning.

Here's a quick rundown of the Model B+ specs:

The newly released Raspberry Pi 3 Model B+, uses an updated version of the same processor as its predecessor, but in a new package that squeezes out even more performance. The Model B+ is built around Broadcom's BCM2837B0 64-bit processor, which now incorporates power integrity optimizations and a heat spreader, allowing the single-board computer to reach higher clock speeds, reduce power consumption, and better control the temperature of the chip.

The power supply is the new MaxLinear MxL7704 Universal PMIC, which enables the board to be more compact and flexible. The PMIC’s I2C interface communicates with the computer’s on-board SoC for dynamic voltage scaling, status monitoring, sequencing control and PGOOD routing. MaxLinear says these new features provide the Raspberry Pi 3 Model B+ with more knowledge and control of power status and performance than previous systems using discrete power management solutions. "We worked closely with Raspberry Pi all the way from product definition to product release,” Tuomas Hollman, MaxLinear Senior Director of Marketing, Power Management Products, said in a press statement. "This very open collaboration resulted in the MxL7704, which provides five rails pre-optimized for ease of use in single-board computer systems, with a host of features that allow monitoring, telemetry and additional flexibility."

Chris Breslin, SVP Product at Newark element14, a top distributor of Raspberry Pi boards, told Design News, the new features of the Model B+ should make it an even more attractive offering for professional-level use cases. Breslin said that Newark element14 is expecting to see the Raspberry Pi increasingly adopted as an embedded device as engineers look for ways to bring products to market faster and with fewer resources. “We talk to our customers as part of our day-to-day relationships and we are seeing the Raspberry Pi increasingly adopted as an embedded device,” Breslin said. “We have recently held a couple of focus groups to help understand how our customers use the board in embedded applications, and what they would want to see in the next one. This board pretty much ticks every box on their wish list.”

Breslin said the new dual-band wireless will provide a more stable connection for city center IoT applications, “Combatting the challenges of a very crowded 2.4GHz band” as well as modular certification that will save time and money since design engineers will not need to re-certify this part of the board when it's embedded into a product. “The Power over Ethernet [PoE] HAT, available from the summer, also satisfies our customers’ requests for PoE – allowing the board to be booted and powered through one Ethernet wire, and removing the need for a memory card – also satisfying, in effect, customer requests for eMMC onboard,” he said.

The new Model B+ also comes at a rather exciting moment for makers looking to explore emerging applications such as AI and machine learning. Avid users will recall last year when Google announced it was planning to bring AI functionality to the Raspberry Pi and was surveying makers, engineers, and researchers on their needs. To that end, Google recently open-sourced its machine learning and data science workflow via a new project called Colaboratory, that allows users to create web-based machine learning models that can be run on a Raspberry Pi or similar single-board computer.

Design News' Don Wilcher recently wrote a tutorial on getting started with Colaboratory and a Raspberry Pi.

Are you excited for the latest Raspberry Pi model? Share your thoughts in the comments!