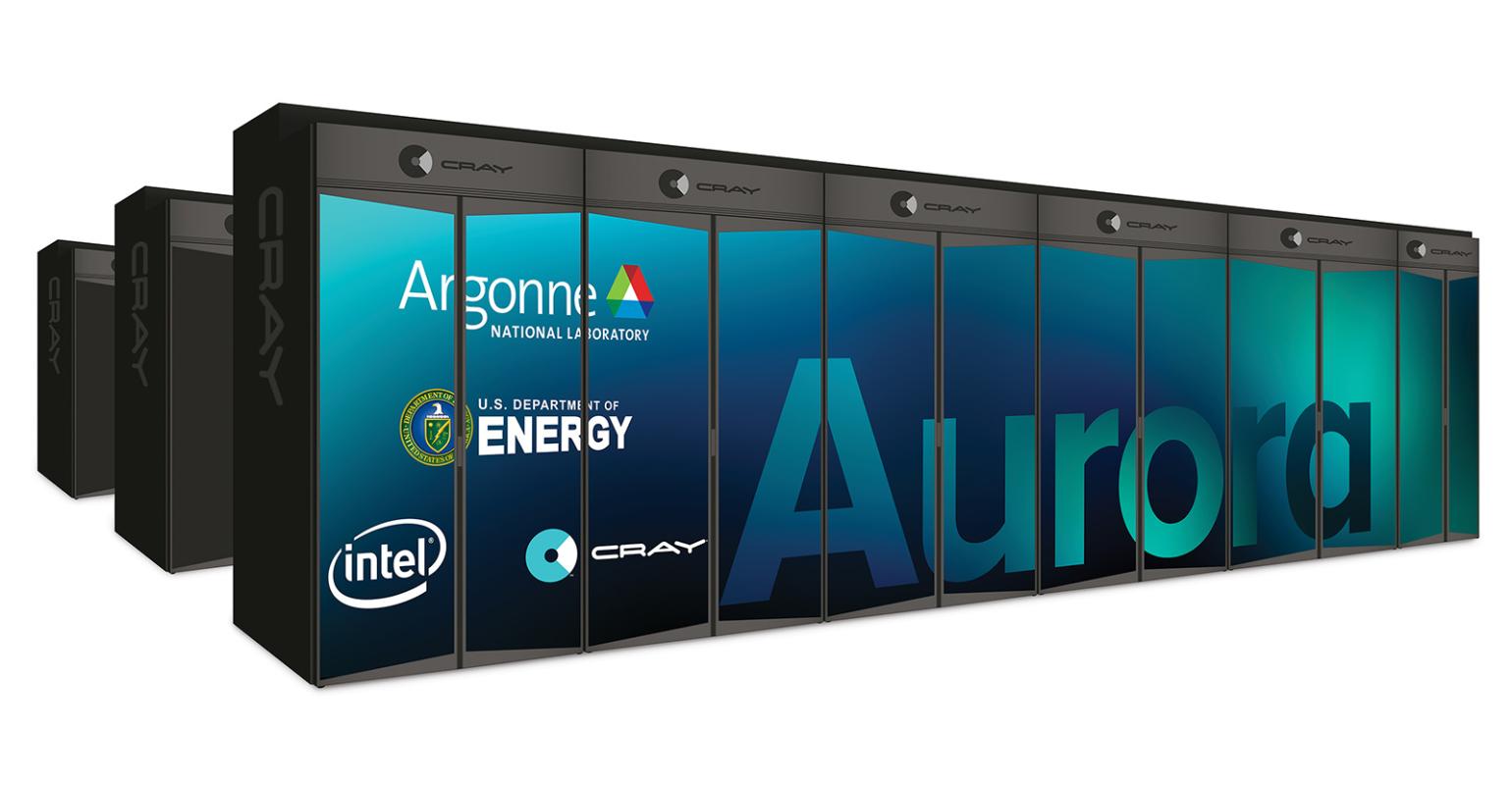 A massive $500 million supercomputer will be deployed at Argonne National Laboratory in 2021.The lab is already targeting a wide variety of engineering applications.

A breathtakingly fast computer being developed by Cray Inc. and Intel Corp.may help address some of the world’s most inscrutable science and engineering problems, ranging from the origin of the universe to the development of cheap, high-energy, electric car batteries.

The machine, known as Aurora, will be unlike any computer ever built. Operating at a quintillion calculations per second, it will be five to ten times faster than today’s speediest supercomputers. It will cost more than $500 million, use more than 200,000 processor cores, burn multiple megawatts of power, and calculate six billion times faster than a Cray-1 – the machine that put supercomputing on the map 40 years ago.

“It’s a basketball court of computing cabinets, every one interconnected with the other in a high-performance network, doing a billion-billion operations per second,” Peter Ungaro, CEO of Cray, Inc., told Design News.

Significantly, Aurora’s formidable technology will be available, not only for huge scientific modeling projects, such as climate change studies, but for engineering applications, as well. Argonne National Laboratory, which will take delivery of the machine in 2021, has plans for it outside the world of pure science. Researchers there foresee it being used for computational fluid dynamics analysis of cars and aircraft, in the development of new materials for EV batteries, for simulation of autonomous vehicles, for creation of future CMOS chips for the electronics industry, and in countless other applications. Argonne, which calls itself an “open user facility,” expects to allocate portions of the machine’s number-crunching capability to many commercial engineering concerns with big computing needs

Moreover, the technology that emerges from Aurora will trickle down to corporate users at their own sites. Refrigerator-sized computing cabinets – Aurora will employ 200 of them – will be made available individually for purchase. “That’s a huge part of the excitement of building machines like these with commodity technology,” Ungaro said. “These are very good general-purpose machines for the average engineer to take advantage of.”

Argonne Labs refers to Aurora’s prodigious calculating capabilities as “exascale” computing – meaning that it will do 1018 calculations per second. To put that in perspective, a person adding 1+1+1 into a hand calculator once per second, without time off to eat or sleep, would need 31.7 trillion years to do what Aurora will do in one second. That computing speed will make it five to ten times faster than today’s fastest supercomputer, the Summit machine at Oak Ridge National Laboratory in Tennessee.

Such capabilities are considered necessary to address extremely large computing problems, many of which call for huge numbers of data points. “The type of chemistry and physics going on in these problems is at such a fine scale, and has such a high computational demand, that we wouldn’t be able to do it without an exascale machine,” noted Katherine Riley, director of science for Argonne Labs’ Leadership Computing Facility. “This is going to help us ask more substantial questions than we would have been able to ask, even on Summit.”

The ability to ask those questions is largely dependent on the machine’s processors, which will come from Intel Corp. Intel will supply an unspecified quantity of future-generation Xeon scalable processors, along with the Xe compute architecture, a future generation of Optane DC Persistent Memory, and Intel’s One API software.

The construction of the machine represents a departure from the old days of supercomputing, when companies like Cray Research would design and build custom supercomputers from end to end. Cray’s legendary founder, Seymour Cray, was widely known for his ability to do everything, from the writing of the Boolean logic to development of the processor to construction of the cooling system. The Cray-1, which changed the industry with its top speed of 167 million floating point operations per second in 1976, used a single three-foot-by-five-foot processor incorporating 25 miles of wiring. The entire machine was contained under the pads of a large semi-circular couch.

In contrast, the Aurora machine will call on Cray, Inc. to play a wholly different role. Cray will essentially provide the infrastructure – a next-gen supercomputer architecture code-named Shasta, a scalable interconnect system code-named Slingshot, and a programming environment, including compilers, libraries, and tools. It will also supply 200 refrigerator-sized cabinets, each about four feet wide and five feet deep, to house the computing components.

Ungaro said, however, Cray’s development role for Aurora calls for it to draw on its roots as an end-to-end builder of high-speed computing machinery. “Our focus is very similar to what Seymour Cray did back in the day,” he told us. “We figure out what components you need to overcome the (computing) bottlenecks, and we do those.”

Design and construction of Aurora is now taking place in multiple locations. Intel is developing processors and software in Santa Clara, CA, while Cray is doing work in Seattle, Minneapolis, San Jose, Austin, and in its old research center of Chippewa Falls, WI. In 2021, Intel and Cray will assign engineers to support deployment of Aurora at Argonne Labs, near Chicago.

Argonne scientists say they already have projects, big and small, lined up for the day Aurora goes live. “We’ve got projects targeting Aurora, from really big simulations to millions of smaller ones,” Riley said.

Not the least of those is EV battery research, which is being done by Argonne battery engineers. “That’s one of the places we expect Aurora to be very powerful,” Riley told us. “Aurora allows you to explore, and maybe even mine, for materials that might have better properties for battery designs.”

Argonne said that engineering teams with big computing needs can apply for time on Aurora at the lab’s website. For large allocations of time calling for 5% or 10% of the machine, engineering teams would need to go through a peer review process.

The goal, Ungaro said, is to bring supercomputing to a broader user base than has been the case in the past. “I think people believe today that supercomputing is for the rich and famous of science and engineering,” he told us. “But a single cabinet of this machine will one day be sold for much less than engineering companies now pay for a (compute) cluster that’s used for crash testing.”