HomeElectronicsPredictive Maintenance System Curbs Pump Downtime
Recent
Electronics
Argo AI Expands to Austin and Miami in Search of More Challenges
May 18, 2022
12 Ideas that Could Change the World
May 18, 2022
Making the AC Power Main Intelligent
May 18, 2022
How to Make Sure Your Digital Transformation Doesn’t Fail
May 18, 2022
POLL
The Internet's Grooviest Slideshow of Legendary International Scouts
May 17, 2022
Electronics Industry Bolsters Root of Trust Security Efforts
May 17, 2022
3 Tips for Embedded Software Configuration Management
May 17, 2022
Novel 3D Printing Method Used to Replenish Coral Reefs
May 16, 2022 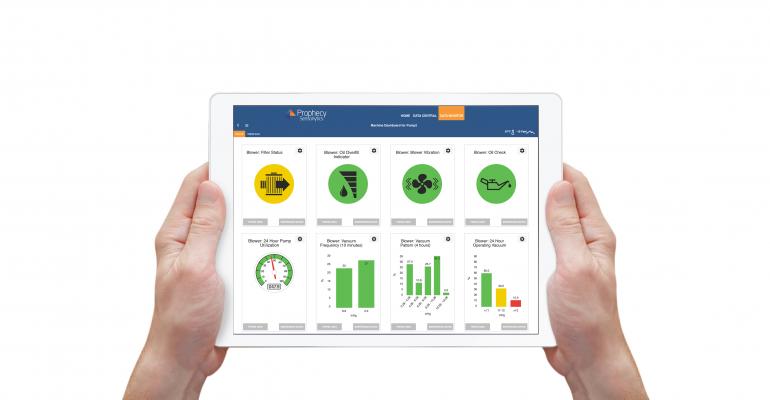 Every year, countless manufacturers struggle with unplanned downtime after a pump or blower unexpectedly fails. In the worst cases, the pump or blower can take down a whole process line, leading to major revenue losses.

Now, however, a new sensor-based, predictive maintenance and analytics system offers hope for such scenarios. PumpSense -- which combines sensors, software, and wireless communications -- promises to tell factory floor managers when a pump or blower is deteriorating and, if so, why. The product is designed for integration by OEM pump manufacturers.

Although diagnostics systems for pumps and blowers have existed previously, Prophecy Analytics claims its new system is a departure from the past in several key ways: It’s simple, inexpensive, wireless, always on, and more deeply analytical than predecessors.

The key to the system is its use of cloud-based servers to analyze the 24-hour, seven-day-a-week stream of data from the pumps and blowers. It uses a MEMS sensor and vacuum sensor mounted on the pump to measure such variables as vibration, temperature, pressure and vacuum. It then “talks” via Bluetooth wireless to a hub, which gathers and converts the data, and sends it along to an Internet-based router. From there, data goes to cloud-based servers that run predictive analytics software and then send the results back to an app on a tablet or smartphone. The handheld device then displays vital information, such as filter and oil status, bearing conditions, vibration data, and vacuum performance, among other parameters. Color-coded data windows -- green, yellow, and red -- alert users to the urgency of the information.

The use of wireless is important because it simplifies set-up and reduces the cost of the system, Prophecy Sensorlytics says. In the past, manufacturers sometimes used Ethernet cables to make connections, but such systems could be challenging near crowded, dirty process lines, Pal said. To solve the problem, Prophecy Sensorlytics created its own proprietary middleware to enable wireless connections to “self-repair” in the event of temporary disconnection. That way, the system is always on, and always streaming data, Pal said.

Moreover, the system’s analytics eliminate the need for outside experts to make sense of the data. “In the past, you would have needed expertise on staff, or you would have had to consult with a third party to get any value out of your data,” noted Jim Zinski, president and chief operating officer of Prophecy Sensorlytics. “With this product, the analytics are done in the cloud and summarized on a dashboard, which also lets you view the underlying trends.”

The goal for all the products is to help manufacturers promote uptime, Pal said. That way, time and revenue aren’t lost, and factory floor interruptions are minimized. “You should always be able to know if something catastrophic is coming, and stop the unplanned downtime,” Pal said.