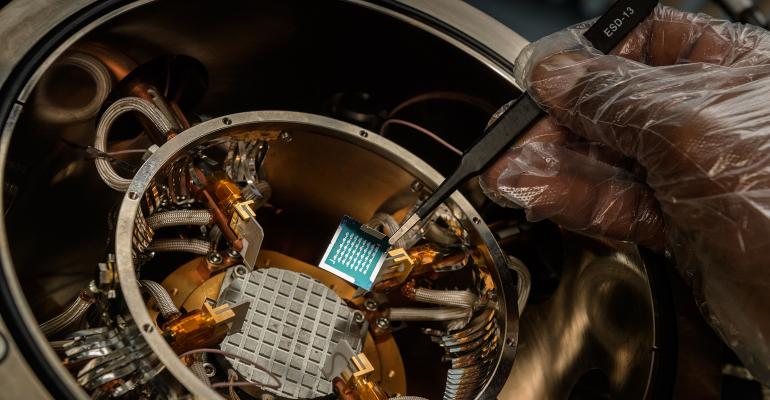 Researchers have combined an insulator and a semiconductor to create an organic plastic material for electronics that can withstand high temperatures.

It’s been historically difficult to design electronics that can perform well at high temperatures. Now researchers at Purdue University have made a breakthrough in this aim by blending two organic materials together into one plastic that can reliably conduct electricity in up to 220 degrees Celsius, they said in a Purdue news release.

These materials could be extremely useful not just for common applications like an overheating iPhone, but also for electronics and other materials needed for space exploration, high-performance sensors, and the aerospace industry.

“Commercial electronics operate between minus 40 and 85 degrees Celsius. Beyond this range, they’re going to malfunction,” said Jianguo Mei, an assistant professor of organic chemistry at Purdue University. “We created a material that can operate at high temperatures by blending two polymers together.”

Researchers combined a conventional insulating polymer and a semiconductor, using some creative material blending to achieve their results, said Aristide Gumyusenge, a graduate researchers at Purdue who also is a lead author on the research published in the journal Science.

“One of the plastics transports the charge, and the other can withstand high temperatures,” he explained. “When you blend them together, you have to find the right ratio so that they merge nicely and one doesn’t dominate the other.”

To make their formula work, researchers discovered that the two materials must be used in the same ratio as well as be compatible to mixing. The result of this is a material with an organized, interpenetrating network that allows the electrical charge to flow evenly throughout while holding its shape in extreme temperatures, researchers said.

Not only is the organic plastic material able to conduct electricity in extreme temperatures, its performance also doesn’t seem to change, researchers said. This is significant in that the polymer blend can remain stable across a wide temperature range, not behave better at more mild temperatures.

Useful in a Desert

This characteristic paves the way for electronics that can work equally well in a climate-controlled office or in temperatures typical in a desert, said Brett Savoie, an assistant professor of chemical engineering at Purdue.

“A lot of applications are limited by the fact that these plastics will break down at high temperatures, and this could be a way to change that,” he said. “Solar cells, transistors, and sensors all need to tolerate large temperature changes in many applications, so dealing with stability issues at high temperatures is really critical for polymer-based electronics.”

Electronics that can withstand extreme temperatures aren’t just useful in extreme situations, either. These types of electronics are critical to devise next-generation applications for every-day uses like automobiles and airplanes, researchers said.

Using materials like the one developed at Purdue, engineers could directly attach sensors to a car’s exhaust to help operators get a better reading on fuel consumption, for example. Aviation engineers also could add more sensors to heat-sensitive places in aircraft for better monitoring.

Researchers plan to continue their work not only to find the high end of the temperature spectrum for the material, but also its low end. The latter is key to making electronics work in freezing temperatures, something that’s more difficult than in extreme heat, Mei said.