HomeElectronicsOcutrx Uses AR To Fix Your Vision
Recent
Electronics
Air Force Puts F-15EX Eagle II into Operational Testing
Dec 07, 2021
Biomaterial-Cell Binding Technology Opens New Possibilities for Medical Implants
Dec 07, 2021
Video Gaming and the Future of Medical Devices
Dec 07, 2021
3D Print a Doll of Yourself and Other Strange Objects
Dec 06, 2021
POLL
The Top Generative Design Companies You Need to Know
Dec 06, 2021
Industry 5.0 Is Coming. Here’s Why You Should Care
Dec 06, 2021
What the Omicron Variant Could Mean for the Medical Device Industry
Dec 06, 2021
How to Build a Better Food & Beverage System with Non-Corrosive Bearings
Dec 06, 2021 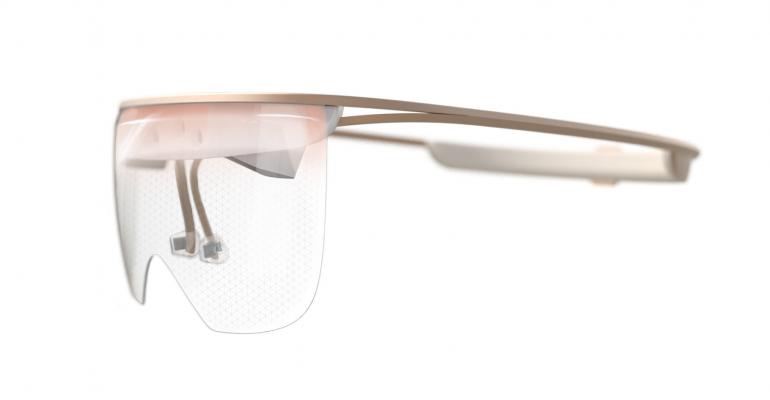 Ocutrx Vision Technologies is designing an augmented reality headset that will function as a tool for vision correction.

Could augmented reality be the next breakthrough in vision care? California-based Ocutrx Vision Technologies isn't aiming to be just another startup offering a generic, multi-use AR headset. While the company says its Oculenz headset could be used for more a variety of enterprise applications, the headset is truly focused on being a vision correction tool for a number of conditions ranging from macular degeneration to amblyopia (lazy eye).

Company COO Mitch Freeman was on hand as part of the recent 2020 Pacific Design & Manufacturing conference (PDM) to demonstrate a prototype of the company's headset. Key to the headset's therapeutic applications are an array of machine learning algorithms working in conjunction with eye-tracking technology.

The Oculenz conducts two initial tests with a wearer – one for tracking static objects, another for dynamic objects. Using these tests the headset can determine any blindspots in the wearer's field of vision. As we age our eyes can develop damaged areas with no vision called scotomas. The Oculenz locates these scotomas and shifts images (such as letters and words) outside of the scotoma so they are visible to the wearer. After some adaptation, the brain is tricked into ignoring the scotoma entirely.

In summer 2019 Ocutrx completed its first pre-pilot patient trial study for its technology. Tests conducted on 68 subjects, aged 54-76, showed the Oculenz was able to significantly improve the subjects' ability to read a logMAR chart (the chart of varying sized letters that anyone who has had an eye exam will be familiar with).

At best, subjects were able to read up to five lines more with the Oculenz than without. Speaking with Design News' sister publication, MD+DI, about the study, Ocutrx's CEO Michael Freeman (brother of Mitch) said, “Everyone in this study had not read in at least one-to-three years and could read no more than two letters on the top line of the logMAR chart.”

The results of the test are encouraging as the company pushes to get its product to the wider market. Speaking to Design News at PDM, Mitch Freeman said Ocutrx originally didn't want to design their own hardware, but found other products on the market lacking. “Most AR big players have designed glasses based on the mass market,” he said. “We had a specific use case and we realized the specs on the mass market products weren't going to do what we needed.”

Those requirements included a larger than average field of view to capture as much of a human's natural field of vision as possible, as well as chipsets that could support AI and other technologies the company is planning for the final product. Freeman said they've been using Qualcomm chipsets from the beginning but are particularly excited to use the new XR2 chipset, which will accommodate AI processing as well as 5G connectivity. The final model of the Oculenz will also implement a version of simultaneous localization and mapping (SLAM) technology for location tracking. By knowing the wearer's location the headset could help them avoid obstacles and navigate areas more easily.

There is also the company's patented “Dynamic Opacity” technology, which will allow the lens to become entirely shaded based on external brightness such as sunlight, or even become completely blocked out for virtual reality applications.

But the real innovation, Freeman said, is that the lenses will also be able to occlude themselves in specific regions – blocking out only sections of the wearer's vision. Doing this opens the headset up to more therapeutic applications, such as treating amblyopia.

“The current technology is to put a patch over a kid's eye and tell them to practice with their bad eye. But kids don't like to use a patch for a number of reasons,” Freeman said. “With [dynamic opacity] we can pacify one eye and use the tracking camera to play games with the bad eye.” He said some form of gamification will be particularly important with younger patients to keep them engaged long enough for effective treatment. “With amblyopia patients, if the brain doesn't learn to use the bad eye by age 10 it disconnects from that eye forever.”

The current iteration of the Oculenz headset is too large for anyone (especially a child) to want to wear it all day. But hands-on it is lighter and more balanced than one would expect. Freeman said, however, that Ocutrx realizes in order to bring the Oculenz to market successfully it will have to come in a lighter, more familiar form factor.

“We're working on miniaturizing the headset to a form factor more similar to reading glasses,” he said. “New miniaturization and microdisplay technology, as well as improvements in processing technology, are putting us well on the way there.”

No public release date has been announced for any version of the Oculenz yet, but the company has said it is currently working with the FDA for approvals on the device and will be conducting further clinical tests going forward.