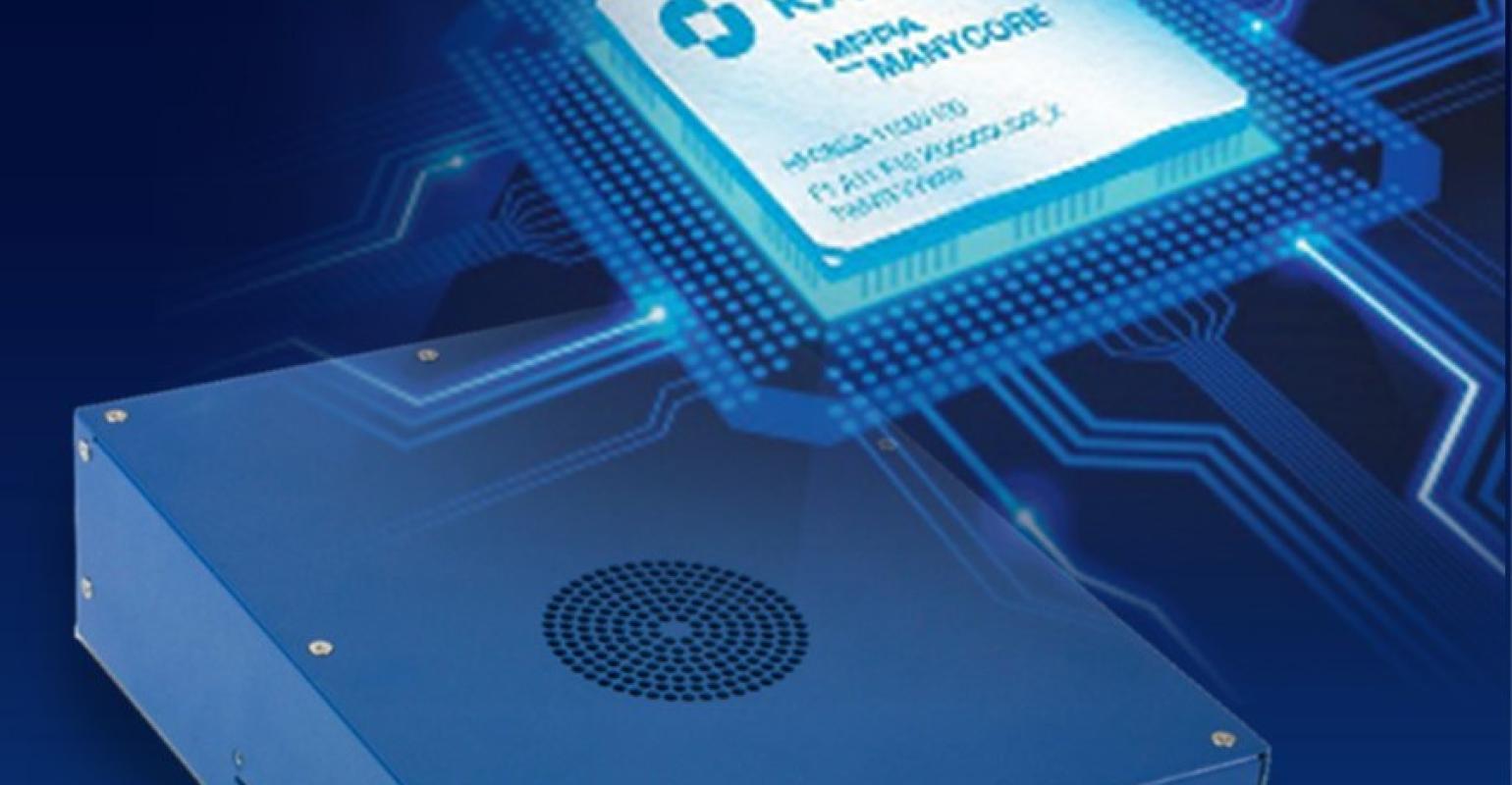 <p><strong>How to Build an Autonomous Chip</strong></p><p><strong>Thursday, August 29 • 3:15 PM - 4:00 PM</strong></p><p><strong>Location: Room 206</strong></p><p>Level 3 autonomy is here and Level 4 is right around the corner. The push for vehicle technology is having a massive impact on <a href="https://www.designnews.com/electronics-test/battle-ai-processors-begins-2018/212131505757984" target="_blank">chip design</a>, transforming the ways chips are designed and built and what IPs are used. Join a panel of experts from Semiconductor Engineering, Dell, Qualcomm, Drako Motors, Synopsis, and Mentor as they discuss the new landscape of chip design for automotive and how advanced electronics will eventually bring vehicles to Level 5 autonomy.</p><p><em><em>(Image source: NXP Semiconductors/Kalray)</em></em></p>
NXP’s BlueBox computing engine will add processing capability that will set the stage for fully autonomous driving.

Competition in the autonomous-drive computing space will heat up today, as NXP Semiconductors N.V. announces a partnership with Kalray to boost the performance of its automated vehicle hardware.

The announcement, to be made today at the Consumer Electronics Show in Las Vegas, places NXP in more direct competition with the likes of Nvidia Corp. and Intel Corp., which are now recognized as two of the leaders in high-performance computing for self-driving cars.

The new partnership addresses a growing need for solutions that go beyond Level 2 automated driving all the way to full autonomy (Level 5). “We’ve been successful at addressing the ADAS (advanced driver assistance systems) market at Level 0 through Level 2,” Kamal Khouri, vice president and general manager of ADAS for NXP, told Design News. “But one of the questions we keep getting asked is, ‘What are you doing for Level 3, 4, and 5, where these other companies have a pedigree in high-performance computing?’”

The partnership is NXP’s attempt to answer that question. The two companies plan to co-develop a computing platform combining NXP’s S32 automotive processor with Kalray’s MPPA massively parallel processor. In a self-driving vehicle, the S32 would serve as the host processor, while the MPPA would handle machine learning chores.

NXP plans to incorporate the new computing platform into its existing BlueBox ADAS product. BlueBox, which was introduced in 2016, is an automated driving enclosure containing an array of ARM Cortex-A72 and Cortex-A53 processor cores. NXP engineers said that the next iteration of BlueBox will remain essentially unchanged, except for the addition of a slot for the new NXP/Kalray solution.

Prior to the addition of the Kalray MPPA, BlueBox offered only the ability to plan a route and safely maneuver a vehicle. With MPPA, however, BlueBox will now be able to offer “perception and modeling” capabilities—that is, it will allow a vehicle to see, become aware of, and identify its surroundings through the use of sensors. By doing so, BlueBox will reportedly enable vehicles to make the transition to higher levels of autonomy.

Moreover, NXP and Kalray contend that their partnership enables a safe transition to SAE Levels 3, 4, and 5 because the system’s architecture emphasizes security over raw computing power. The key, they say, is partitioning of functions within the hardware and software. “If you can isolate your hardware and dedicate it to a specific function, it’s much easier to reach the levels of security and safety that are required,” Eric Baissus, CEO of Kalray, told Design News.

The emphasis on safety and security distinguishes the new platform from entries of competitors, said Ian Riches, an analyst from Strategy Analytics Inc. “Nvidia has been aiming more for the stars, and has been producing more and more gigaflops,” he said, “whereas NXP and Kalray are taking a more targeted approach at the real-word features you’ll need over the next five years.”

The goal for all competitors in the autonomous vehicle computing space is to offer architectures that will support machine learning and artificial intelligence (AI), both of which are considered necessary for the complete evolution of self-driving cars. The question on the minds of vehicle developers is how much computing horsepower will be needed to adequately support those AI capabilities.

Riches said that the emergence of the NXP-Kalray partnership raises the level of competition in the growing arena of autonomous vehicle computing. “It has become a bit too easy and too lazy to characterize the market as an Nvidia-Intel duopoly,” he told us. “There are other competitors out there who are closer to the real market, such as NXP-Kalray and Renesas.”