NXP Doubles Down on Automotive Radar with China Partnership 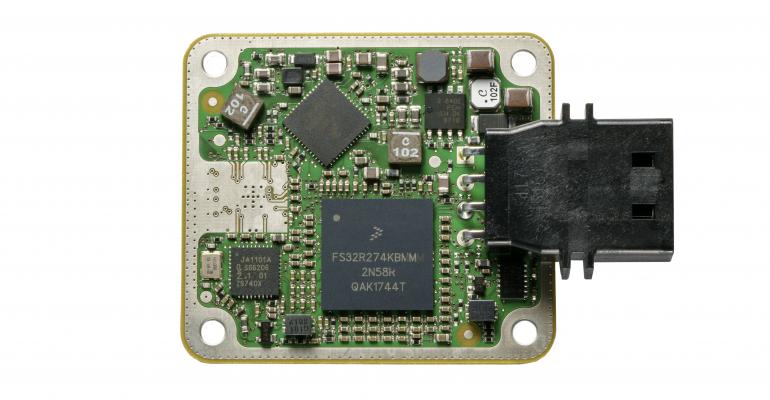 Strategic collaboration between NXP and Hawkeye Technology could aid in development of advanced forms of automotive radar.

NXP Semiconductors N.V. is accelerating its move into automotive radar by partnering with a supplier that could cement its foothold in the Chinese market, while helping with development of so-called “imaging radar.”

NXP said last week that the strategic collaboration between it and Hawkeye Technology Co., Ltd. is both a business and a technology play. The collaboration could open the door for the Dutch chipmaker to play a bigger role in China, where the growth rate of automotive radar is approximately twice that of the rest of the world. But at the same time, it gives the company access to research in advanced forms of radar that could one day compete directly with the LiDar systems used on today’s autonomous test vehicles.

“At NXP, it’s our ambition to get as close to LiDar as possible with significantly lower system costs,” Steffen Spannagel, general manager of product line ADAS for NXP, told Design News.

As part of the strategic collaboration, NXP invested an undisclosed sum in Hawkeye Technology, which will build radar sensor modules using front-end transceivers and microcontroller chips from NXP. Hawkeye will combine the NXP reference designs with its own antennas, radar software, and radar firmware. It will then provide those modules mostly to the Chinese automotive market, where the compounded annual growth rate of radar is about 40%, or about twice that of the rest of the world.

NXP said that the move to the more advanced systems is largely responsible for the huge growth rate in automotive radar. Whereas today’s production vehicles typically use between one and three radar sensors for Level 1 and Level 2 ADAS, future vehicles may employ as many as 6-10 radar chips on Level 4 and Level 5 vehicles. Moreover, such vehicles will also need more powerful processing to go with the radar chips.

“You’ll have more cars with radar, each car with more sensors, and within each sensor, you’ll need more ICs to get better performance,” Spannagel said.

The collaboration between NXP and Hawkeye could also have other, more far-reaching benefits, Spannagel said. Hawkeye is closely linked with Southeast University in Nanjing, which is considered a leading radar research center. That association could be a key in helping both companies to develop so-called “imaging radar.”

Imaging radar, which operates in the 77-GHz range, is expected to offer advantages over other autonomous car sensors, such as optical- and ultrasonic-based systems, as well as LiDar, in some cases. Imaging radar can potentially recognize objects in the roadway, such as a bike, a person, or a semi-truck. It can also see through bad weather conditions – rain, fog, or snow – in a way that even LiDar can’t do. The technology, however, is not yet fully developed for automotive applications.

Many Tier One suppliers and a few chipmakers, including Analog Devices, Inc., are said to be working on imaging radar technology. Most believe that it would be at most one-fifth the cost of LiDar, but they’re not sure whether it would serve as a complement to, or as a replacement for, LiDar. Today, OEMs building autonomous cars typically use LiDar on their test vehicles.

NXP said it is setting its sights high for the developing technology. “We have the ambition to improve radar so much that we preferably would not need LiDar,” Spannagel said. “Whether that view would be shared by each and every automotive OEM, we don’t know.”