NXP Chipset Could Lay Foundation for New Services in the Car 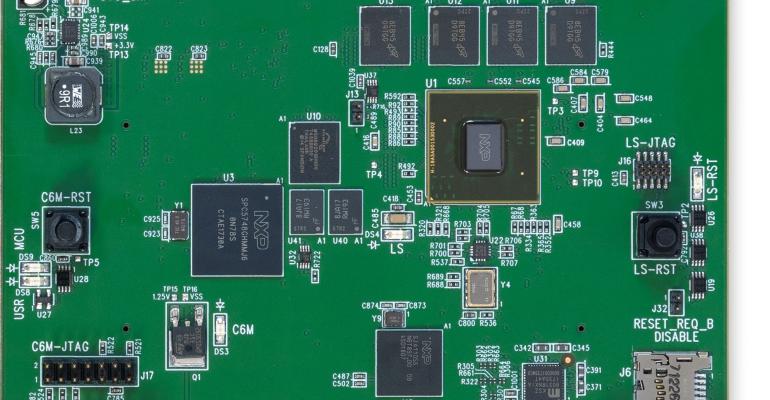 Processors would enable faster communications, setting the stage for vehicles to use data in new ways.

Known as MPC-LS, the new chipset will serve as a computing foundation for so-called “service-oriented gateways,” which could monitor vehicle health, perform prognostics, watch driver behavior, and do myriad other functions. “It’s a catalyst to unlock all the connected vehicle data that’s going through the car,” Brian Carlson, director of product line management for connectivity and security ay NXP, told Design News. “With this chipset, there’s now a way to harness all that information.”

The chipset, which builds on NXP’s long experience with automotive gateways and enterprise networking technology, combines the company’s MPC5748G microcontroller with an LS1043A communications processor. It includes ARM quad-core processors for applications, 10-Gbit Ethernet with hardware acceleration, real-time processing of vehicle data from CAN, LIN, and FlexRay buses, and embedded hardware security.

NXP engineers, who’ve been working with a small group of customers on the technology for two years, want the chipset to serve as a foundation for gateways that take the auto industry in a new direction. They believe the connected-vehicle market is growing dramatically and that there’s a need for a new breed of gateways that can handle the massive amount of information zipping through the vehicle. “Some of the high-end vehicles now have 150-200 ECUS on board that are generating data,” Carlson said. “All that data has to go somewhere, and it’s going to go through the gateway.”

NXP foresees the service-oriented gateways differing from predecessors in one big way: Processing capability would be in the gigabit-per-second range. “It goes far beyond the kilobit and megabit interfaces that you currently have in a gateway,” Carlson said. “So now you would have all these services coming into a play because you’d have an application processor.”

During operation, the gateway would process raw data from vehicle sensors and send it as information up to the cloud. It would also receive over-the-air updates from the cloud for use by the vehicle. Such capabilities call for a massive amount of on-board processing, NXP said.

For automakers, the benefit of such technology lies in the creation of new revenue streams. The vehicle, for example, could gather data for predictive diagnostics on the brakes, battery, engine, or transmission. “With all that data, you would have the ability to predict if there’s going to be a failure in the near future,” Carlson said. “If it knows there’s going to be a failure, it could notify the driver and notify the supply chain, so there could be a replacement part ready.”

The service-oriented gateway could also download car-sharing apps or driver behavior software, which would enable it to gather insurance-related data. Such data could allow automakers to team with insurance companies or even go into the insurance business themselves.

NXP expects gateways using the new chipset to go into volume vehicle production sometime in 2020. The semiconductor maker believes that the introduction of such gateways will serve as a springboard for innovation around the vehicle. “Think about when smartphones first came out,” Carlson said. “This is very similar. It becomes a platform for innovations and services that we may never have considered up to now.”