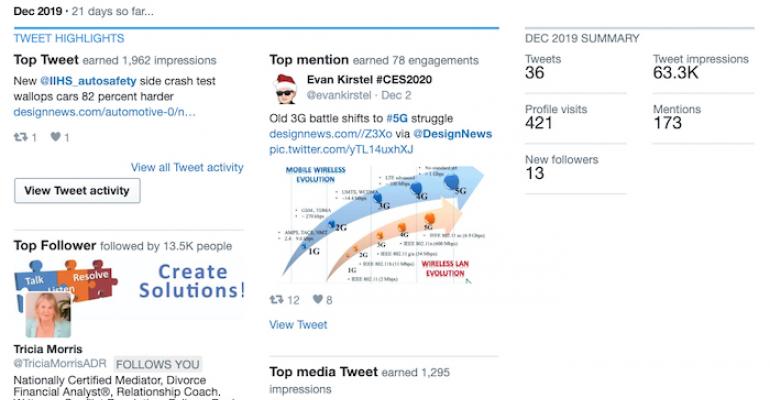 Check-out this year’s top tweets, engagements and impressions to gain valuable insights into trends for next year.

2019 was a year of growth for Design News on Twitter. All metrics were up including tweets, followers, impressions, and engagements.  Reviewing the highest monthly tweet metrics on a yearly basis provides viable insights for what topics will be hot in the coming year.

In case you’ve forgotten the significance of these social media counters, here’s a quick review: