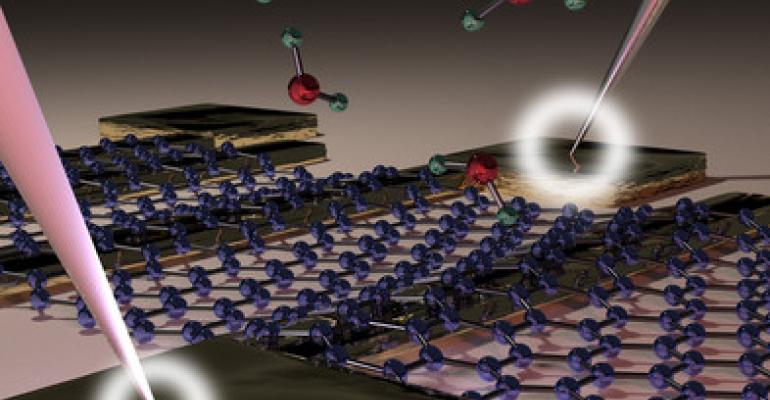 A European team of researchers has found a way to make graphene-based circuits immune to humidity for use in environmental sensors.

Engineers love graphene for its versatility, strength, and electrical conductivity. However, one drawback to its use in electrical applications, such as sensors, is that it is sensitive to humidity.

A research team from Europe think they have found a solution to this limitation. They've discovered that when graphene binds to the metal of electronic circuits, the contact resistance—or the part of a material's total resistance due to imperfect contact at the interface— it is not affected by moisture.

“This will make life easier for sensor designers, since they won't have to worry about humidity influencing the contacts, just the influence on the graphene itself,” Arne Quellmalz, a PhD student at KTH Royal Institute of Technology in Sweden and the lead researcher on the project, told Design News.

Companies SenseAir AB in Sweden and Amo GmbH in Germany as well as the Catalan Institute of Nanotechnology (ICN) in Barcelona also collaborated on the project, which is called the European CO2-DETECT project. The team published a paper describing their work in the journal ACS Applied Materials and Interfaces.

Quellmalz and his team have applied their knowledge and a new approach they developed to create the first prototypes of graphene-based sensors that can measure carbon dioxide (CO2) by means of optical detection of mid-infrared light and at lower costs than with other technologies.

Since CO2 is makes up the majority of greenhouse gas, environmental scientists have a vested interest in being able to accurately detect its presence in the air. The CO2-DETECT project is one example of researchers from different institutions coming together to collaborate on new technology toward this goal.

Graphene is an atomically-thin sheet of carbon atoms with extraordinary conductivity and mechanical properties, and is being used by scientists in myriad applications— one of which being the manufacture of sensors that turn environmental parameters into electrical signals that can be processed and measured.

To ensure its effective use in these sensors, however, graphene needs to make efficient electrical contacts when integrated with a conventional electronic circuit.

While the contact resistance between graphene and the circuit is not affected by humidity, the material itself is sensitive to the water molecules in the surrounding air that are absorbed onto its surface. This can change the electrical resistance of graphene, which introduces a false signal into the sensor.

What Quellmalz’s team did to address this issue is to use graphene together with gold metallization and silica substrates in transmission-line model test structures, as well as computer simulations, he said.