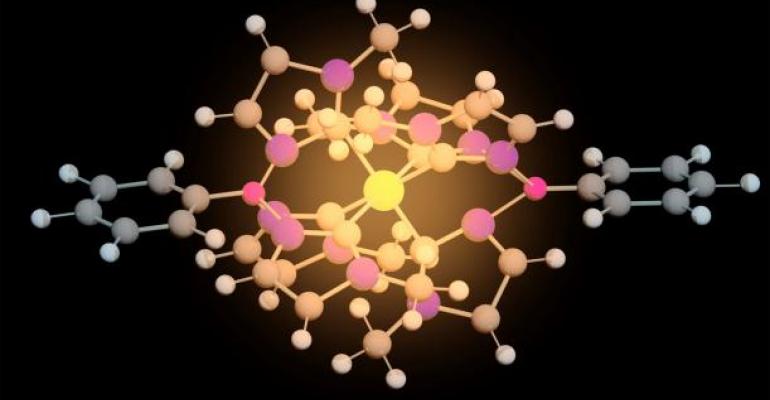 A newly created metal molecule developed in Sweden could be used in solar-energy and fuel applications to make them more cost efficient.

Researchers have created a metal molecule that could bring down the cost of solar cells by replacing the more expensive and rarer metals used in their production today. Specifically, a team at Lund University in Sweden has created an iron molecule that can work both as a photocatalyst to produce fuel and in solar cells to produce electricity, they said in a Lund University news release.

With iron present in six percent of the Earth’s crust, the metal is significantly easier to source than rare metals, such as ruthenium, osmium, and iridium, typically used in this type of technology, said chemistry professor Kenneth Wärnmark of Lund University, who led the research. “Our results now show that by using advanced molecule design, it is possible to replace the rare metals with iron, which is common in the Earth’s crust and therefore cheap,” he said in the news release.

Some photocatalysts and solar cells are based on a technology that uses metal complexes to absorb solar rays and use their energy. The problem is, these metals are typically rare and thus expensive and difficult to source, driving up the cost of the technology in which they are used.

For some time, Wärnmark and his team have worked to find alternatives to expensive metals, focusing on iron because of its prevalence. In previous research, they already produced their own iron-based molecules and proved that they could potentially be used for solar-energy applications, he said.

Their latest research demonstrates the development of a new iron-based molecule that can capture and use the energy of solar light for a long enough time that it can react with another molecule. The molecule also can glow long enough so researchers can, for the first time, see iron-based light with the naked eye at room temperature. Researchers published a paper on their work in the journal Science.

Indeed, even researchers were surprised at how quickly they were able to turn an iron molecule into a material for photochemical applications, with properties on par with far more expensive and much rarer metals, Wärnmark said. “We believed it would take at least ten years," he said. His team—which also included researchers from Uppsala University and the University of Copenhagen—managed to do it in five.