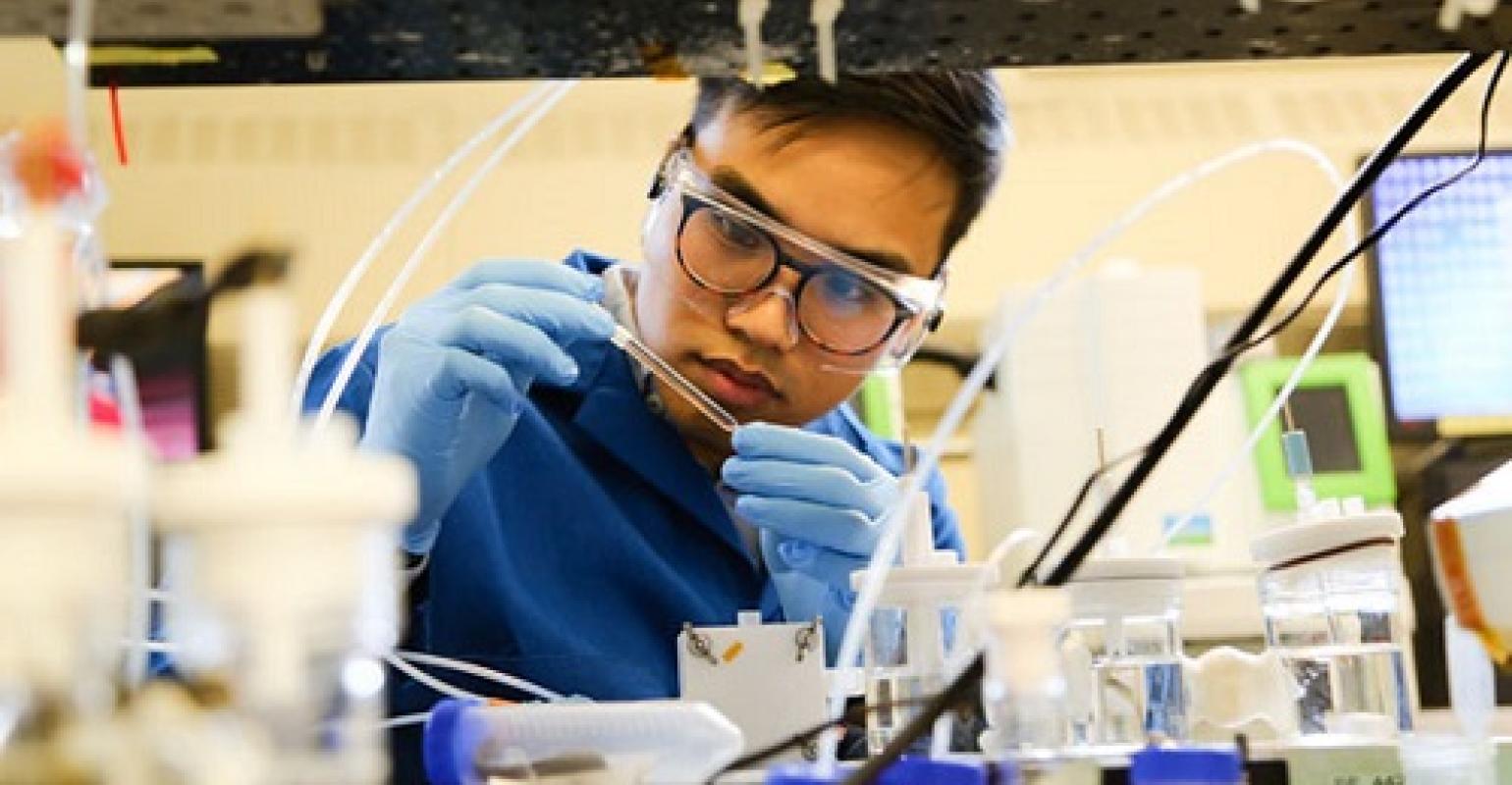 Researchers at the University of Toronto are a step closer to achieving a complete artificial photosynthesis system for the development of clean fuel with a new catalyst.

An artificial way to convert carbon dioxide into energy—also known as artificial synthesis—is a key goal for energy researchers trying to develop clean and alternative fuels.

Now researchers at the University of Toronto are a step closer to developing a complete artificial photosynthesis system with a new catalyst that solves a key problem they’ve encountered in their work to build that system.

An artificial photosynthesis system mimics how plants and other photosynthetic organisms use sunlight to convert carbon dioxide and water into molecules that later can be used for fuel. These systems can be extremely beneficial for the development of clean fuel; however, they are tricky to develop, said Phil De Luna, a PhD candidate and one of the researchers on the team

“Carbon capture and renewable energy are two promising technologies, but there are problems,” said De Luna, one of the lead authors of a paper published in Nature Chemistry about the work. “Carbon-capture technology is expensive, and solar and wind power are intermittent. You can use batteries to store energy, but a battery isn’t going to power an airplane across the Atlantic or heat a home all winter; for that you need fuels.”

The system that De Luna—with co-lead authors Xueli Zheng and Bo Zhang and their supervisor, Professor Ted Sargent—have been working on is comprised of two linked chemical reactions, just like photosynthesis is. One of the reactions splits water into protons and oxygen gas, and the other converts carbon dioxide into carbon monoxide, which then be converted into hydrocarbon fuels through an established industrial process called Fischer-Tropsch synthesis.

The team has developed high-performing catalysts for the first and second reactions over the last couple of years. However, while the second catalyst works under neutral conditions, the first catalyst requires high pH levels to be the most active, researchers said. This causes the overall process to be less efficient than it could be when the two reactions are combined because energy is lost when moving charged particles between the two parts of the system, they said.

The new catalyst outlined in the paper—developed for the first reaction that splits water into protons and oxygen gas—solves this problem. Unlike the previous catalyst for this reaction, it works at neutral pH, performing better than any other catalyst previously reported, Zheng said.

“It has a low overpotential, which means less electrical energy is needed to drive the reaction forward,” she explained. Zheng achieved her PhD at the University of Toronto and is now a postdoctoral scholar at Stanford University. “On top of that, having a catalyst that can work at the same neutral pH as the carbon-dioxide conversion reaction reduces the overall potential of the cell, Zheng added.

The new catalyst is made of nickel, iron, cobalt, and phosphorus, which are all low-cost and relatively safe to work with. Synthesis can occur at room temperature using relatively inexpensive equipment, and in tests it remained stable for a total of 100 hours.

Currently, the team has achieved overall 64 percent electrical-to-chemical power conversion efficiency for its system. De Luna said this the highest value ever achieved for this type of system; a previous one developed by the team reached only 54 percent, he said.

Researchers continue to work on their photosynthesis system at pilot scale with a goal to capture carbon dioxide from flue gas—i.e., from a natural, gas-burning power plant—and use their system to convert it into liquid fuels, they said.

“We have to determine the right operating conditions: flow rate, concentration of electrolyte, electrical potential,” De Luna said. “From this point on, it’s all engineering.”