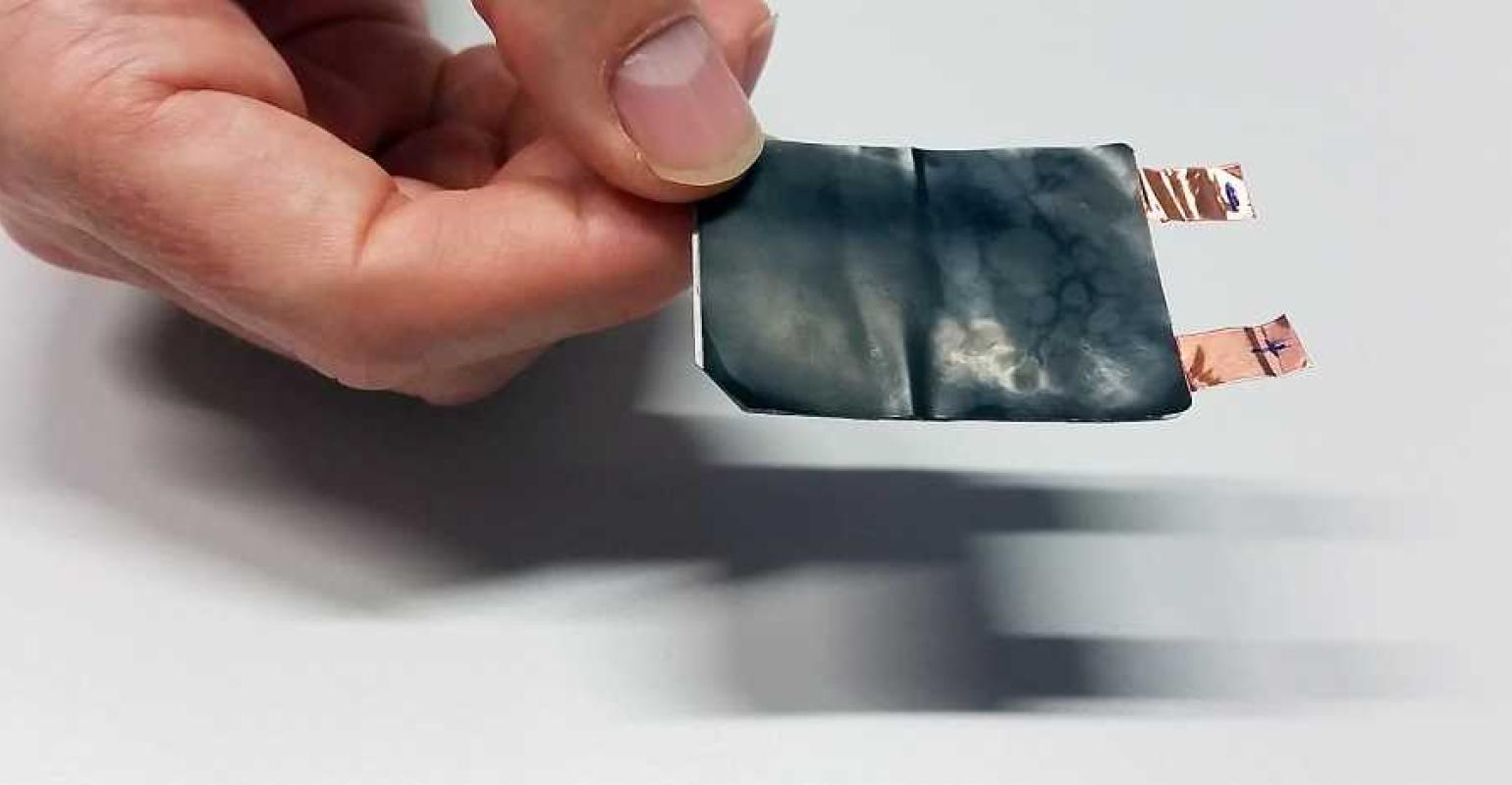 New Battery Can Be Bent, Stretched, and Twisted

A flexible battery developed by researchers in Switzerland could one day power mobile devices that can roll up.

As researchers eye flexible form factors for mobile and electronic devices of the future, it makes sense that engineers also are working to invent batteries and other components that also can stretch to accommodate these designs.

To that end, a team of researchers in Switzerland has developed a battery that can be bent, stretched, and twisted, making it well-suited for these future devices, said Markus Niederberger, professor for multifunctional materials at ETH Zurich, where the research was conducted.

“Imagine that you can roll up your cell phone or tablet and put it in your pocket,” he told Design News. “In the cell phones and tablets we use today, the battery takes up the whole space of the device; i.e., the battery has basically the same size like the screen. If you want to roll or bend such a device, you also have to be able to bend or stretch the battery.”

Niederberger said the company took a unique approach to design the battery that allowed them to build it layer by layer of flexible components, something that has historically been nearly impossible to achieve.

“In the scientific literature, there is a lot of work on the individual components that are made flexible,” Niederberger told Design News. “But very rarely they are assembled into a stretchable fully functional battery. The reason is simple: A battery has a layered structure--all the battery components are stacked on top of each other in a multilayered fashion. Now when you stretch the battery, the different films start to lose contact with each other--the components
delaminate--and the battery dies.”

To achieve a fully functional battery using this process, the team took a unique approach to its design by sticking the layers together so they retain contact and thus an electrical current, even if you stretch the battery, Niederberger told Design News.

“There is one component that we completely developed ourselves, namely the gel electrolyte,” he explained to us. “In a regular lithium-ion battery, the electrolyte consists of a porous solid membrane, whose pores are filled with an organic liquid electrolyte. Of course such a solid membrane is not stretchable and the organic electrolyte is toxic and can burn.”

To solve this problem the team developed a special hydrogel, a soft polymer filled with water, “which we can stretch, but which is also non-toxic and non-flammable, because it is based on water,” Niederberger told Design News.

Researchers hope their battery can one day be used in mobile devices and tablets that can be rolled up, or in wearable textiles that demand flexible power sources for sensors, Niederberger said.

Before that can happen, though, the team has to make some significant improvements to the device, which does not yet have electrochemical performance strong enough to power a device, he acknowledged.

“Most importantly, we have to increase the amount of electrode material--the materials used for the cathode and the anode, respectively--in the battery, while keeping the stretchability,” Niederberger told us. “This is not so easy.”