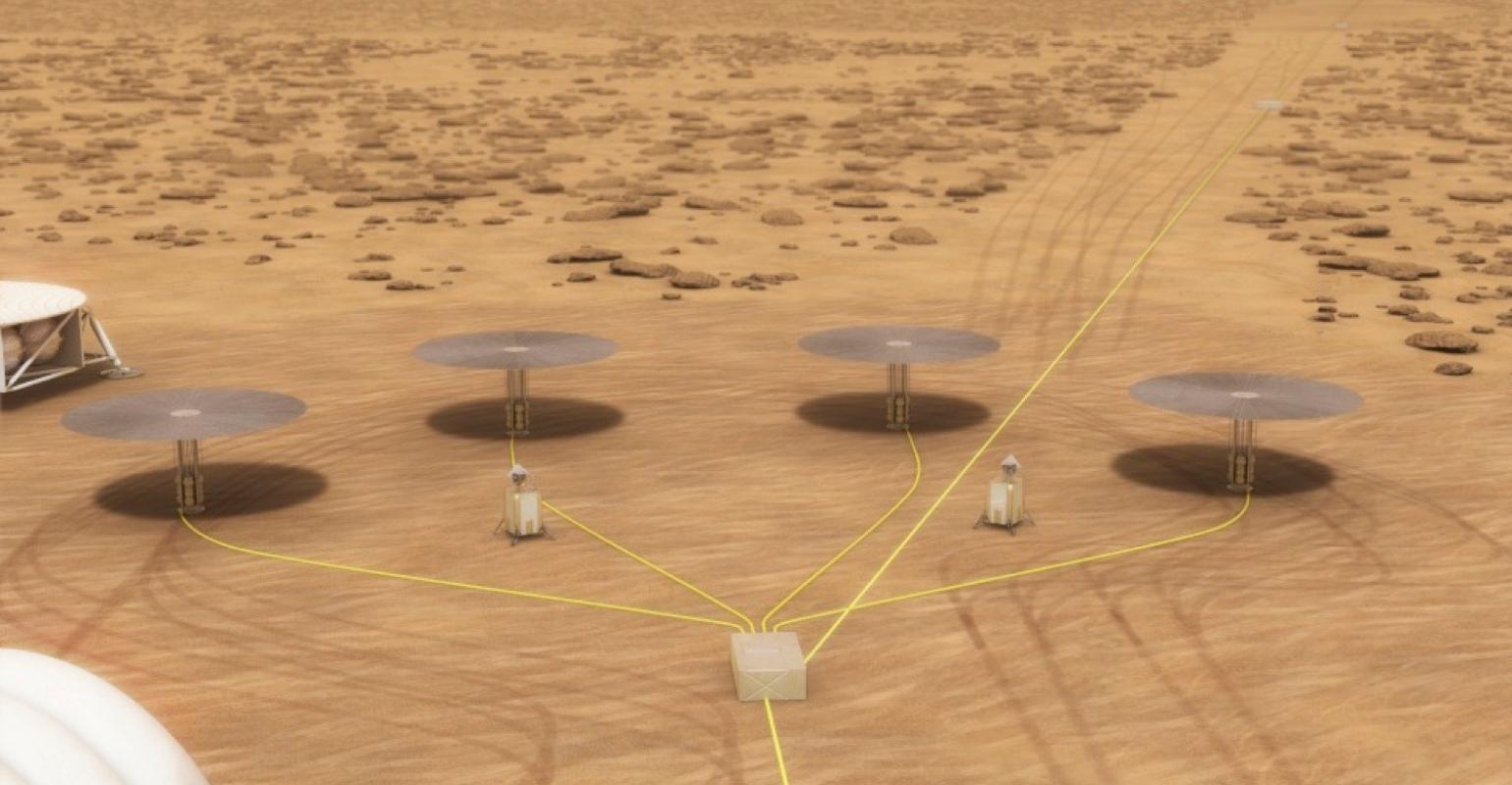 Kilopower will be used to provide electricity for a gateway to the moon and on missions to Mars.

When mankind gets to Mars, we are going to need to bring power with us. Lots of power. We’ll need it to transform the Red Planet’s raw materials into the oxygen, water, food, and fuel that will sustain life. Mars only receives a third of the solar flux that the Earth does. It has long nights and dust storms that can last weeks or months. Solar energy alone won’t cut it. Chemical or petroleum fuels are too heavy to bring enough to last any significant length of time. NASA has an answer for sun-independent power for long stays in space or on planetary surfaces: space-rated fission nuclear reactors.

The last time a truly new fission nuclear reactor was designed and built in the US was more than 40 years ago. Now, NASA has designed, built, and tested a small uranium-powered reactor that could produce up to 10 kilowatts (kW) of electrical power for 10 years or more. The device is called Kilopower. Successful testing of the first prototype was completed at the end of March of this year at the national Critical Experiments Research Center located at the Nevada National Security Site (NNSS).

Not The First Nuclear Power in Space

There have been a number of NASA space missions powered by nuclear fuels. They have used radioisotope thermoelectric generators (RTGs) to produce electrical power from the heat generated by the radioactive decay of their radioisotope. The electrical power generated is used to operate communications systems, computers, and sensors and experiments. RTGs typically produce a couple hundred watts—enough for a small unmanned spacecraft, but nowhere near enough to supply the electrical needs for a manned mission to Mars.

The Kilopower is 15 feet long and weighs 1,500 pounds in its 10 kW version. The prototype uses a solid, cast uranium-235 rector core that is “about the size of a paper towel roll.” In the actual working reactor, the fission reaction in the uranium will be moderated by removing or inserting a single boron carbide rod into the center of the core, along the cylindrical axis.

Heat energy from the reactor is transferred by passive sodium heat pipes to a set of high-efficiency Stirling heat engines. The Stirling engine uses differences in temperature to move a piston that is coupled to an alternator to create electricity. In the prototype, each Stirling engine could produce up to 100 watts. The Kilopower reactor could be mounted on a lander or deployed onto a planetary surface. If it were deployed away from the lander and partially buried, it might require less radioactive shielding to protect the astronauts.

The Kilopower reactor is designed to take up where RTGs leave off. “We call it the Kilopower project because it gives us a near-term option to provide kilowatts for missions that were previously constrained to use less,” said Lee Mason, principal technologist at the Space Technology Mission Directorate (STMD) in a NASA press release. “This new technology could provide kilowatts and can eventually be evolved to provide hundreds of kilowatts, or even megawatts of power,” added Mason.

While Mars is the obvious goal, the Moon is a more local and immediate target. The first task is to build the Deep Space Gateway in orbit around the moon. The orbiting outpost will serve as a research facility and learning experience. It will likely be powered by a derivative of the Kilopower fission reactor. Eventually, NASA will begin to conduct lunar surface operations—the last humans left the lunar surface in 1972. NASA’s new Space Launch System (SLS) and Orion crew capsule is scheduled to be launched into its first test flight by the end of 2019. The powerful SLS will be required to move humans and equipment away from Earth orbit.

Back on Earth, testing of the Kilopower reactor was rigorous. The development team simulated power reductions, failed Stirling engines, and failed heat pipes to show that the system could continue to operate safely while experiencing multiple failures. “We put the system through its paces,” Marc Gibson, chief Kilopower engineer at NASA’s Glenn Research Center, reported in a NASA release. “We understand the reactor very well, and this test proved that the system works the way we designed it to work. No matter what environment we exposed it to, the reactor performs very well,” he added.

Development of the Kilopower reactor took 4 years for a total of about $20 million. The majority of the work was performed by a small ten-person team at the Glenn Research Center near Cleveland, OH. The next phase for the Kilopower fission reactor development will be flight testing a version of the prototype to ensure that no unanticipated problems occur. Such flight demonstrations could occur as early as 2020.