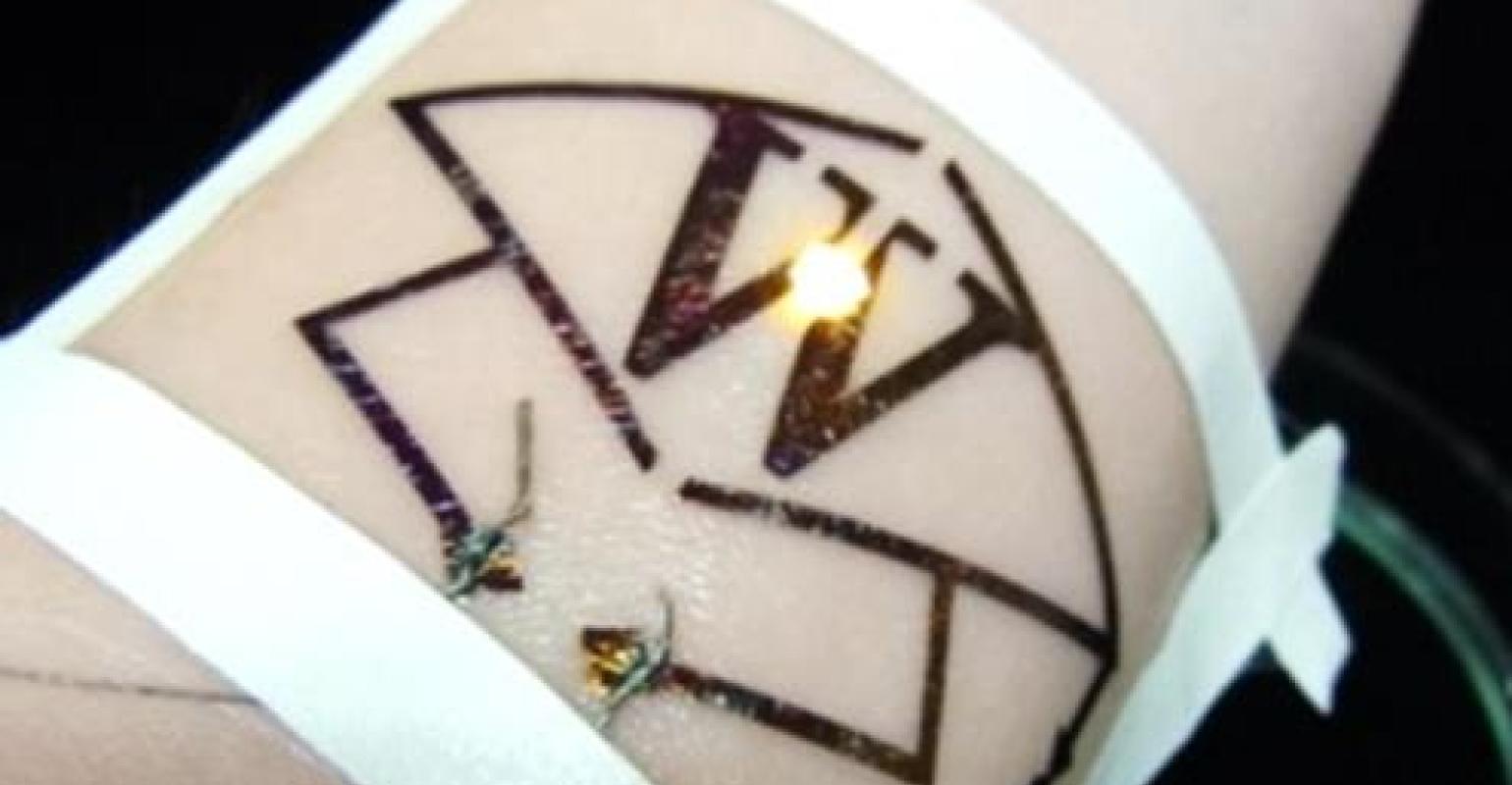 Researchers have developed processes and materials for electronic-device tattoos, taking wearables to the next level.

Wearable devices currently are a key focus of researchers, with engineers working on printed electronics and other enabling technologies to make these types of devices more flexible and comfortable for users while still maintaining optimal functionality.

Researchers at Waseda University in Japan have taken this research to the next level with the design of new processes and materials for what are essentially electronic device-tattoos made using elastomeric “nanosheet” film.

The devices are ultrathin and can be stuck onto human skin, making them both cost-effective and easy to produce while also being highly comfortable, according to a cross-disciplinary team of engineers at the university that worked on the project.

Indeed, user-friendly comfort and simplified fabrication are two of the current key design goals for engineers developing wearables. The Waseda team not only addresses both, but takes the potential design for medical and sports-oriented wearables a giant step forward through a combination of several disciplines: molecular assembly and biomaterials science; medical robotics and rehabilitation engineering; and micro-electromechanical systems.

“This sandwich-fixation process contributed to the development of an electronic device showing conformable adhesion and operation on the skin surface,” according to an abstract of a paper entitled “Sandwich fixation of electronic elements using free-standing elastomeric nanosheets for low-temperature device processes” that details their work in the Journal of Materials Chemistry. Authors on the paper are researchers Marin Okamoto, Mizuho Kurotobi, Shinji Takeoka, Junki Sugano, Eiji Iwase, Hiroyasu Iwata, and Toshinori Fujie.

This method allows the nanofilm devices to be printed using ultrathin and more flexible elastomer films—in this case, a new polymer called SBS, or polystyrene-polybutadiene-polystyrene. Additionally, the fabrication of the film using a typical household-type printer precludes the need for clean-room conditions, further facilitating its production, researchers said.

In tests, the electronic tattoos functioned for several days on an artificial skin model, according to the team. Researchers believe that their ability to adhere without the use of tape or glue will make them comfortable for contact with human skin and applicable in numerous wearable applications, acting as human-machine interfaces for medical, healthcare, and sports-training applications, researchers said.