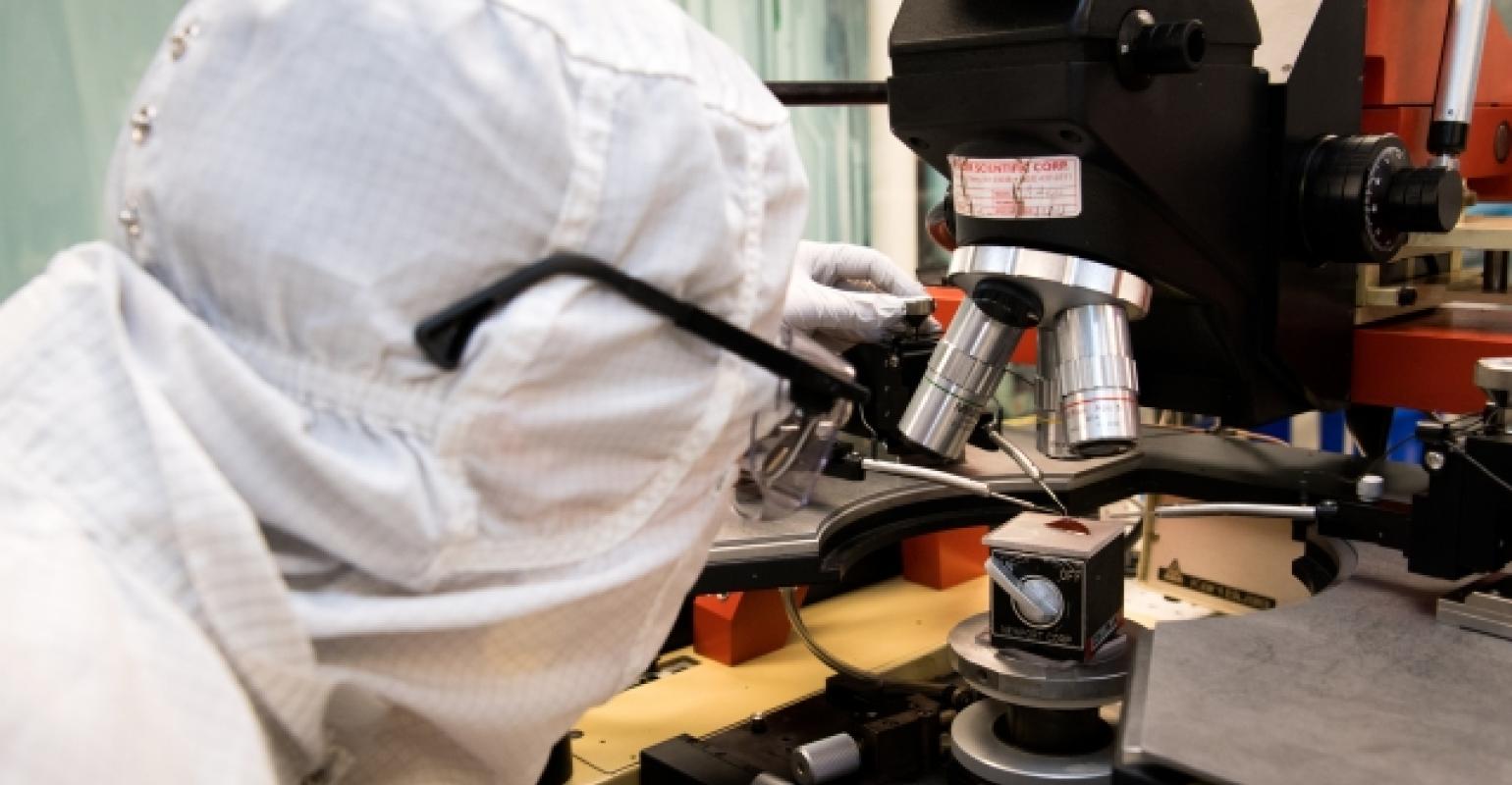 Building batteries smaller than the diameter of a human hair could power nano-scale electronics, changing how circuits and sensors are designed.

Electronic devices have undergone a revolution over the past 20 years. Electronic components have been reduced in size to the nano-scale, while at the same time increasing their complexity, performance, and power.

One thing that has remained largely the same as circuits have become smaller than a human hair, is the way that they are powered. Electrical power and control signals from a single, relatively large battery are routed through circuit wiring to reach each individual electronic component. Each time power is sent from the battery to a component, some power is lost through electrical resistance.

But what if each tiny nano-circuit could have its own tiny nano-battery? This could minimize energy loss and maximize battery life. Alas, today’s batteries are not small enough to accomplish this—yet.

"Batteries are one of the biggest problems we’re running into at the Laboratory," says Raoul Ouedraogo, who is from MIT Lincoln Laboratory’s Advanced Sensors and Techniques Group. "There is significant interest in highly miniaturized sensors going all the way down to the size of a human hair. We could make those types of sensors, but good luck finding a battery that small. Current batteries can be round like coin cells, shaped like a tube, or thin but on a centimeter scale. If we have the capability to lay our own batteries to any shape or geometry and in a cheap way, it opens doors to a whole lot of applications."

The MIT Lincoln Laboratory and the MIT Department of Materials Science and Engineering are developing nanoscale hydrogen batteries that use water-splitting technology. The goal is to deliver, “a faster charge, longer life, and less wasted energy,” according to an MIT news release.  The batteries the MIT team have developed are relatively easy to fabricate at room temperature and adapt physically to unique structural needs.

Hydrogen Split From the Air

The MIT release describes the technology. “The battery gains its charge by interacting with water molecules present in the surrounding air. When a water molecule comes in contact with the reactive, outer metal section of the battery, it is split into its constituent parts — one molecule of oxygen and two of hydrogen. The hydrogen molecules become trapped inside the battery and can be stored until they are ready to be used. In this state, the battery is "charged." To release the charge, the reaction reverses. The hydrogen molecules move back through the reactive metal section of the battery and combine with oxygen in the surrounding air.” Such water-splitting techniques are often used to generate hydrogen for large-scale industrial needs, however this nano-battery will be the first to apply the technique at much smaller scales.

The MIT team has built batteries that are 50 nanometers thick—which is thinner than a strand of human hair. They also report that the area of the batteries can be scaled from as large as centimeters to as small as nanometers, allowing the batteries to be easily integrated near electronic components at a nano-scale.

Built For Each Application

"A useful feature of this technology is that the oxide and metal layers can be patterned very easily into nanometer-scale custom geometries, making it straightforward to build intricate battery patterns for a particular application or to deposit them on flexible substrates," says Annie Weathers, a staff member of the laboratory’s Chemical, Microsystem, and Nanoscale Technologies Group, who is also involved in the project.

The new MIT batteries have demonstrated a power density that is two orders of magnitude greater than most currently-used batteries. "What I think made this project work is the fact that none of us are battery people," says Ouedraogo. "Sometimes it takes somebody from the outside to see new things."

Integrating the battery power source into nano-scale electronic circuity is a different way of looking at traditional circuit design and could prove to be a big step in the development of ever more sophisticated sensors and devices. This will be interesting work to follow as it moves forward.