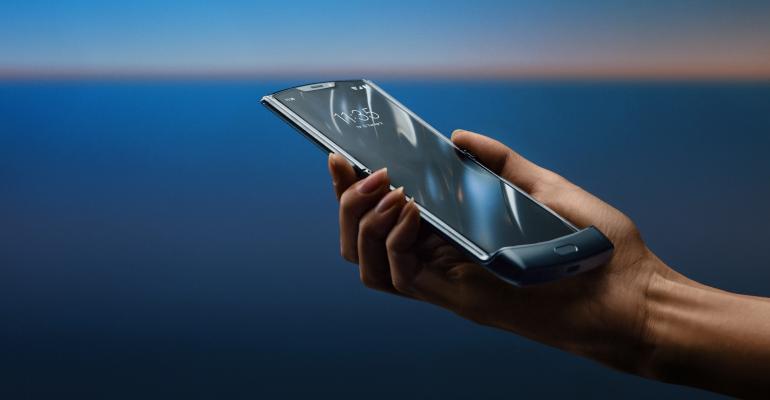 A teardown of the new Motorola Razr answers the question on everyone’s mind: How does it fold?

The Motorola Razr, the once undisputed king of cool flip phones, is mounting a comeback as part of the new generation of dual-screen, foldable phones. Surprisingly, given the phone’s $1500 price tag, there’s not much special about the phone’s overall hardware specs (the Snapdragon 710 processor is pretty mid-range as far as mobile device processors go).

But let’s get down to what everyone really wants to know about the Razr: How does it fold?

While there are only a handful of foldable phones on the market, reviews have shown mixed results in terms of reliability. The first run of Samsung’s Galaxy Fold was delayed for myriad issues – one being complications with the phone’s hinging device.

Thankfully, we have a new teardown from iFixit to see how the Razr might stack up against the rest.

Motorola has brought something back to smartphones we haven’t seen in quite a while – mechanical parts!

The Razr is essentially two separate devices coupled by a hinge. Motorola’s patented hinging system consists of a continuous geared hinge with a cam with two support plates coupled to either side of it. The flexible display is the same flexible, plastic OLED used by the Galaxy Fold, and it’s stretched across the cam and support plates. When the phone is open the plates pull the screen taut and when it closes they move aside to prevent a crease from forming where the screen folds.

The whole mechanism is supported by springs that hold the phone open or closed. They probably also serve up enough resistance to prevent anyone from accidentally folding the phone the wrong way too easily.

For those interested in a really deep dive into the working of the hinge, Motorola’s patent is available to view via Google Patents.

The screens themselves are connected to the motherboard by a flex cable (the phone as a whole seems to use a lot of thin, delicate cables to maintain its size and literal flexibility). Strangely, after the arduous task of removing the display, the iFixit team found that it actually has the Razr’s secondary battery glued into a well placed on the back of it. This is certainly not ideal for at-home repairs, but may have been a necessary step. Companies like Apple have performed impressive gymnastics with their batteries in the past - doing things like altering the battery’s shape to make their phones thinner. Attaching a battery behind the flexible display may have been the only viable option to maintain the Razr’s size and thickness.

If you shell out for a Razr and think you’re going to repair it yourself you’d probably be best leaving this one to Motorola’s team. iFixit has called the Razr the “most complicated phone-based contraption we’ve ever taken apart.” They gave the Razr and overall repairability score of 1 / 10.

Read the full teardown on iFixit.