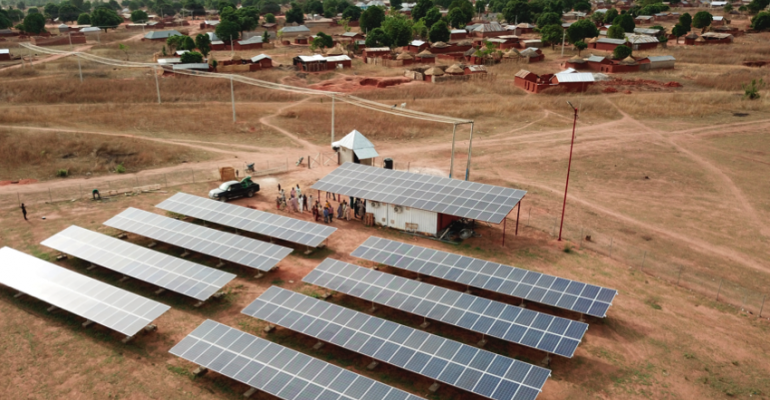 Small electrical grids are popping up in remote communities far from the traditional grid. These minigrids are typically a mix of solar and battery power.

The ability to create universal access to electricity is essential for solving global development challenges. Decentralized renewable energy has emerged as a viable solution for small, remote communities. As a result, small, clean-energy utilities—called minigrids or microgrids—are getting deployed worldwide. These community-based grids generate and distribute power at the point of consumption. Battery technology helps to fill the gaps in energy production.

Minigrids are a key piece of the offgrid energy access puzzle. The high cost of traditional electricity has been a barrier for many communities, particularly in remote locations. Minigrids use local resources and batteries to help solve these issues. “Minigrids are primarily for energy access. They’re developed in coordination with governments and the government’s energy strategies. In African countries, minigrids are used for energy systems in order to connect customers,” Kendall Ernst, senior associate at the Rocky Mountain Institute, told Design News. “They’re part of the integrated energy in developing countries because they provide energy to communities that are far from the traditional grid.”

Ernst will explore the expanding use of minigrids in his session, "What Does the Ideal Off-grid Minigrid Look Like?," on Thursday, September 13, at The Battery Show in Novi, Mich. “I like to attend conferences like The Battery Show to find out what others are doing, so I can take that back to the communities powered by minigrids,” said Ernst.

Powered by Sun and Batteries

The power to run the minigrids depends on the resources of the local community. In Africa, minigrids are typically powered by solar energy supported by batteries. “The fuel depends on the resources available to the community. In Nigeria and other areas of Africa, it’s a mix of solar panels and batteries—usually lead-acid batteries. The costs for batteries has been coming down, which allows this generation to happen,” said Ernst. “Ion batteries may actually be a more appropriate technology, since in a lot of cases, it’s a hot and dry environment. Ion batteries are more cost effective than the acid batteries because they perform well in that environment.”

Residential connections to the minigrid usually follow the commercial connections. “While the minigrids are often developed to support local industry, there’s plenty of opportunity to connect residential customers and give them access as part of the deal,” said Ernst. “The balancing act is making sure the source of power is cheap, like solar.”

One of the keys to making the minigrid effective is to make it affordable for residents in the community. “You have to bring the cost to a level most people can afford,” said Ernst. “Battery storage helps to balance the energy load when the sun isn’t producing energy. Storage is one of the largest costs in the minigrid.”