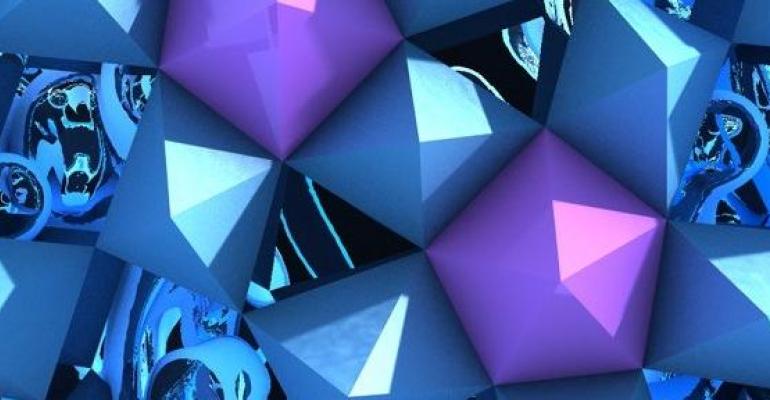 Battery researchers at Cambridge University in England have been working on a novel new material—niobium tungsten oxide—to use as a battery electrode. Their initial work indicates that the material may dramatically improve charging times and could find use in future electric vehicles (EVs).

Practical, commercial lithium ion batteries have been available for almost 30 years. They have become nearly ubiquitous, finding applications in everything from personal electronics and medical devices to electric vehicles and utility scale, electrical power grid storage systems. Much of the development of lithium ion batteries has centered on cost and has resulted in a reduction from roughly $1,000/kilowatt-hour (kWh) from a decade ago to today’s price of less than $150/kWh.

If lithium ion batteries are to continue to power our future, however, there are going to have to be some changes. Lithium ion batteries have some of the highest energy densities and power outputs of any electrical storage device. But they pale in comparison to the energy contained in an equivalent weight of a liquid fossil fuel, such as gasoline. Lithium ion batteries are also quite sensitive when it comes to rapid charging, which can cause the formation of spiky dendrite crystals of lithium that form on the anode and can cause fires. Rapid discharging can cause excessive heat buildup within the cells, which can also create a safety hazard.

For much present-day materials research focused on lithium ion batteries, the goal is to develop batteries that can safely charge much more quickly and that contain higher amounts of energy. A battery with such capabilities would be a boon to electric vehicles, which could then travel further on a single charge and recharge in a matter of minutes instead of hours.

Batteries are made of three parts: a positive electrode called the cathode, a negative electrode called the anode, and an electrolyte that allows the motion of ions between the two electrodes. When a battery is charged, lithium ions are extracted from the positive electrode. They move through the crystal structure of the cathode and into the electrolyte, eventually reaching the negative anode, where they are stored. The faster this process occurs, the faster the battery can be charged.

One way to make charging faster is to try to make the particle-size of the cathode material smaller. “The idea is that if you make the distance the lithium ions have to travel shorter, it should give you higher rate performance,” said Kent Griffith, a postdoctoral researcher at Cambridge University’s Department of Chemistry, in a university press release. “But it’s difficult to make a practical battery with nanoparticles: you get a lot more unwanted chemical reactions with the electrolyte, so the battery doesn’t last as long, plus it’s expensive to make,” added Griffith.

Many research teams around the globe are researching nano-materials for battery electrodes, but it’s not an approach that the team at Cambridge is necessarily following. “Nanoparticles can be tricky to make, which is why we’re searching for materials that inherently have the properties we’re looking for even when they are used as comparatively large micron-sized particles. This means that you don’t have to go through a complicated process to make them, which keeps costs low,” Professor Clare Grey, also from the Cambridge Department of Chemistry, said in the release. “Nanoparticles are also challenging to work with on a practical level, as they tend to be quite ‘fluffy.’ So it’s difficult to pack them tightly together, which is key for a battery’s volumetric energy density.”

Cambridge is looking at niobium tungsten oxides that have a rigid, open structure that does not trap the inserted lithium. These oxides have larger particle sizes than many other electrode materials. Because of their complex atomic arrangements, such materials have not received much attention for battery applications. “Many battery materials are based on the same two or three crystal structures, but these niobium tungsten oxides are fundamentally different,” said Griffith. “The oxides are held open by ‘pillars’ of oxygen, which enables lithium ions to move through them in three dimensions.”

Griffith went on to say, “The oxygen pillars, or shear planes, make these materials more rigid than other battery compounds. So that, plus their open structures, means that more lithium ions can move through them, and far more quickly.”

Niobium is a soft, ductile transition metal that is not found free in nature, but is combined with other elements in minerals. It is used in steel and super alloy production. Tungsten is also found as a combination of other elements in minerals and has the highest melting point of all elements. It is extremely dense (about 1.7 times higher than lead). Tungsten is considered a rare metal and is used when combined in a carbide as a grinding material, in high temperature alloys, and in munitions, where its high density imparts extremely high impact energy.

Although the Cambridge University work has been published in Nature, the team has not yet made any test batteries with the niobium tungsten oxides. The research has used a technique called pulsed field gradient (PFG) nuclear magnetic resonance (NMR) spectroscopy to measure the movement of lithium ions through the oxides. They found that the lithium moved at rates several orders of magnitude higher than it did in typical battery electrode materials.

The density and rarity of tungsten might not make it the first choice for low-cost battery applications, but it is important to study a variety of materials in order to understand the underlying mechanisms at play. Professor Grey said that it is important to keep looking for new chemistries and new materials. “Fields stagnate if you don’t keep looking for new compounds,” she said. “These interesting materials give us a good insight into how we might design higher rate electrode materials.”