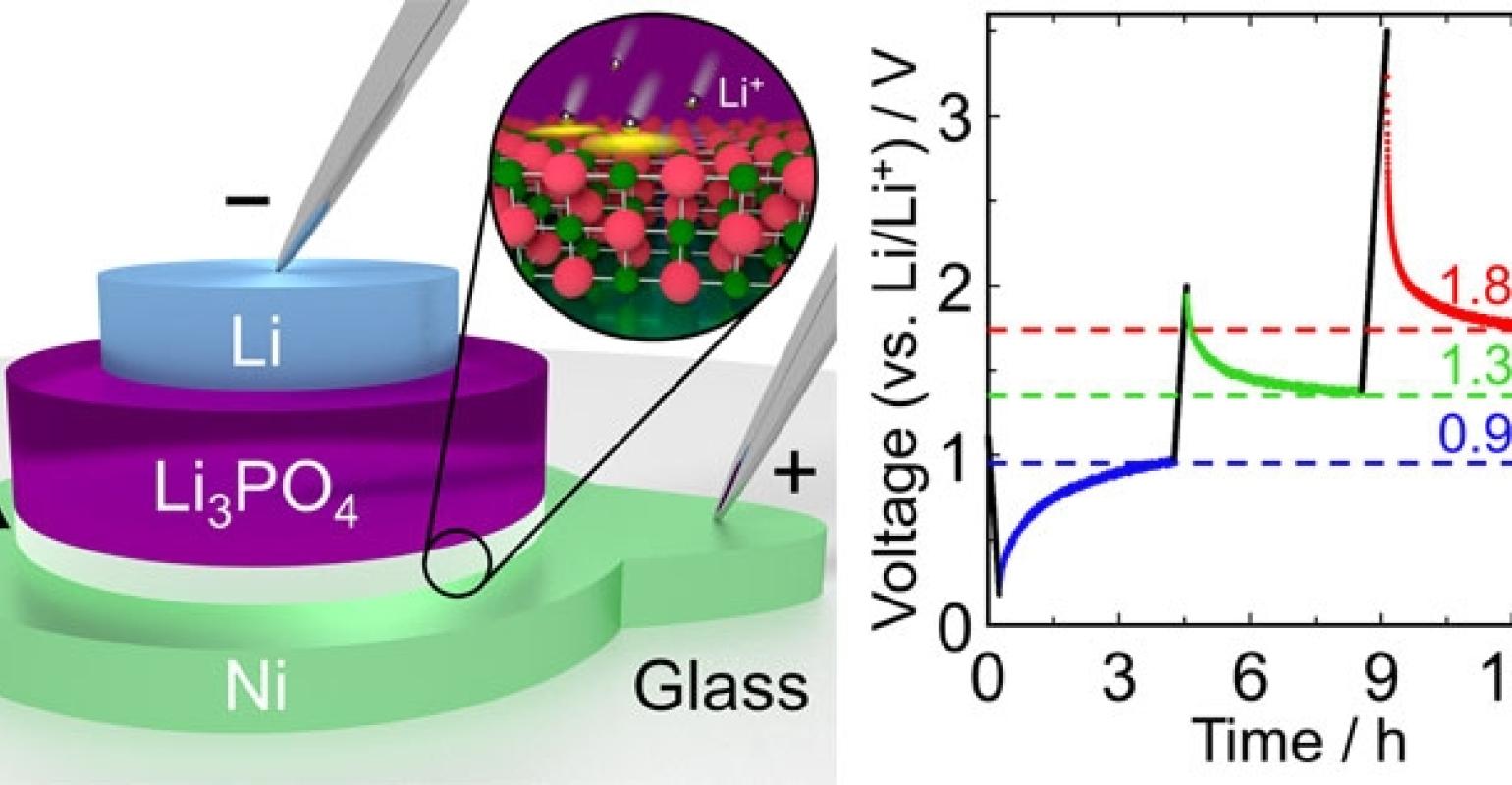 Researchers have taken inspiration from the design of solid lithium-ion batteries to create a new, low-power energy device that could allow for the design of faster memory components for next-generation computing systems.

There are two key design elements to the device—created by a team led by the Tokyo Institute of Technology (Tokyo Tech) Professor Taro Hitosugi and his student Yuki Watanabe—that are important for dynamic random-access memory, or DRAM, in computers.

One is that the device consumes less power than typical devices of this kind, which is promising for also allowing computing devices to save on battery power, researchers said. The other is that the device has potential to improve the speed of DRAM, which has significant impact on overall computer performance. Scientists at the University of Tokyo also worked on the project.

Hitosugi and Watanabe previously had developed a similar memory device also inspired by solid lithium-ion batteries comprised of a three solid layers made of lithium, lithium phosphate, and gold. The new battery is basically a new iteration of this device, with nickel replacing the gold in the stack. "This system can be viewed as an extremely low-capacity thin-film lithium battery with three charged states,” said Hitosugi.

Indeed, the three-stack configuration forms a mini-battery that can switch between several voltages--0.95 V, 1.35 V, and 1.80 V—but instead of providing energy, it acts as a memory cell, or the most basic unit in a memory chip.

Each cell in a chip typically stores a single bit by adopting and holding one of two possible voltage values, which correspond to a stored value of either "0" or "1." The individual cells themselves are key to the overall performance of the chip, which is why a chip that works at a high speed without drawing on too much power is well-suited for developing computers with more efficient memory.

Achieving better performance for the cell is indeed why the team switched from gold to nickel in one layer of the stack, they said. The problem with using gold in the device is that the precious metal combines with lithium to form a thick alloy layer within the device, which increases the amount of energy required to switch from one state to the other.

The nickel, however, does not easily form alloys with lithium, which allows it to consume less energy when switching from one state to another, providing “the potential for extremely low energy consumption [that] is the most noteworthy advantage of the device,” said Hitosugi.

Another aspect of the nickel that lends itself to this particular aspect of the device is that the metal forms a very thin nickel oxide layer between the nickel and the lithium-phosphate layers, researchers said. This layer is much thinner than that of the gold–lithium alloys that formed in the team’s previous device, leaving the new cell with a very low capacity that quickly and easily switches between states using only very small currents.

The team published a paper on its research in the ACS journal Applied Materials and Interfaces.