Keeping Electric Cars Moving Even When It’s Cold Out 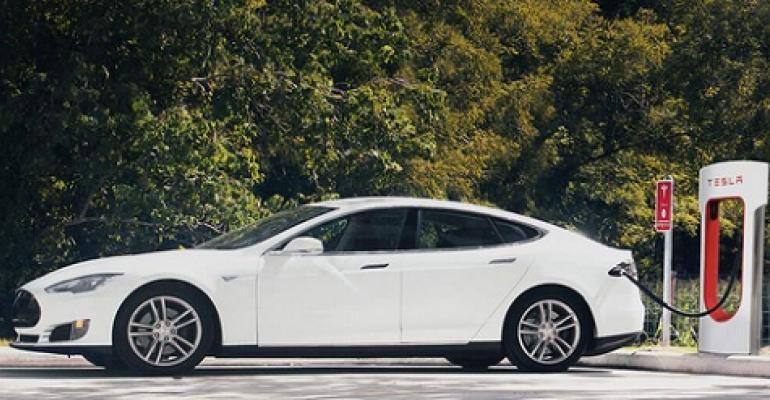 Battery options, solar roofs, and reimagined interior climate control are all being reviewed as a means to increase the efficiency of electric vehicles in cold temperature environments.

There are many good reasons to build cars that replace a tankful of gasoline with a trunkful of batteries. But as we endeavor to do so, we keep confronting the important differences between the two. Gasoline is energy-dense, concentrated and essentially indifferent to climatic conditions. It can provide a flow of power that is fast or slow. Like a perfect servant, it’s personal characteristics and quirks rarely, if ever, get in the way of doing its job. If only it didn’t give off all those emissions when burned.

Batteries are heavy. They don’t contain nearly as much energy per pound as gasoline does. They lose performance in cold weather. Depending on their chemical characteristics, they can either provide deep energy reserves or short bursts of power, but never both without some compromise.

These are some of the challenges that face Tesla and other companies hoping to fill our highways with electric vehicles. Replacing the millions of gasoline-powered cars with electrics, is going to require a great many batteries.

Tesla claims they’ve got that part covered. They will support their projected production increase from 104,000 cars in 2015 to 500,000 cars in 2018, with the construction of their Gigafactory. This facility, which is touted to be the largest building in the world, will eventually produce more than 100 Gigawatts (100 million kilowatts) of battery capacity per year.

However, a Tesla Model S, with a range of 206 miles in San Diego on a 70-degree day, will only go 170 miles on a near-zero day in Duluth. This idea of range variability, which is more pronounced in EVs is another aspect of the conversion to EVs that consumers must grapple with.

Clearly the heater drains the battery more than the A/C does, another difference from internal combustion engines. With all of their inefficiency, they produce copious amounts of heat at no extra charge.

What options do carmakers have to address these concerns? Toyota recently announced the addition of a solar roof to their Prius Prime plug-in. While this could be helpful at times, under normal conditions, it will only add a few miles to the vehicle’s range.

This NREL study, which found a 20-30% loss of range on a 20-degree day while maintaining a 70-degree interior, evaluated a number of strategies to minimize the impact of vehicle climate control on vehicle range. They found that a combination of heated surfaces (floors and seats) along with zonal air flow were most effective. Their best configuration improved vehicle range by 28.5%.

Another approach described by SAE involves the use of a thermal battery to store heat. A research team from MIT, the University of California at Berkeley, the University of Texas at Austin, worked with engineers at Ford to design and package the system which is said to be capable of 2.5 kWh of cooling and 4.5 kWh of heating.

While called a thermal battery, inside it behaves more like an adsorption heat pump where a working fluid a pumped across a combined condenser-evaporator, giving off or absorbing heat as it goes through a phase change. Special materials called metal-organic frameworks are being employed due to their thermal characteristics. Another group at Utah headed by Professor Zak Fang is working with GM. They are looking at metal-hydrides, “because the exo- and endo-thermic chemical reactions they undergo contain substantially more energy than those, say, in phase-change or adsorption processes,” said Fang.

Then, there are the batteries themselves. Clearly Tesla is investing heavily in battery development. Their ambitions range beyond cars, to home solar storage as well as utility scale batteries.  All of these will be based on the same Lithium-ion technology.

A great deal of research continues to be done on batteries. Carbon nanotubes can improve battery performance due to the extremely high conductivity of the tubes which can be incorporated into the electrodes. The use of super-capacitors to augment batteries for high power situations can also extend the range of lithium batteries.

With all the money going into research on the various facets of this problem, it will be interesting to see what other solutions emerge from the lab.