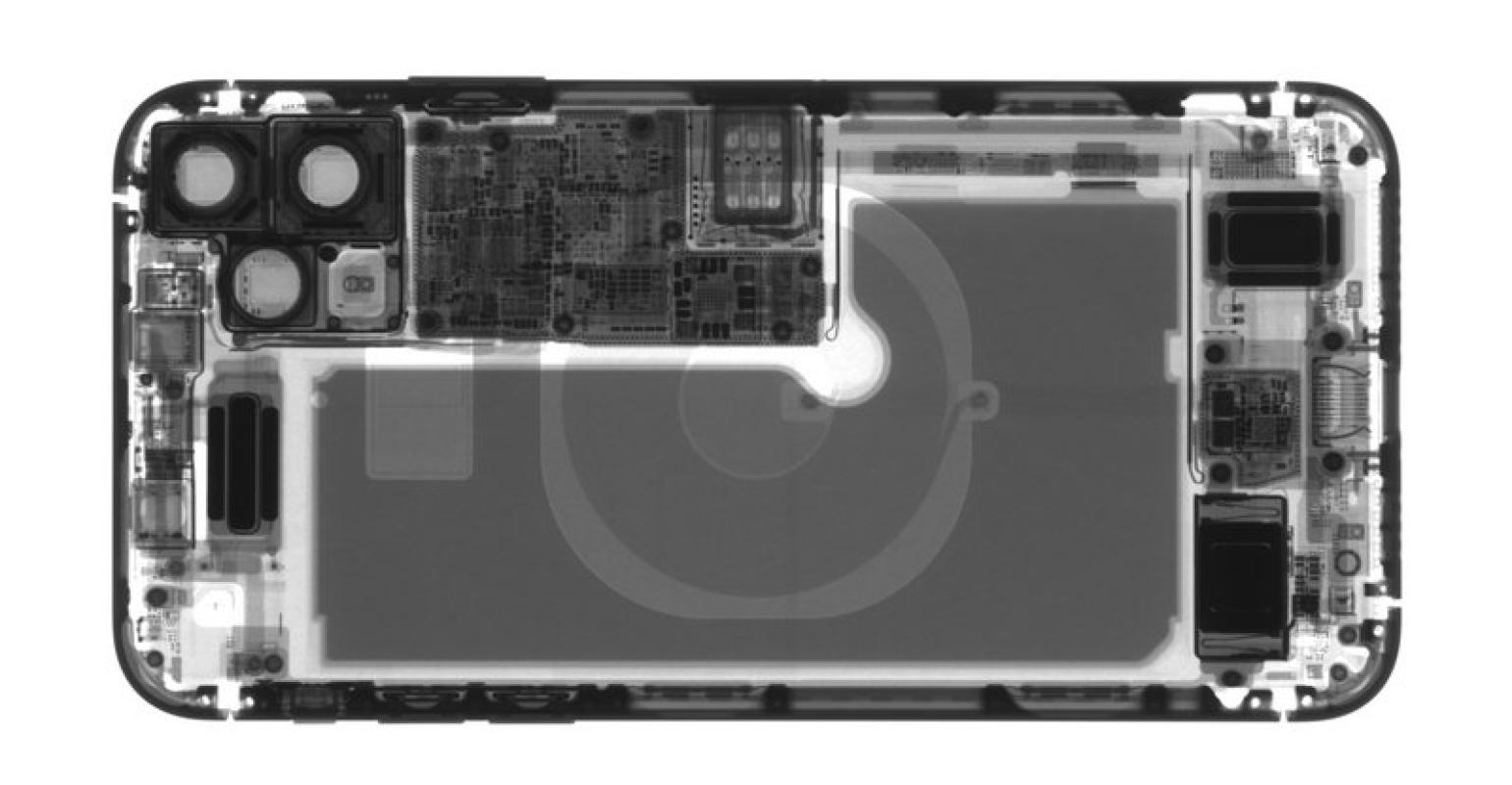 A deep dive into the iPhone 11 and 11 Pro Max takes a look at the camera upgrades as well as a interesting new quirk with the battery.

Apple's latest iPhones, the 11 and 11 Pro Max, are all about camera upgrades. But while consumers were eagerly waiting to snap high-quality pics for their Instagram, the rest of us wanted to see what was going on under the hood.

Thankfully iFixit has delivered, with new teardowns of the iPhone 11 and iPhone 11 Pro Max respectively. While other smartphone companies are focusing more on software to improve image quality in their cameras, Apple made a big investment in camera hardware this year. The new cameras have also had an impact on the design engineering choices behind the phones' logic boards and batteries as well.

But that's not all that's going on with the 11 Pro Max's battery.

iPhone 11: Not Quite Pro

The iPhone 11 has some camera upgrades over the iPhone X, albiet not as significant as the Pro. The 11 has new wide and ultra-wide lenses and sensors – essentially meaning better night photos and a faster shutter speed. To make room for those new sensors Apple opted to use a double-decker logic board in the 11, a first for a phone of its size.

The iFixit team noted that the iPhone 11's battery only has one connector, which doesn't seem that significant until you consider an interesting quirk found in the Pro Max.

The Pro Max's battery is actually thicker, larger, and heavier than the XS Max's battery, but it packs significantly more punch. iFixit rated the battery at 3969 mAh at 3.79 V, for a total of 15.04 Wh, putting it at 2.96 Wh more than the XS Max's battery. Yes, this thicker battery means the phone itself is thicker as well, but Apple has said that extra bit of thickness goes a long way – touting the Pro Max as having five hours more battery life than previous models.

The Pro Max battery also takes on the single-cell, L-shaped designed that Apple first introduced in the iPhone XS. It's a clever design trick that allows Apple engineers to save even more space inside the device (more on this in a bit).

What's of particular note with the Pro Max's battery is that it has a second connector. While the purpose of this connector isn't immediately clear, the iFixit team speculates this could be meant to facilitate two-way wireless charging, a rumored feature of the phone.

Two-way, or bilateral, wireless charging essentially means the phone can not only be wirelessly charged, but can also wirelessly charge other devices. Two-way charging turns a smartphone into a wireless charging pad in a way similar to how enabling hotspot can turn a phone into a Wi-Fi hub. The teardown seems to confirm that at least Pro Max can do this (perhaps it was abandoned on the 11, hence the single connector), but Apple seems to have disabled the function via software.

Whether Apple plans to unveil the feature at a later date or whether the iPhone's hardware is just giving a glimpse at what could have been is still uncertain.

The most notable upgrade to the 11 Pro Max is its camera array. The Pro Max has the same new ultra-wide sensor and lens as the 11, but with the addition of a standard wide-angle and telephoto lens as well. Accommodating this new hardware is likely where the L-shaped battery comes in handy again.

Apple has also trimmed down the logic board to make room for the new camera hardware. All that hardware must generate a good amount of heat because a notable new bit of engineering to the 11 Pro Max's board its new thermal design. There are several layers of graphite thermal transfer material backing the phone's RF board. Heat from the logic board goes through the graphite layers and dissipates into the rear case. This is how Apple was able to achieve what it calls the “best sustained performance ever in an iPhone.”

Overall, iFixit gave both the iPhone 11 and iPhone 11 Pro Max repairability scores of 6 out of 10. Both have made the display and battery easy to access and replace for savvy users, but the glass front and back on both models present some major issues and require a full case replacement if cracked or damaged.