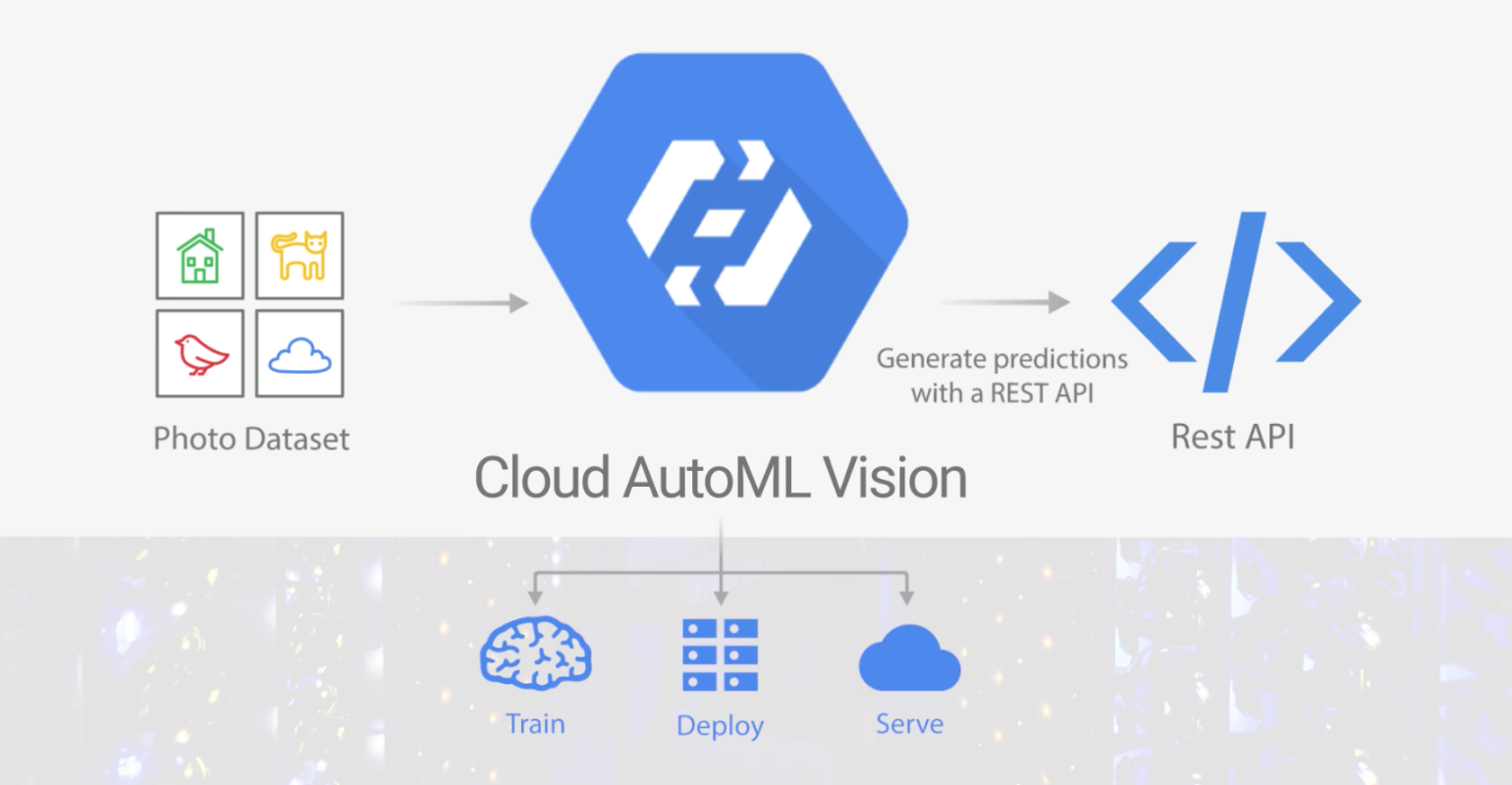 In late 2017 Google announced it had been working on AutoML (short for “automated machine learning”), a machine learning algorithm that is essentially capable of programming and training other algorithms. Now Google has introduced an alpha version of AutoML to developers in a cloud-based form, Cloud AutoML. The first release under this new service, Cloud AutoML Vision, is an algorithm targeted at machine vision applications that Google says is only the first in a family of Cloud AutoML services it plans to release.

With AutoML Google is aiming to democratizing artificial intelligence programming both by empowering engineers proficient in AI and also giving engineers with less AI knowledge an opportunity to develop machine learning applications. Programming and training a neural network can be very time consuming, even for trained and expert engineers capable of programming AI from scratch. Google wants to let developers create machine learning algorithms without the need of comprehensive neural network coding knowledge.

In a blog written for Google, Fei-Fei Li, chief scientist at Google Cloud AI and Jia Li, head of R&D at Google Cloud AI, said that Cloud AutoML is meant to go a step further than the pre-trained machine learning algorithms already offered by Google, such as its Cloud Vision, Cloud Speech, and Cloud Natural Language Processing APIs, by allowing engineers to more easily create machine learning algorithms targeted at custom tasks. “There’s a very limited number of people that can create advanced machine learning models. And if you’re one of the companies that has access to ML/AI engineers, you still have to manage the time-intensive and complicated process of building your own custom ML model,” they wrote.

As a simple example, let's say you were an engineer designing a system to categorize and sort electronic components. With Google's pre-made machine learning API you'd be able to create a system that could identify various components – capacitors, resistors, transistors, ect. – but if you wanted it to distinguish between types of various components you'd have a lot more work to do and time to spend training the algorithm. That's where AutoML comes in. By training AutoML you could teach your system not only to recognize resistors, but to recognize how much resistance each type offers as well, for instance.

Cloud AutoML Vision is a direct offshoot of the first task AutoML was applied to in Google's testing – image recognition. The web-based service features a drag-and-drop interface that lets users upload images, train and manage models, and then deploy those models via Google Cloud. According to Google, models created via AutoML have already demonstrated more accuracy in identifying images than generic machine learning APIs for the same task.

In its blog Google says that a handful of companies and organizations are already leveraging Cloud AutoML Vision to improve workflow and outcomes for customers. Urban Outfitters and Disney Interactive are examining AutoML for creating AI that can be more detailed in recognizing the details of products (things like patterns and neckline styles of clothing and which characters are featured on them) to give customers more accurate search results and recommendations. And the Zoological Society of London is looking at leveraging AutoML to analyze images from its wildlife cameras to quickly identify and categorize animal species for wildlife population tracking purposes.

Google hasn't offered a timeline of when it plans to roll out other cloud-based AutoML services. Developers can now visit Google's Cloud Platform site to request access to the alpha version of Cloud AutoML Vision.