HomeElectronicsGoogle Glass is Back, With a Focus on Enterprise
Recent
Electronics
Consumer Reports 10 Least Reliable Cars for 2021
Dec 01, 2021
Introduction to Docker for Embedded Software Developers
Dec 01, 2021
Sponsored Content
Data as a Critical Raw Material
Researchers Use AI and Stimulation to Strengthen the Brain
Nov 30, 2021
POLL
Carbon-Fiber Composites on a Roll in Auto Wheels
Nov 30, 2021
Our First Drive in the Lucid Air EV
Nov 30, 2021
How to Build a Better Industrial Automation System Using PLCs
Nov 30, 2021
Getting Started with Cpputest for Embedded Applications
Nov 30, 2021

Google Glass is Back, With a Focus on Enterprise 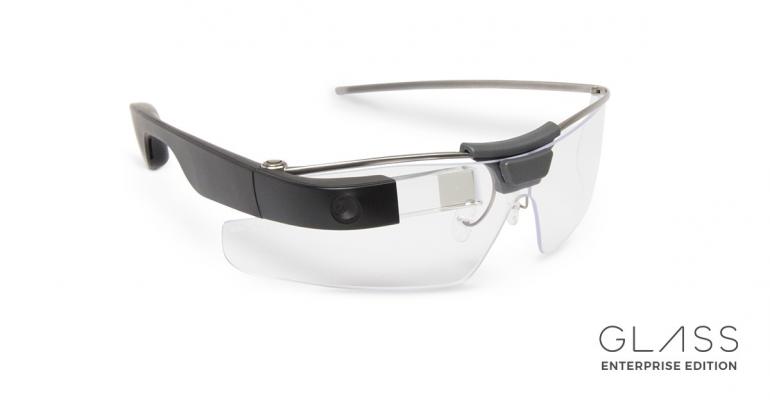 <p><strong>Google Tango</strong></p><p>With Google Glass having re-emerged with a <a href="https://www.designnews.com/electronics-test/google-glass-back-focus-on-enterprise/128176367357162" target="_blank">focus on enterprise</a> (shown) it's a good time for developers to familiarize themselves with <a href="https://developers.google.com/tango/" target="_blank">Tango</a>, Google's AR computing platform. Tango comes in three flavors for developers – a Unity SDK targeted mainly at creating 2D and 3D games, and, depending on whether you prefer Java or C (via the Android Native Development Kit) for coding Android apps, there are APIs for each language respectively.</p><p>There are currently two smartphones on the market with Tango built in – the Phab 2 Pro from Lenovo and the Asus ZenFone AR, both of which boast sensor and camera technology optimized for AR. While it doesn't have the largest product ecosystem right now, you can bet Google will push for Tango to become a standard in Android AR app development the same way Apple will push ARKit for iOS devices.</p><p>(image source: Google)  </p>
Two years after halting sales of Glass, Google has resurrected its augmented reality headset with a new focus on enterprise.

If it were a movie you might call it Google Glass 2: Enterprise Rises.

After halting sales of Google Glass in 2015, Google's parent company, Alphabet, has announced it will be re-releasing the headset, this time with a target toward enterprise over consumer.

In a blog post Jay Kothari, the Project Lead for Glass, said the company has been busy these last two years exploring applications for Glass outside of the consumer realm. “Workers in many fields, like manufacturing, logistics, field services, and healthcare find it useful to consult a wearable device for information and other resources while their hands are busy, Kothari wrote, “That’s why we’ve spent the last two years working closely with a network of more than 30 expert partners to build customized software and business solutions for Glass for people in these fields.”

But Glass' second act, dubbed Glass Enterprise Edition, is not just a re-branding. Kothari said various improvements have been made to the device, including increasing power and battery life as well as making it more lightweight and comfortable to wear over long-term periods. Glass can also be clipped onto safety googles for workers in environments that require additional equipment.

Along with the announcement Google unveiled several use cases in which companies have already implemented Glass into their workflow. Ohio-based GE Aviation is having its mechanics use Glass to assist with maintenance tasks – using Glass to provide hands-free guidance and instructions to workers. According to a case study released by GE Aviation, Glass has increased worker compliance and job satisfaction and has resulted in an 8-12 percent increase in mechanic efficiency.

DHL has added Glass to its supply chain, using it to give real-time instructions and visual aids to workers as they move items from racks to bins or carts for shipping. “With their hands now free of paper instructions, pickers can work far more efficiently and comfortably, and DHL estimates that they have increased supply chain efficiency by 15%,” Kothari wrote.In the healthcare space, Sutter Health, a non-profit network of doctors and hospitals in Northern California, has been having doctor's wear Glass to automatically record interviews with patients for easier electronic patient record keeping and access.

When it was first released to developers in 2014 (under what Google called the “Glass Explorer” program), the response to Google Glass was mixed at best. While companies like Philips Healthcare, that used Google Glass for patient monitoring, saw immediate enterprise applications, the response on the consumer side was not as warm.

Glass was the first augmented reality (AR) headset to really gain wider notoriety and it attracted all the controversy and criticism that came with it. There were immediate concerns about Glass wearers secretly recording people, especially in bars and restaurants, and Google was forced to remove a facial recognition feature from Glass over privacy concerns. Pundits even coined a term, “Glassholes,” for overly intrusive Glass users.

Rather than do the PR work to improve Glass' public image Google seems to have opted to find Glass a new home in the enterprise space – where the social implications of wearing a recording device on your face aren't as immediately apparent.

However, now that Glass has pivoted into enterprise it will also face some stiff competition from AR suppliers that have already entered the field. In Glass' absence headsets like Microsoft Hololens and the Vuzix smart glasses have become hot ticket hardware for enterprise AR.

"Enterprise has been suffering a compressed need for such devices for a long time — seeking usable (e.g. durable, safe, and cost efficient) devices without luck. Until now products haven’t been ‘relevant,' therefore they have not been scalable,"  Jeff Jacobsen, Senior Advisor to CEO and Golden-i Chief Architect and Program Manager at Kopin Corporation, a developer of wearables solutions, told Design News. "Of all the companies out there, Google is one that has the resources to do what needs to be done to succeed in this space. They have the resources — and have also shown the persistence — to deliver an AR enterprise solution that companies can actually use and scale now.”

Time will tell whether Glass was too slow getting out of the gate for enterprise AR at this point.

“We first saw signs of Glass’ potential for businesses in the Glass Explorer days... we’d been seeing incredible developments with Glass in the workplace,” Google's Kothari wrote, “Now the Glass product team is back at [Google] X, and we’ll be collaborating with the Google Cloud team and our partners to help customers across a variety of business sectors make the most of Glass. Together, we’re looking forward to seeing more businesses give their workers a way to work faster and in a more focused way, hands-free.”

What do you make of this new direction for Google Glass? Share your thoughts in the comments!