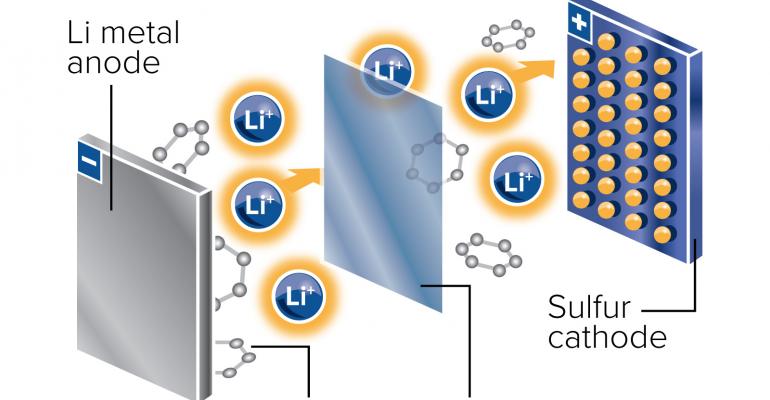 National laboratories and universities are making progress in the research to move beyond lithium ion batteries, but their scientific breakthroughs will continue only with renewed federal funding.

In March of this year, funding for the Joint Center for Energy Storage Research (JCESR) was approved by Congress for another year. The $24.1 budget for 2018 from the US Department of Energy (DOE) allows JCESR to continue its work on “beyond lithium” batteries. The DOE was also directed to move forward with a five-year renewal of JCESR. The review of that proposal is currently underway.

JCESR got its start in 2012, when it was funded for five years with the vision, “to create game-changing, next-generation battery technologies that will transform transportation and the electricity grid the way lithium-ion batteries transformed personal electronics.” The center is administered out of Argonne National Laboratory in Illinois, but includes collaborations with researchers, scientists, and engineers at national laboratories and universities around the country, as well as a few private startup companies.

From the beginning, the JCESR had ambitious goals. For the transportation sector, the objective was to create batteries with five times the energy density at one fifth the cost. This would allow an electric vehicle (EV) to easily and inexpensively travel up to 400 miles on a single charge. For electrical power grids, the same energy density and cost goals would make storing and releasing renewable electricity on the grid as inexpensive as generating it with a natural gas turbine.

By all accounts, JCSER has been successful. “We promised one prototype for the grid, and one for the car, at the beginning,” George Crabtree, Argonne National Laboratory senior scientist and distinguished fellow, and the director of JCSER, told Design News. “What we delivered was two for the grid and two for the car. So we delivered four, after we promised two. We made about 60% of the energy density goal. In other words, we got three times the energy density, not five. We made the cost goal within 20%—we wanted $100 per kilowatt-hour, we got $120,” Crabtree noted.

“The bigger story is that we learned some lessons from that, and we changed our direction,” said Crabtree. “The lesson we learned is that on any given battery, it is very hard to meet all the performance specs that you want. We have changed, in our second five years, in recognition of this challenge (and our goal) to make batteries that meet all requirements simultaneously. The way we will do that is to understand, design, and control battery material performance at the atomic and molecular level,” said Crabtree.

Crabtree notes that battery research has been undertaken using an Edisonian approach. “Let’s try this material, let’s try that material, let’s tweak a material that we know about, and we will try to improve the performance. So far, that has not produced batteries that meet multiple performance metrics,” said Crabtree. “So we are trying something new. We are going to start at the atomic and molecular level and understand it well enough to design batteries from the bottom up—make our materials atom by atom and molecule by molecule, where every atom and molecule has a prescribed role in meeting a performance spec,” he explained.

One of the strengths of the JCESR has been its transfer of laboratory research results to several startup companies, such as Form Energy, Blue Current, and Sepion Technologies—each of which has benefited from the JCESR research findings.

It is a popular myth that scientific breakthroughs and technical innovation come primarily from a genius individual, working in solitude in a garage-based laboratory. The reality is that the majority of important new technologies and innovations got their start in a national laboratory, doing basic science research and funded by federal tax dollars. In many ways, the model started during World War II with the Office of Scientific Research and Development (OSRD), which focused scientific research into the war effort. Innovations like radar, battlefield medicine, bombsights, and even the atomic bomb were the result.

After the war in 1945, Vannevar Bush—who had been the head of the OSRD—wrote, “Basic research leads to new knowledge. It provides scientific capital. It creates the fund from which the practical applications of knowledge must be drawn.” His report, Science, the Endless Frontier, was delivered to President Truman in 1945. It became the blueprint for government-sponsored scientific research for the next 70 years.

“There is a very definite place for government funding of basic research, and that place is at the pre-competitive level,” said Crabtree. “We are working on next-generation batteries, for example. But we are not going to make the next-generation battery—we leave that to some commercial enterprise that sees a good idea and an opportunity, based on our research, and wants to commercialize it,” said Crabtree. “We are not picking winners and losers. We are simply opening up the space of possibilities that the private sector will choose from,” he added.

Federal funding of scientific research has, sadly, become highly politicized. The decision to continue to fund JCESR for another five years will be made within the next month. Hopefully, those in control of the purse-strings will consider the words of Vannevar Bush from 1945: “New products and new processes do not appear full-grown. They are founded on new principles and new conceptions, which in turn are painstakingly developed by research in the purest realms of science.”