Four Challenges for LiDAR on the Road to Autonomous Vehicles 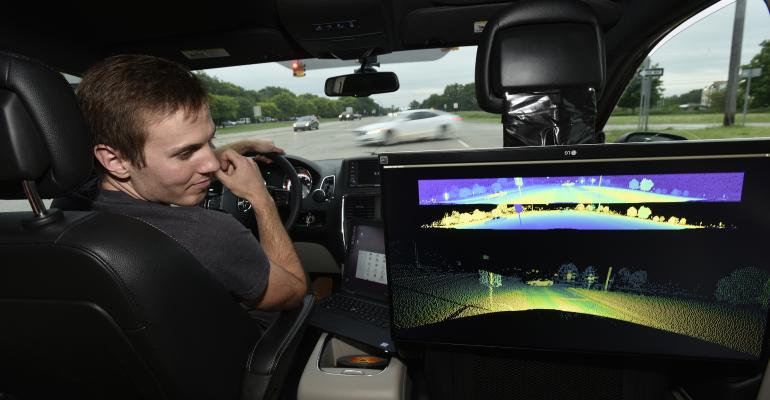 Stigmas around fatal autonomous vehicle crashes aren't the biggest challenge for the nascent automotive LiDAR industry. Industry representatives weigh in on the future of light detecting and ranging technology for driverless cars.

Light detecting and ranging (LiDAR) has bigger challenges ahead than autonomous vehicle crashes. LiDAR wasn't even the culprit behind a fatal autonomous vehicle accident with Uber in March that killed an Arizona woman walking her bicycle across a darkened roadway. Yet LiDAR makers still face extra pressure to make flawless systems for self-driving cars.

Consumer trust in self-driving cars falls when rare but widely reported incidents involve automated vehicles. In 2017, the American Automobile Association (AAA) released the results of a poll that found that 78% of Americans are afraid to ride in a self-driving vehicle. That number moves up and down, depending on how many incidents are in the news.

Low public trust is a discouraging backdrop for a young industry working to make systems integral to automated vehicles. Several forms of LiDAR, which has a wavelength of light about 100,000 times smaller than radio wavelengths, have venture capital backing. For example, the industry leader—San Jose, CA-based Velodyne LiDAR Inc.—has financial backing from Ford Motor Co. and a role in every autonomous car project except Google’s Waymo. Luminar Technologies of Palo Alto, CA recently received an undisclosed investment from Volvo. And Israeli company Innoviz recently entered into an agreement with BMW to supply LiDAR systems for its production vehicles.

A November 2016 report by Grand View Research forecast the global automotive LiDAR market to be worth $223.2 million USD by 2024. But with so much growth and an increasing number of players on the stage, there are still four hurdles the LiDAR industry must clear:

Mike Ramsey, automotive analyst for Gartner Inc., isn’t convinced of the business case for automated vehicles. By extension, that includes LiDAR. “We are not talking about a technology that is fully commercialized yet,” he said. “So, I think getting to a low-cost, high-volume LiDAR is going to be more challenging than what people figure.”

When it comes to the cost of LiDAR systems, startups are quick to compare the five-figure cost to the declining cost of other technology as it spreads to more vehicles.

“Every technology gets commoditized at some point. It will happen with LiDAR,” said Angus Pacala, co-founder and CEO of LiDAR startup Ouster. “Automotive radars used to be $15,000. Now, they are $50. And it did take 15 years. We’re five years into a 15-year lifecycle for LiDAR. So, cost isn’t going to be a problem.”

Jim Curry, vice president for product at Blackmore Sensors and Analytics, said the telecommunications industry—in shrinking the cost of 1550 nanometer sources—is enabling the use of cheaper materials in production. “I think there is a perception gap between the long-term cost of these systems and the reality. People think 1550 can never get cheap and that’s wrong.” Blackmore says its frequency modulated, 1550 nanometer wavelength LiDAR eliminates random light sources and can capture data 400 meters away. The company is among several startups trying to convert its LiDAR to complementary metal-oxide semiconductor (CMOS) technology—the same used in the transistors embedded into most of today's computer microchips.

Whether 905- or 1550-nanometer wavelength systems prevail, range is a big issue for LiDAR. How close, how far, how wide, and how accurately can LiDAR systems build the 3D picture from point clouds consisting of millions of pixels?

“Range isn’t always range,” said John Eggert, director of automotive sales and marketing at Velodyne. “[It’s] dynamic range. What do you see and when can you see it? We see a lot of ‘specs’ around 200 meters. What do you see at 200 meters if you have a very reflective surface?

“Most any LiDAR can see at 100, 200, 300 meters,” he said. “Can you see that dark object? Can you get some detections off a dark object? It’s not just a matter of reputed range, but range at what reflectivity? While you’re able to see something very dark and very far away, how about something very bright and very close simultaneously?”

“It comes down to vibration and shock, wear and tear, cleaning—all the aspects that we see on our cars,” said Jada Smith, vice president of engineering and external affairs at Aptiv, the autonomous vehicle spinoff of Delphi Technologies. “LiDAR systems have to be able to withstand that. We need perfection in the algorithms. We have to be confident that the use cases are going to be supported time and time again.”

Velodyne’s Eggert said that after years of designing LiDAR for R&D use, automotive grade reliability is comparatively new. “We’ve got a lot of history with our sensors on the road, some of them running 24 hours a day. Caterpillar has mining trucks [with Velodyne sensors] in Australia that get shot with a water hose at the end of the day.”

Ouster’s Pacala said reliability “...is pure engineering and it’s going to be solved. We’re designing our sensors for a 10-year lifetime, and I know we’re going to hit that.”

While LiDAR may not have been responsible for the recent Uber incident, it does come with potentially fatal flaws that need to be corrected:

These are just a few of the cases that LiDAR must learn to read. Then there’s the filthy black car to consider. “It’s virtually invisible,” said Aptiv’s Smith. “You start adding weather elements, whether it's wet snow or heavy rain, and you create challenges where the LiDAR just isn’t the right tool.”

She continued, “We’re big believers in fusion, having the cameras, having the radars, and then bringing it all together. When you think about a car that drives itself, it needs all the senses. With LiDARs, there are challenges, but they are offset by bringing in these other sensors.”

Jim Schwyn, CTO of automotive supplier Valeo North America, said he keeps a towel in his car to wipe grime that collects on the lens of his rear-view camera. “What if the LiDAR is dirty? Are we in a situation where we are going to take the gasoline tank from a car and replace it with a windshield washer reservoir to be able to keep these things clean?”

Smith said that the safety of LiDAR-enabled autonomous systems involves more than how many miles of testing it has logged. “We have to be confident it has passed a gauntlet of tests, whether that’s actual use cases or simulated use cases. It’s a matter of what scenarios have been accomplished successfully before we put something out there.”

Alan Adler is a Michigan-based news, feature, and technical writer for a variety of outlets following a 20-year career in domestic and international communications at General Motors. He is a former reporter and editor at The Associated Press and the Detroit Free Press. Alan writes about technology, autonomous and electrified vehicles, transportation, sports, real estate development, and other subjects.