Energy Coming Out of the Ground 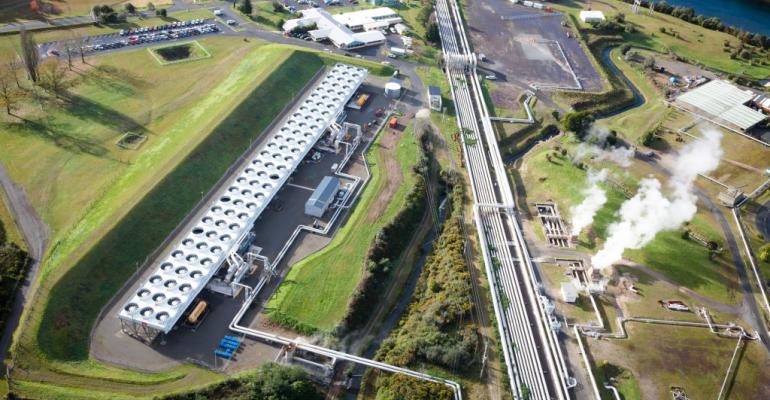 Geothermal energy has great worldwide potential: A new collaboration between the US and New Zealand intends to expand its use.

Living on a volcanic island on the Pacific “Ring of Fire” has its pluses and minuses. On the downside are frequent earthquakes and the potential for a really big one that could wipe out whole towns and cause Tsunamis. On the plus side, all that molten rock just under the Earth’s surface is a tremendous source of heat energy. Taking advantage of that almost free energy is something at which the island nation of New Zealand has excelled.

Recently, the US Department of Energy (DOE) announced a collaboration agreement with New Zealand’s Ministry of Business, Innovation and Employment (MBIE) to develop advanced and cost-effective geothermal energy technologies. The US is the world leader in geothermal energy with more than 3.8 gigawatts (GW) online. New Zealand has about 1.07 GW of geothermal capacity, supplying more than 17% of the country’s electricity needs.

New Zealand’s geothermal energy production is centered in the Taupo and Kawerau regions on the country’s north island. Because the island sits over two active tectonic plates—the Indo-Australian and the Pacific Plates—the energy coming from the ground has been used for hundreds of years. Thermal springs and spa baths were set up by early European settlers in the Rotorua area not far from Taupo in the 1870s. New Zealand began producing electricity from geothermal energy in 1958.

The principle behind geothermal electricity generation is simple. Heat below the ground is used to superheat water, which can be used to power a steam turbine and electrical generator. Because minerals are often dissolved in the superheated water, a heat exchanger can be used to transfer the energy to a secondary system that actually powers the electricity-producing steam turbine. These minerals can cause problems, as they form deposits that build up over time and can reduce the system efficiency. The dissolved minerals can also be extracted, creating an additional revenue stream.

Unlike wind and solar power, which are intermittent, geothermal is a renewable carbon-free energy source that is constant, day or night and with or without wind. “Geothermal represents a clean, nearly inexhaustible baseload source of electricity, which makes it a viable renewable energy source both here in the United States and worldwide,” said Timothy Unruh, deputy assistant secretary for renewable power at the DOE’s Office of Energy Efficiency and Renewable Energy (EERE), in a DOE press release.

The new collaboration agreement between the US and New Zealand is wide-ranging. In addition to accelerating the availability of geothermal technologies worldwide, it also looks to examine areas of interest such as induced seismic activity and mineral recovery. The proposed areas of joint development and improvement include “…modeling tools, mineral recovery, direct use applications, and supercritical geothermal systems,” according to the DOE release. “This new research partnership with New Zealand will connect experts from both countries to collaborate on a mutually beneficial basis to advance and accelerate the development of geothermal technologies,” said the DOE’s Unruh.

The US and New Zealand agreement was announced during a June 2018 meeting in Taupo of the International Partnership of Geothermal Technology (IPGT). The IPGT was formed by the US in 2008 and New Zealand joined the organization in 2011. Other IPGT members include Australia, Switzerland, and Iceland.