The Electrolyte: Enabler of Great Things 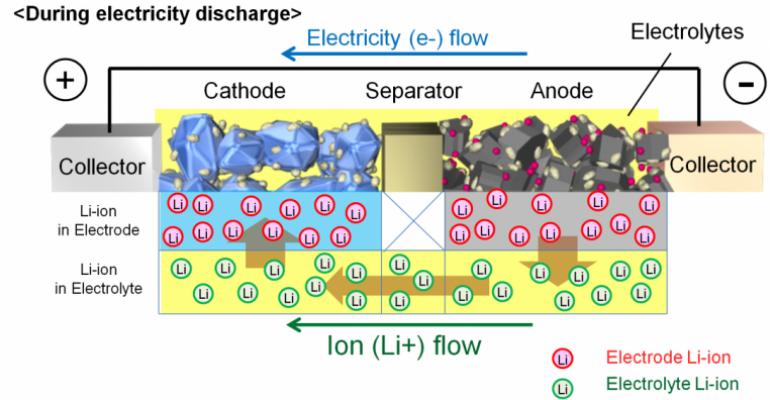 Focusing on the unsung hero of the battery world

Electrolytes in lithium-metal and lithium-ion batteries have an especially difficult and complex role to play. The electrolyte is in contact with both the anode and the cathode and must not react with either. It must allow a high degree of mobility of lithium ions between the two electrodes, but must be an electronic insulator to avoid self-discharge of electrons between the electrodes. It should be thermally stable and relatively non-toxic so that it doesn’t present an environmental hazard in the event of an accident. Lastly, it must be inexpensive if the price of batteries is to continue to fall.

These organic solvent materials are all flammable. Indeed, when a lithium-ion battery catches fire, it is usually the solvents that provide the primary fuel source. This is proving to be an ever-increasing problem, as lithium-ion batteries power nearly all of our personal electronic devices. The Federal Aviation Administration (FAA) in the U.S. has reported 191 fires between 1991 and January 2018 from lithium batteries carried on-board aircraft as cargo or baggage. Ominously, of those, 46 were reported in 2017.

The search for safer, non-flammable electrolytes for lithium-ion batteries has focused on water-based (aqueous) formulations. Although aqueous electrolytes are inherently safe and relatively cheap, they have shown poor cycling performance in discharge and recharging. Because water (H2O) breaks down into hydrogen and oxygen at electrochemical potentials of higher than 1.23 V, the applications for this type of battery cell are further limited.

Another area of significant electrolyte research is solid-state batteries. Toyota, Honda, Hyundai, BMW, and electric-vehicle startup Fisker have all committed significant research energy and dollars to developing solid polymer electrolytes to make safer and more compact rechargeable batteries. Solid-state batteries pose several challenges, however. As lithium ions pass in and out of the crystal structure of a lithium battery's anode and cathode, the action causes the electrodes to swell and contract. This is not a problem with a liquid electrolyte. With a solid, though, the dimensional changes can lead to a buildup of high stresses, possibly leading to cracks in the solid electrolyte.

A bigger problem faced with solid electrolytes is the conductivity of lithium ions across the electrode-electrolyte interface. In a 2017 paper published in Nature, it was noted that “Interfacial conductivity is shown to depend strongly on the preparation method and demonstrated to drop dramatically after a few electrochemical (dis)charge cycles due to both losses in interfacial contact and increased diffusional barriers.”

Fisker, Inc., a California-based electric-vehicle start-up, has claimed, in a press release, to have developed a solid-state battery with three-dimensional electrodes and 2.5 times the energy density of lithium-ion batteries. The company has applied for patents that claim “…novel materials and manufacturing processes…” and project its new technology will cost one third of the 2020 costs for lithium-ion batteries. In Fisker’s press release, Dr. Fabio Albano, VP of Battery Systems at the company, said, “We are addressing all of the hurdles that solid-state batteries have encountered on the path to commercialization, such as performance in cold temperatures; the use of low cost and scalable manufacturing methods; and the ability to form bulk solid-state electrodes with significant thickness and high active material loadings.” Fisker says the technology may be ready for automotive applications after 2023.

Understanding the Role of Cobalt in Batteries