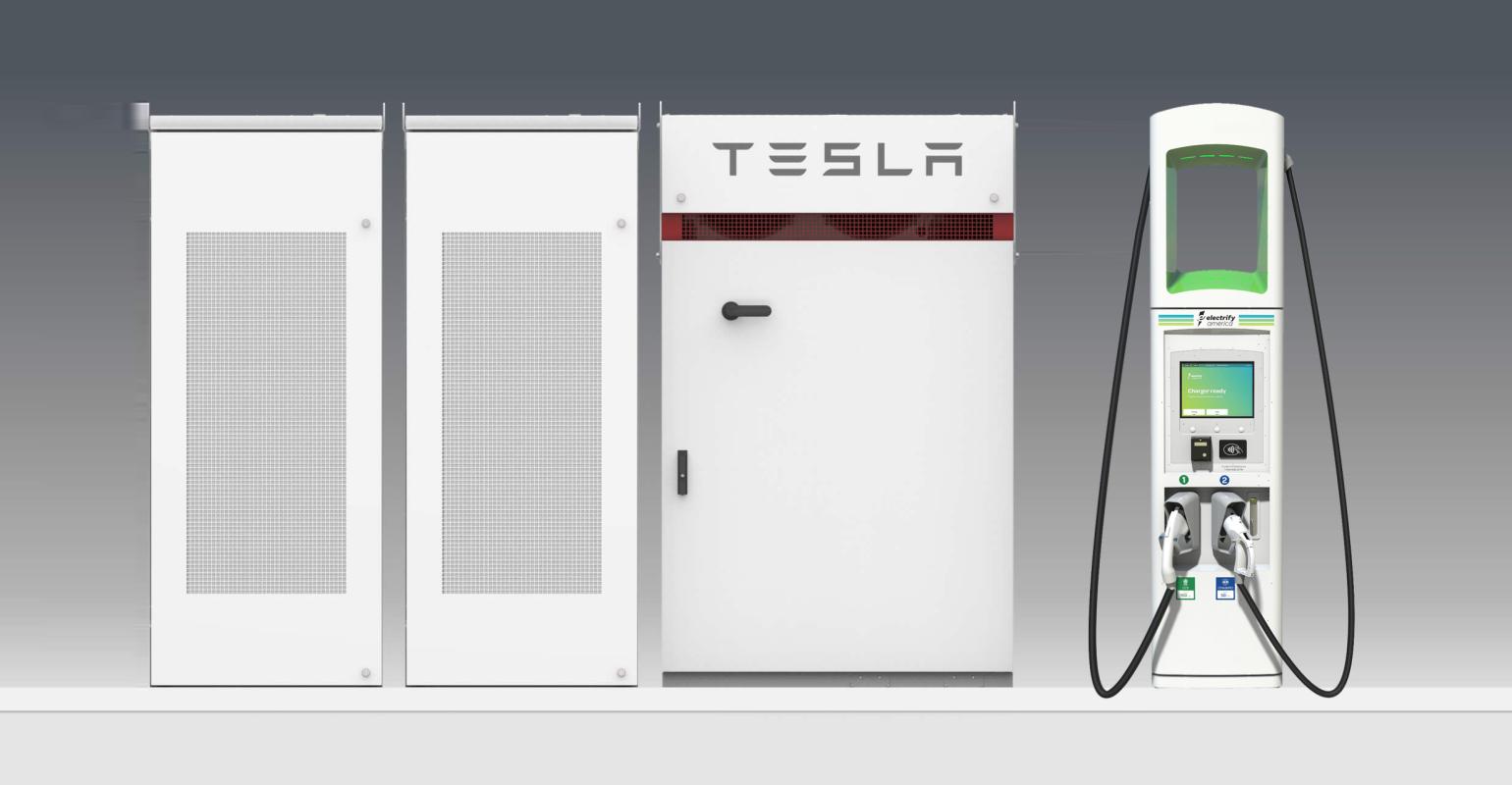 Last year, as a part of the settlement after it was found cheating on diesel engine emissions, Volkswagen agreed to spend $2 billion to create a subsidiary called Electrify America. The company will be spending $800 million in California and $1.2 billion in the rest of the US over the next ten years to build an extensive electric vehicle (EV) charging infrastructure.

As a part of that charging system, the company has now announced its plan to install Tesla Powerpack battery systems at more than 100 of their electric vehicle charging stations nationwide during 2019.

Each site will consist of a 210 kilowatt (kW) battery system with roughly 350 kilowatt-hours (kWh) of charging capacity. With a modular design, more capacity can be added over time. The Tesla battery systems will be deployed to mitigate higher power demand charges and manage operating costs by avoiding or reducing demand and energy charges during peak charging periods.

“Our stations are offering some of the most technologically advanced charging that is available,” said Giovanni Palazzo, chief executive officer of Electrify America in a news release. “With our chargers offering high power levels, it makes sense for us to use batteries at our most high-demand stations for peak shaving to operate more efficiently. Tesla’s Powerpack system is a natural fit given their global expertise in both battery storage development and EV charging.”

Electrify America has designed its charging sites and electrical infrastructure systems to enable future upgrades, meeting the demands of the EV growing market and adapting to a variety of power grid requirements and rate structures.

The Electrify America charging system also features a liquid-cooled connection cable capable of delivering up to 350 kW. In theory, a 350 kW charger can charge a vehicle at speeds up to 20 miles per minute – seven times faster than today’s most commonly used 50 kW fast chargers.

Electrify America’s nationwide DC fast charging stations will be located in 17 metropolitan areas and along high-traffic corridors in 42 states, including two cross-country routes.