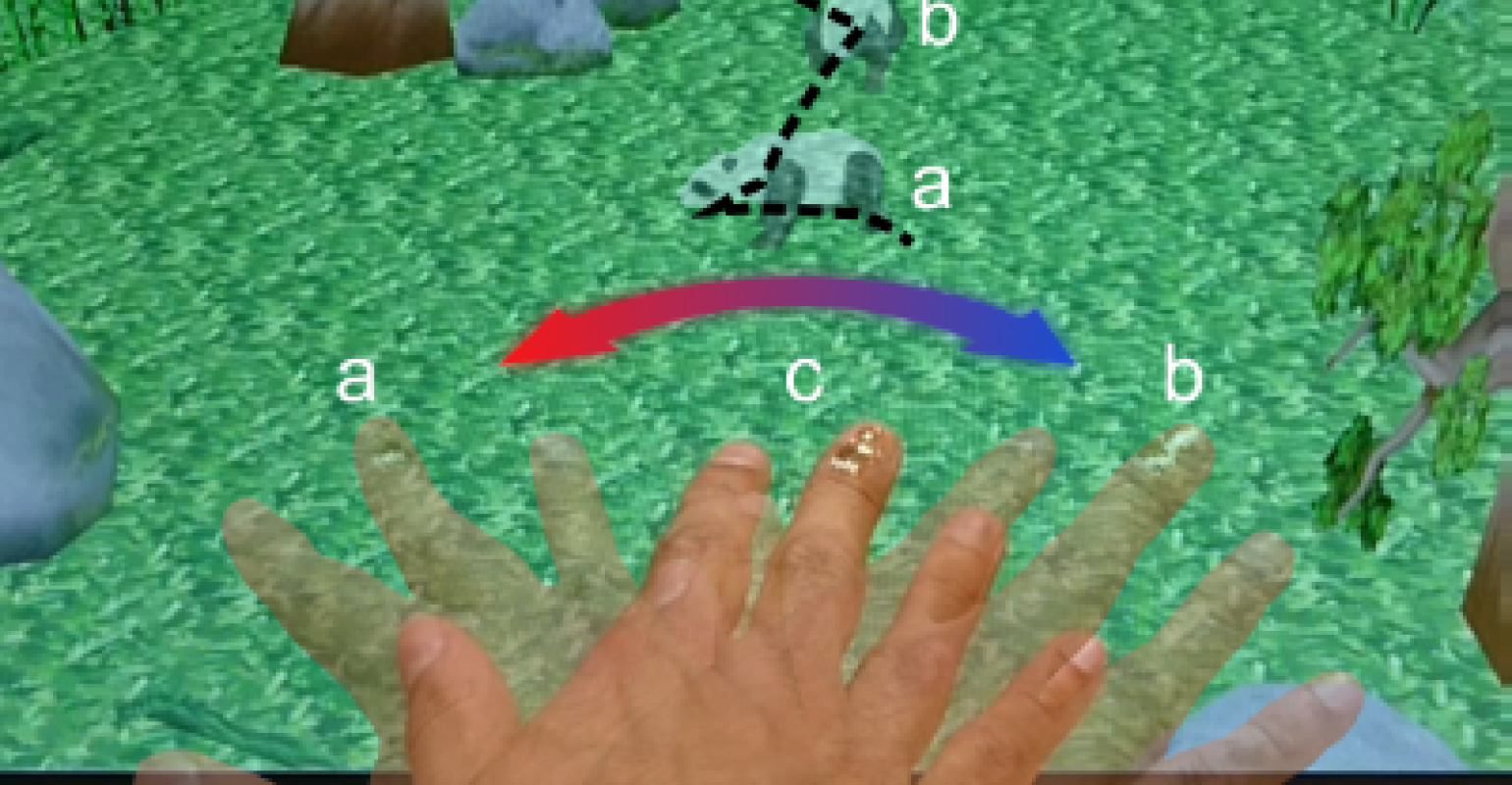 E-Skin Turns a Person into a Compass

Researchers have developed an electronic skin that uses the Earth’s magnetic field for navigation and virtual-reality applications.

A new electronic skin with magnet-sensitive capabilities developed by researchers in Germany can turn someone into a human compass, providing opportunities for navigation as well as virtual-reality and other applications.

Researchers at Helmholtz-Zentrum Dresden-Rossendorf (HZDR) developed the e-skin, which can detect and digitize body motion as it corresponds to the Earth’s magnetic field, they said in an HZDR news release.

The e-skin is extremely thin and malleable, which means it can comfortably and easily be affixed to human skin to create something like a bionic compass, comprised of a foil attached to a person's finger and sensors for easy use, said Gilbert Santiago Cañón Bermúdez, one of the researchers on the project.

“The foil is equipped with magnetic field sensors that can pick up geomagnetic fields,” he said. “We are talking about 40 to 60 microtesla—that is 1,000 times weaker than a magnetic field of a typical fridge magnet.”

Birds already can naturally perceive the Earth’s magnetic field and use it to orientate themselves—something humans can’t do naturally yet. The e-skin developed by the team can provide a means to do this using sensors—ultra-thin strips of the magnetic material permalloy—that operate using the principle of the so-called anisotropic magneto-resistive effect.

“It means that the electric resistance of these layers changes, depending on their orientation in relation to an outer magnetic field,” explained Cañón Bermúdez, another researcher on the project. “In order to align them specifically with the Earth’s magnetic field, we decorated these ferromagnetic strips with slabs of conductive material—in this case, gold—arranged at a 45-degree angle.”

In this way, the electric current can only flow at its particular angle, which changes the response of the sensor to render it most sensitive around very small fields, he said. Somewhat like a compass, the voltage is strongest when the sensors point north and weakest when they point south, Bermudez said.

Researchers demonstrated that the e-skin works for navigation by conducting outdoor experiments. A person with the sensor attached to an index finger started out from the north, then headed west, south, and back again, causing the voltage to rise and fall again accordingly, researchers said. They matched the cardinal directions with those on a traditional compass for reference.

“This shows that we were able to develop the first soft and ultra-thin portable sensor, which can reproduce the functionality of a conventional compass and prospectively grant artificial magnetoception to humans,” Bermúdez said.

Researchers also demonstrated their invention in a virtual-reality setting to show its versatility, using the magnetic sensors to control a digital panda in the computer game engine, Panda3D. By swiping a hand to the left, the virtual panda on the screen starts moving toward the bottom left. Swiping a hand to the right causes the animal to face the other direction.

The team said that its work is the first demonstration of a highly compliant electronic skin that’s capable of controlling virtual objects by relying on interaction with geomagnetic fields. Previously, an external permanent magnet was needed to achieve the same results.

In addition to the scenarios already described, researchers see the e-skin having another application—as a psychologist’s tool, Bermudez said. “Psychologists, for instance, could study the effects of magnetoception in humans more precisely, without bulky devices or cumbersome experimental setups, which are prone to bias the results,” he said.

Researchers published a paper on their work in the journal Nature Electronics.