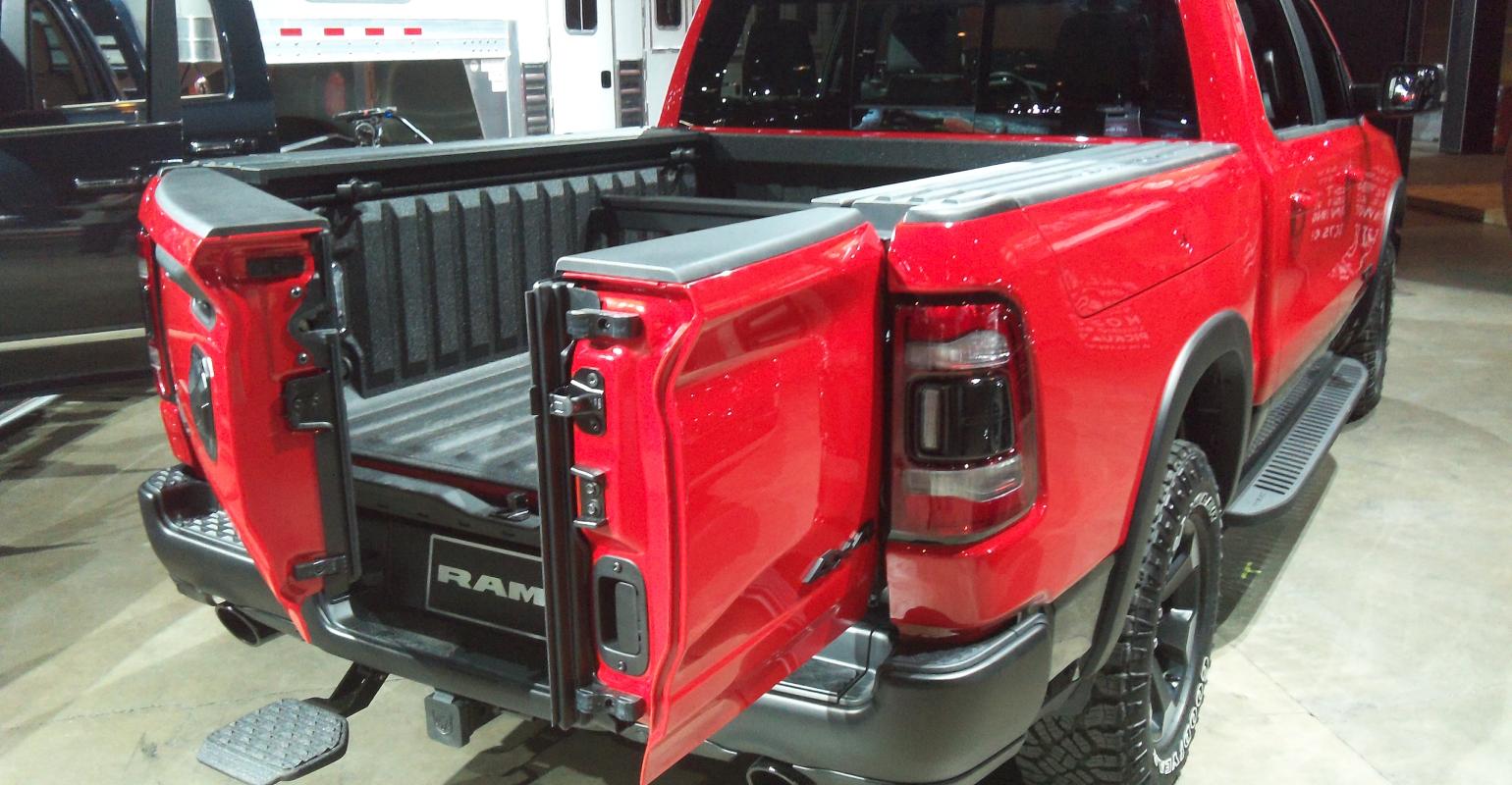 Ram 1500 pickup tailgate can swing down or out to the sides.

A new truck tailgate swings down in traditional fashion, or opens side-by-side, like a pair of French doors.

The tailgate, unveiled at last week’s Chicago Auto Show, aims to make curbside loading easier. It is said to simplify lifting of bulky items and provide a faster, more comfortable way for users to step up into the truck bed. It even allows for forklift loading.

Fiat Chrysler, which introduced it on the 2019 Ram 1500 pickup, says the door is a one-of-a-kind design. “There are swing gates out there and there’s been split gates out there,” Rob Wichman, chief engineer for Ram products, told Design News. “But there’s never been a split-gate that comes down as a normal tailgate.”

The tailgate, which is oriented in a 60/40 split, has four configurations: open flat; open left door only; open right door only; or open both side-to-side doors.

Known as the multifunction tailgate, the new design was three years in the making, and required numerous contributions from mechanical, electrical, and software engineers. Team members on the project were tasked with making sure that users couldn’t find ways to accidently defeat or damage the tailgate. They said the control module ensures it can’t be defeated, but they also needed to add a molded rubber liner on the interior side of one of the doors to prevent damage if users tried to shut them in the wrong order.

Engineers also employed three detents to control the opening swing of the doors. Using the detents, the doors can be opened to 24, 36, or 88 degrees (all the way open). Doing so enables the doors to be more effectively controlled in tight quarters. “If you’re hooked to a trailer or if a car is parked behind you, and you don’t want it all the way open, the detents stop it,” Wichman said.

Finally, the engineering team added a retractable center-mount step to enable users to climb onto the bed when the doors are open. “The step deploys so you can get in and out of your bed really easily,” Wichman said. “You open the gate, deploy the step, and – one, two—you’re in the bed.”