Differences Between Through Hole and Surface Mount PCB Designs 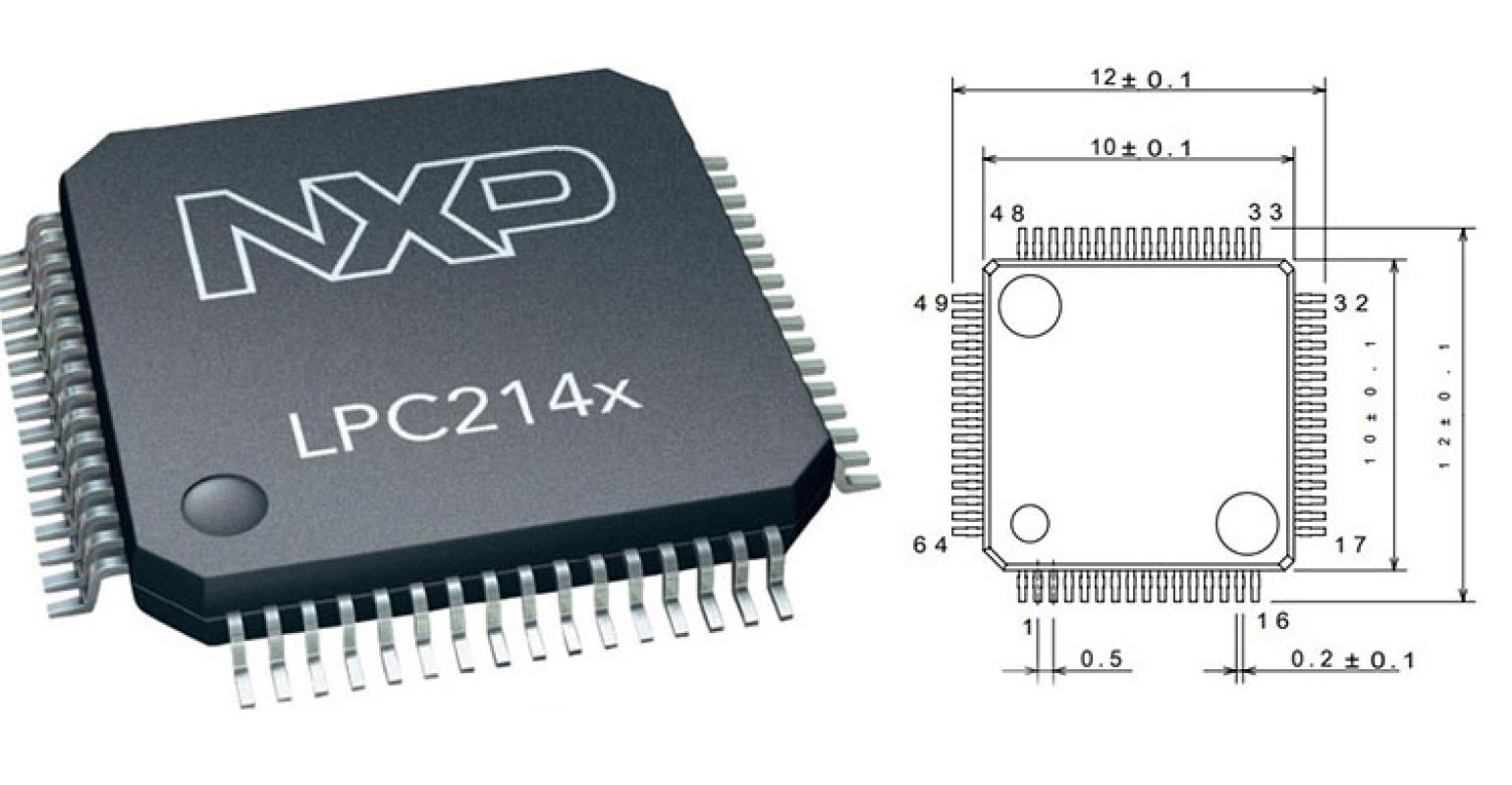 Here’s a concise comparison of the through-hole and SMT methods for use as a decision-making reference guide for PCB designers.

One of the first decisions involved in laying out a printed circuit board (PCB) is choosing the type and style of components to be used. This decision is mainly driven by the PCB’s electrical requirements, but once those are satisfied, it is often possible to choose from a variety of available configurations and footprints for common component types, such as resistors, capacitors, and diodes. The component types selected will influence the size and appearance of the finished printed circuit board assembly (PCBA).

In the past, components with long leads would be inserted, usually by hand, into plated through holes on the PCB. The leads would then be soldered to form permanent interconnections with the holes. This was known as through-hole assembly.

Increasingly, designers prefer to use a more modern (though by now fully mature) assembly method, which utilizes components whose leads attach to the PCB surface only, without the need for a mating hole. This method, originally known as “planar mounting,” has since become more widely known as surface mount technology (SMT).

The following is a concise comparison between the through-hole and SMT methods for use as a decision-making reference guide for PCB designers.

While through-hole components represent the older of the two technologies, there are still valid reasons for using them. For example, any hobbyist with a soldering iron can assemble a through-hole PCB or a small lot of the same with a minimum of fuss, because the holes which accept the component leads are spaced farther apart than the surface pads on an SMT type. Typical spacing from hole center to hole center is generally 0.100” or greater, even for DIP processors. Such generous spacing makes through-hole PCBs easy to hand-solder. There is almost no potential for accidentally creating bridges between the pins on a single component or between those on adjacent components. This cuts down on troubleshooting and rework once the board is fully assembled and powered-up.

Through-hole boards can also be useful in more professional settings, particularly at the prototype stages of a project. The prototype layout can temporarily use through-hole components so the board may be assembled quickly for basic proof-of-concept evaluation. After the board has been proven to function correctly, the designer can swap in smaller SMT types of the same values and revise the PCB layout within a smaller footprint for final testing and eventual production. Doing things this way may save up-front costs for a project, especially those associated with subcontracting a small lot to an outside assembler. Keep in mind that small lots often command premium pricing from outside service providers, who naturally prefer to set up large volume production runs that keep their machines going.

With a through-hole PCB there is no need to generate a new solder stencil each time the PCB undergoes a revision change. This can save hundreds of dollars on a design which goes through two or three spins before it is deemed to be functional. It is also unnecessary to set up pick-and-place equipment, or to purchase accompanying reels of SMT components, until the final PCB configuration is working and ready for production.

In-circuit testing after component assembly can often be done manually and in-house for a small batch of boards, thereby eliminating the expense of fixtures or associated set-up charges. It is also possible to use tin-lead solder (the least costly surface metalization) when working with through-hole boards. The inherent non-planarity of hot air solder leveling (HASL), which can make placement of fine-pitch surface mounted components difficult, is not an issue with through-hole designs.

Another advantage beyond the avoidance of SMT-related cost adders is that it is possible to evaluate mechanical issues (such as excessive warp and twist) during validation, and to compensate for them during redesign without causing insurmountable assembly difficulties, as might occur with SMT. This is because warp and twist is not nearly as critical on a hand-assembled PCB as it is on one populated using pick-and-place equipment. A human assembler can simply change their wrist angle to improve the fit of a stubborn component, but an automated machine requires a PCB with a high degree of flatness in order to function properly. Your through-hole prototype can expose design-related mechanical shortcomings before they become costly and time-consuming “line-down” three-way screaming matches between your PCB fabricator, your contract assembler, and yourself.

When the necessary component types are available in through-hole form, the use of through-hole technology during the development cycle can keep your project on track and simplify the process of assembling prototype and small-lot projects without paying for third-party services. Timelines may be more predictable and controllable with fewer side issues that might delay your product’s critical time-to-market. It may, therefore, be worth considering at least the temporary use of through-hole components during early development and validation stages, whether you as the end user are a hobbyist, an industry start-up, or an established electronics supplier.

One of the most immediately obvious advantages is that it is possible to achieve far greater levels of component density and processing power while fitting everything within a much smaller and lighter overall PCBA. As the devices controlled by PCBs become smaller and smaller, efficient use of available surface area becomes increasingly more critical. SMT technology becomes a necessity.

For instance, it would require several 14-pin or 16-pin dual in-line processors, each measuring around 0.80” x 0.35”, to even approximate the computing power available in a single surface-mounted BGA or 64-pin QFP processor, which might fit within a total area one square inch or smaller. In addition to the larger component footprints for through-hole types, the interconnections on the PCB would require additional space for via placement.

By contrast, when using SMT components, the plated through-hole required for each through-hole component lead is eliminated and replaced by a relatively small surface pad. It is then possible to drill small vias into the surface mount pads themselves, directly underneath the SMT component leads, allowing for Z-axis interconnections, which can then fan out from the wall of the via to one or more internal signal layers. All these interconnections can now occur either within or immediately adjacent to the device’s own footprint, saving significantly on available real estate. The space around the SMT component can then be used for placement of additional components. The higher densities possible with SMT are a byproduct of both the smaller footprint size of the components themselves and the space reclaimed by the elimination of drilling component mounting holes. A related advantage is that it is common for SMT boards to utilize both sides of the PCB for component mounting.

With such advantages come several considerations, which must be kept in mind when designing for SMT PCBs. Materials, surface finishes, and mechanical characteristics become increasingly important. Problems with any of these elements can cause major headaches when it comes time to assemble the PCBs on automated equipment.

Materials and surface finish play a critical role and are, to some extent, interactive with one another. The leaded solder used in HASL is a poor choice for SMT work (particularly on components with pin pitches less than 0.050”) because it tends to puddle at one end of the pad, where it then cools in a non-planar state. The component leads need to sit flat in order to avoid positioning problems, so even when RoHS compliance is not an issue, it is best to select a more planar finish, such as Electroless Nickel Immersion Gold (ENIG), Immersion Silver, or Immersion Tin when dealing with finer-pitch SMDs.

It is also important not to under-spec your base laminate. SMT boards generally require higher soldering temperatures than through-hole boards, primarily because of the lead-free surface finishes that are most often used. Materials that meet IPC-4101D/126 (Tg 170C, Td 340C, with inorganic fillers) will stand up to high soldering temperatures. They will also withstand multiple thermal cycling shocks, which will occur when assembling two-sided SMT boards, or boards that use multiple component technologies.

Gerber artworks need a few extra features so that the SMT assembly process will go smoothly. Add at least one set of fiducial pads to the external layers (most commonly in an “L” pattern along the outer edges of the PCB) so that pick-and-place equipment will have a reference for squaring the PCB and for establishing a dimensional datum point. Consider eliminating soldermask openings for vias to minimize the potential for solder shorts and to eliminate reflections that may confuse the pick-and-place unit when it is trying to identify the fiducials. For in-circuit testing, it is often good practice to add test point pads wherever you need them. Depending upon the test equipment, these can be SMT type or they may include holes to accept test probes. Work with your assembler or test service to determine which type is best.

Given the importance of dimensional accuracy and the nature of automated assembly equipment, it is important to “design-in” flatness. Do this by balancing copper coverage as evenly as possible from layer to layer and by pouring copper into large blank areas wherever you can. This will prevent uneven stresses from pulling the material in a particular direction after etching.

Use stack-ups, which are symmetrical around the center of the stack, so the layers support one another in the Z axis. For example, a six-layer PCB will generally stack as follows: Top Signal L1, Prepreg, Plane L2, FR4 core, Internal Signal L3, Prepreg, Internal Signal L4, FR4 Core, Plane L5, Prepreg, Bottom Signal L6. This will work as long as the copper area on each layer is fairly well-balanced (particularly on the core layer pairs at L2-L3 and L4-L5) and it will place planes where they will be available as reference for impedance control at layers 1+3, 4+6.

If you build a prototype and it does warp or twist, do not attempt to “fix” the problem by adding a drawing requirement for warp and twist that is in excess of what IPC requires. The IPC warp and twist spec are already twice as stringent for SMT as it is for through-hole, and most fabricators will push back if you ask for anything tighter. Instead, revisit the design for potential causes of the problem, and be sure you understand when the problem is happening – on the bare PCBs as-received, during assembly, or both. Then work with the fabricator, who can often make recommendations that will alleviate the problem on subsequent runs.

While SMT is by far the more common technology over the past several years, through-hole can still fill certain needs, as long as it can deliver the necessary processing power within a reasonable footprint size. It is useful to consider both PCB types, and to weigh their pros and cons before launching your development cycle.