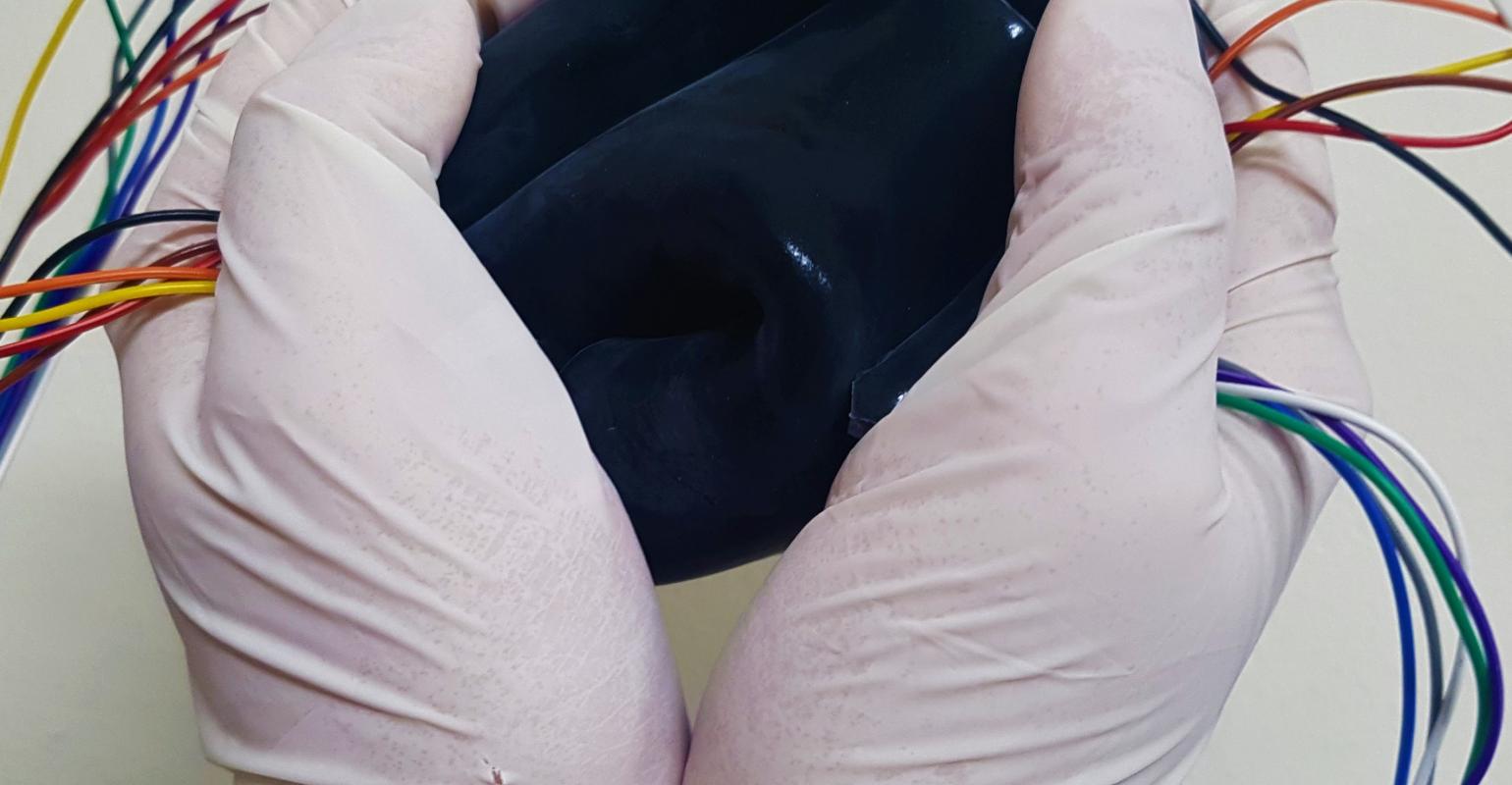 Researchers have developed a rugged, flexible keyboard that can be folded into a pocket using artificial intelligence.

Researchers have used deep learning to transform a sensor array removed from a complex tactile-sensing system to turn it into a simple, flexible keyboard that can be folded up and put in someone’s pocket.

A team composed of scientists from two South Korean universities—Sejong University and Kyungpook National University—developed the soft, yet rugged keyboard. The keyboard features a deceptively simple interface that enables it to learn while it’s being used, said Kee-Sun Sohn, a professor at Sejong University who worked on the research.

Existing keyboards for various devices use either rigid buttons inserted into a rollable sheet or a tactile sensor array patterned on a multilayered soft sheet. Either of these designs requires a rather complex fabrication process, researchers said. Moreover, because of the brittle components of which these systems are comprised, they can only endure a slight amount of bending or other wear and tear before encountering functionality failure.

The keyboard designed by the South Korean team can withstand various rigors of everyday life, including complete folding and even crumpling, because of its flexible design.

The researchers developed the device using a sheet of soft Ecoflex silicone rubber, Sohn said. Embedded within the sheet are conductive carbon nanotubes that respond to a finger push through changing electrical resistance.

To guide users on where to press on the keyboard, researchers drew squares on the surface of the sheet to represent keys for each letter, number, or other character. The deep-learning aspect of the design comes into play through an artificial neural network built into the keyboard that teaches it to identify the intended letter or character based on the location and pressure of pushes—and associated changes in resistance—on the keyboard, Sohn said.

“It is the deep learning that made it possible to make such a stupid material act as a smart device,” he said.

In tests, the keyboard functioned without glitches and performed formidably against existing flexible keyboards in functionality, flexibility, disposability, and cost, researchers said. In fact, they said it would cost only about $1 to fabricate each keyboard, making it so inexpensive that it wouldn’t be such a financial waste to discard one once it stops working.

Researchers believe the keyboard could be commercialized alongside existing flexible keyboards on the market, which are more limited in their flexibility and generally larger when rolled up for transport.

The team published a paper on their research in the ACS journal Applied Materials & Interfaces.