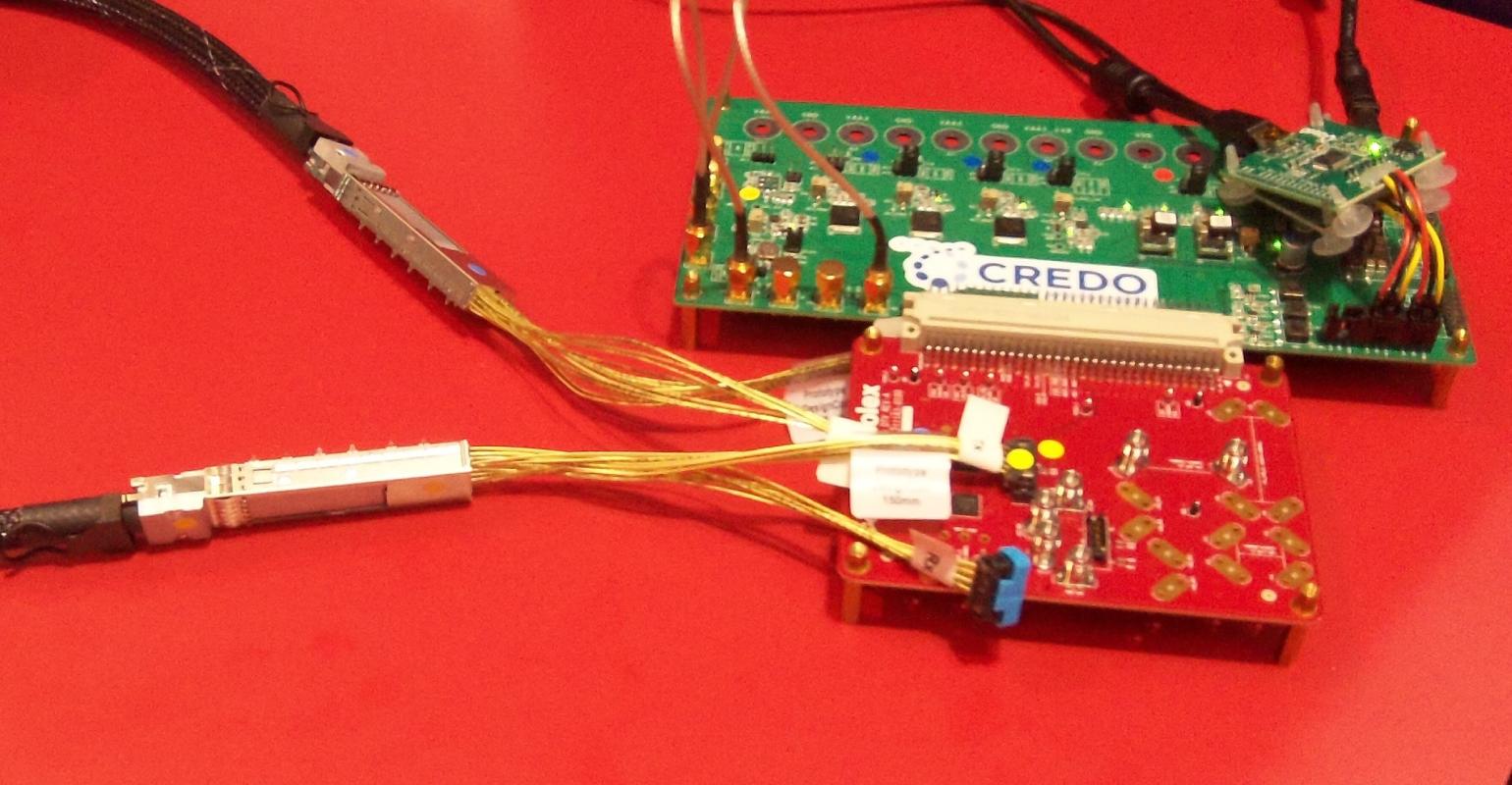 Molex’s BiPass cable assembly can serve in switch-to-server connections at speeds up to 112 Gbps.

In the ongoing drive toward gigabit speeds in servers and other computing systems, copper cabling has sometimes been written off. That’s especially true now, as engineers charge toward 112 gigabits per second (Gbps).

But at the recent DesignCon 2019 show, Molex, Inc. demonstrated a cable assembly that could enable hyper-scale data centers to employ copper, instead of expensive fiber optics, in some 112 Gbps applications for switches, routers, and servers.

Known as BiPass, the cable assembly routes signals directly from an ASIC chip in a switch to the server front-panel I/O without having to go through the printed circuit board that normally resides in between them. “Because it eliminates so much of the loss that you would (otherwise) have going through the printed circuit board, now you can go two-and-a-half to three meters, and all of a sudden, a passive copper link is still viable,” Brent Hatfield, new product development manager for Molex, told Design News. “And at the same time, you don’t have to go to an optical fiber, which would be dramatically more expensive.”

BiPass accomplishes that by employing a twinaxial copper cable assembly – that is, dual co-axial cables. The so-called “twinax” assembly offers an inherent advantage in terms of signal integrity, Hatfield said. “A coax or twinax has much higher performance than a printed circuit board material,” he told us. “It’s always been the case, and it’s universally accepted.”

In essence, the twinax serves as a shunt around the switch’s printed circuit board, which can be “lossy,” Hatfield said. “As speeds go up, printed circuit board materials tend to have increasing challenges transmitting the signals,” he said. “They have so many traces in there, and the traces can get long. So by the time you get to the front panel I/O, you can lose signal.”

In the past, engineers dealt with those signal integrity issues by changing the circuit board materials, or by adding signal “re-timers,” or by employing fiber optics. New board materials, however, can be expensive. So can re-timers. Moreover, re-timers can consume high quantities of power. And fiber optics, which can be a great solution in many respects, can also be prohibitively expensive.

“The big thing that drives all this is the economics,” Hatfield said. “A good rule of thumb is that if you’re going to have an optic solution, it’s going to be seven to ten times more expensive than copper.”

Molex actually introduced the BiPass solution in 2017, in anticipation of the coming demand for speeds of 56 Gbps. Now that 56 Gbps is emerging, and the industry has begun looking to the next step of 112 Gbps, the BiPass concept is starting to gain traction, Hatfield said. Some customers are considering the technology, not only for switch-to-server connections, but for other parts of the server, as well.

“After we reached 1 gigabit per second, people though we had hit the breakpoint, and we would have to go to fiber optics,” Hatfield said. “Then we got to 25 gigabits and later to 56 gigabits, and they said, ‘No way; the laws of physics won’t allow it.’ But here we are at 112, and copper is still viable.”