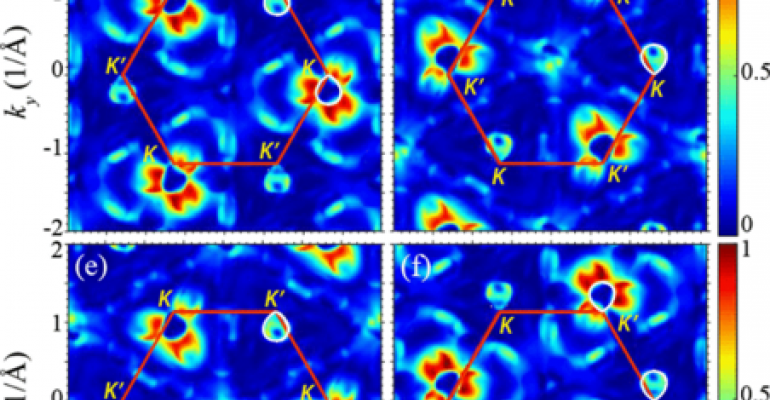 While computers have come a long way since the early days of machines like the Commodore 64 in terms of memory and performance, researchers are constantly seeking ways to improve aspects of the technology. Now, researchers at Georgia State University (GSU) have made what they think is a key breakthrough involving materials called transition metal dichalcogenides (TMDCs). Specifically, they discovered that TMDCs possess optical properties that could make computers run at unprecedented memory speeds and energy efficiency, they said in a GSU news release.

The materials—which are atomically thin semiconductors—could make computers run on the femtosecond time scale, or a million times faster than they do now, researchers said.

Indeed, optics is the way forward for improving computer speeds and efficiency at orders of magnitude that are much faster than current technology, said Mark Stockman, director of the Center for Nano-Optics and a Regents’ professor in the Department of Physics and Astronomy at Georgia State. “There is nothing faster, except light,” he said in the release. “The only way to build much faster computers is to use optics, not electronics.”

Using optical materials like TMDCs, however, means the current thought behind improving computer speeds—taking an electronic approach by boosting the number of processors—must be put aside, Stockman said.  “Electronics, which is used by current computers, can’t go any faster, which is why engineers have been increasing the number of processors,” he explained. “We propose the TMDCs to make computers a million times more efficient. This is a fundamentally different approach to information technology.”

Processing in a Femtosecond

Computers currently operate on the time scale of a fraction of a nanosecond. With TMDCs, they could potentially process information within a femtosecond—one millionth of one billionth of a second—or two, researchers said. A key to making such a leap in performance is the hexagonal lattice structure of a TMDC, Stockman noted. This structure is comprised of a layer of transition metal atoms sandwiched between two layers of chalcogen atoms, allowing electrons to rotate in circles in different states.

In TMDCs, some electrons spin to the left and others turn to the right, depending on their position on the hexagon. This motion causes an effect called topological resonance, which allows for the reading, writing, or processing of a bit of information in only a few femtoseconds. It’s this effect that allows these materials to dramatically improve computer-processor speed and also enable more efficient information storage, Stockman said.

In addition to their ability to significantly improve computer performance, TMDCs also have other positive characteristics for computer production, including stability and non-toxicity, as well as a thin, light, and strong mechanical structure, researchers said.

Examples of these materials include molybdenum disulfide and tungsten diselenide, which researchers plan to investigate among others to determine the best options for the future of improving computer performance.

They published a paper on their work in the journal Physical Review B.