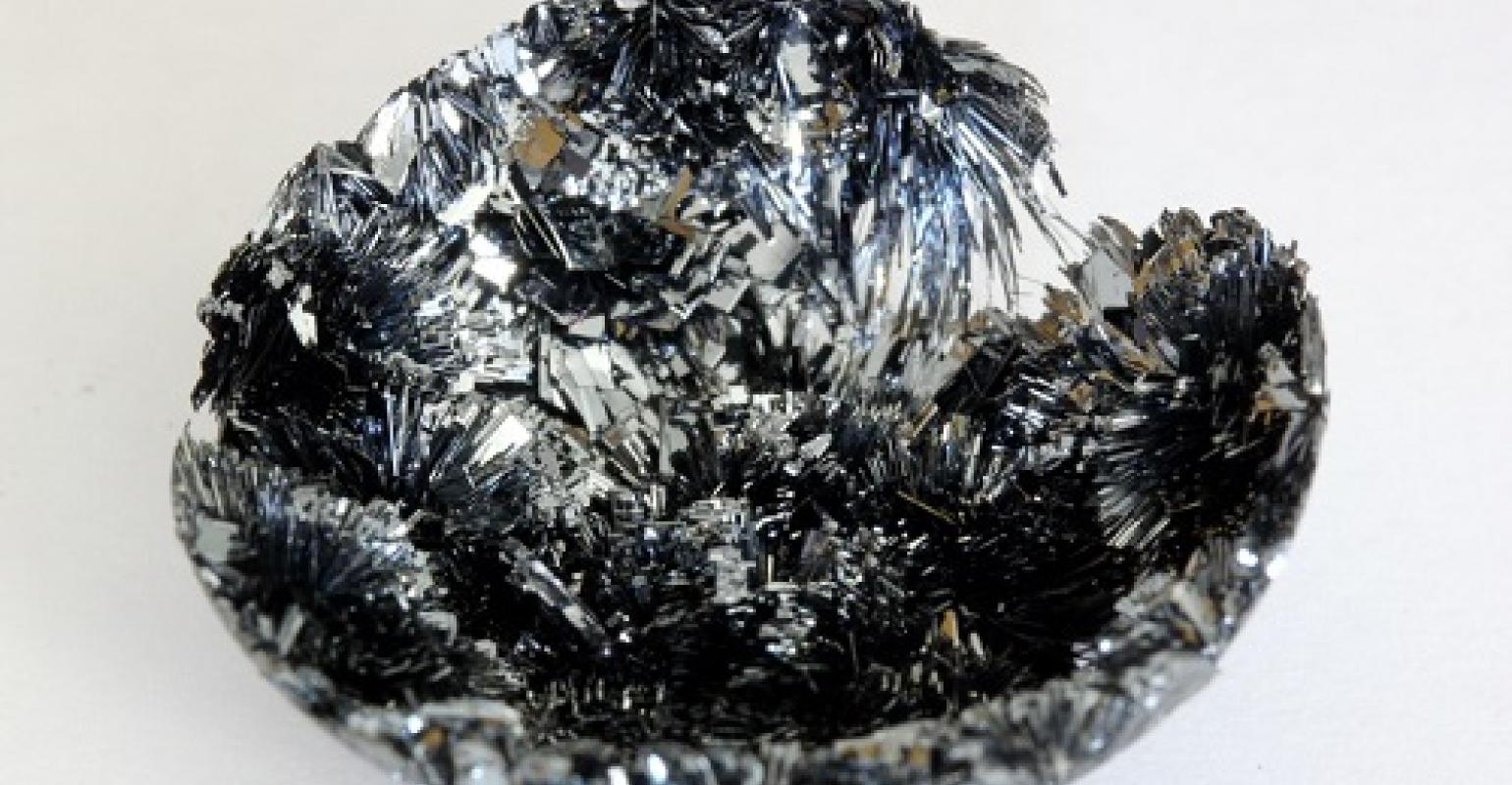 Black phosphorus, a physical of phosphorus, is a two-dimensional material similar to graphene. Its semiconducting bandgap spans a wide region of the electromagnetic spectrum making it more appealing as a printer ink for many optoelectronic and photonic applications.

While it often seems that the focus on printing technology today is on the three-dimensional kind, researchers hoping to further printed electronics applications are looking for new two-dimensional materials with unique properties. Newer materials, researchers believe, could greatly advance the printing of optoelectronics and photonics using ordinary inkjet printing process.

Black phosphorus (BP), a physical of phosphorus, is a two-dimensional material similar to graphene. Its semiconducting bandgap spans a wide region of the electromagnetic spectrum making it more appealing for many optoelectronic and photonic applications. Previous research into the use of BP in printing was unable to convert the bulk crystals into a stable and printable ink – the ink solvents had boiling points that were too high and led to long drying times, and as such BP could degrade by oxidation under ambient conditions. This made it challenging to develop stable BP-based printed optoelectronic devices.

Dr. Tawfique Hasan and his research team from the Hybrid Nanomaterials Engineering Group at Cambridge Graphene Center presented a new ink formulation of black phosphorus in a study published in the journal Nature Communications. In their work, the team converted BP crystals into a functional ink that can be used with inkjet printers for functional device fabrication. The new BP ink was designed to have the fluidic properties required by inkjet printing technology and showed long-term stability against sedimentation thanks to careful solvent selection and an ink composition design that achieves fast drying.

For the ink formulation, the bulk BP crystals were solution-processed into nanoflakes a few atoms thick, which were then dispersed in a mixture of alcohols for ink formulation. Using this ink, the researchers were able to fabricate devices with inkjet printing systems. The goal, according to Tawfique, is high-speed, inexpensive, large-scale reproducible functional printed device fabrication, which hadn't been possible before.

"To retain the stability against sedimentation for functional device fabrication, the state-of-art functional ink formulations of 2D materials are typically formulated with certain selected high boiling point solvents," Tawfique told Design News. "This, however, can lead to time-consuming printing (which can result in significant BP degradation) and do not allow precisely controlled patterning of the 2D materials for scalable, reproducible device fabrication."

With the new ink, which could be printed onto a variety of substrates – including silicon wafer, glass, plastics, and paper – researchers were able to achieve high printed uniformity, high print-to-print consistency and high-level of reproducibility. This level of quality raises the possibilities for scalable device manufacturing, including wafer-scale device printing that integrates thousands of devices on a wafer, a feat not achievable with other 2D material ink formulation strategies.

"The highly controlled patterning capability of our BP ink (i.e., even flake distribution and precise control over optical densities) will allow large-scale printing of functional devices, for instance the nonlinear optical ultrafast switches we demonstrated in this work,” said Dr. Guohua Hu, the lead author of the research. “The devices exhibited spatially consistent and controlled optical properties for stable laser operation. Additionally, the BP ink can be printed onto a variety of optically compatible substrates and interfaces, including quartz, plastics and optical fibers, enabling truly flexible optical switch device designs for laser integration."

The new BP ink formulation and its usability on a variety of substrates opens prospects for new applications. To start, it holds the promise of seamless integration of inkjet-printed BP with existing CMOS (complementary metal–oxide–semiconductor) and integrated circuits for silicon-based technologies. This can lead to improved manufacturing flexibility as well as a high level of integration and miniaturization for inkjet-printed BP-based sensing and optoelectronic devices.

Additionally, a controlled, additive patterning of BP with other 2D materials and other functional materials such as carbon nanomaterials, semiconducting polymers and biomolecules may lead to all-printed, more complex device structures for unprecedented new applications in energy storage and conversion devices, interactive touch surfaces, wearable sensors, RFID tags and even artificial skin. There may even be implications for 3D printing, according to Tawfique.

"The thin-form factors and mechanical flexibility of the inkjet-printed BP may enable direct integration with functional 3D printing for improved device performance and even new technologies and applications," he said.

While the ink formulation method itself is economically viable today, the cost of BP as a raw material is high. As the fundamental research and interest in BP is growing very quickly, large-scale applications in the future could help bring down the cost.

Going forward, the research team plans to demonstrate wafer-scale device printing, including the fabrication of wafer-scale inkjet-printed low-light photodetectors. Thanks to the semiconducting properties of BP, the photodetectors can work in an infrared light wavelength beyond the capability of silicon. The team also plans to expand the scope of the ink formulation to develop a universal ink platform of 2D materials for high-speed, low-cost, large-scale and reproducible functional device fabrication.

The research, “Black phosphorus ink formulation for inkjet printing of optoelectronics and photonics,” was published in the journal Nature Communications.