HomeElectronicsBipolar Fuel Cells
Recent
Electronics
Mercedes-Benz Sustaineer Concept Electric Van Scrubs the Air While it Drives
Oct 28, 2021
Spooky Halloween Tech Is Here. Just Look at These Doozies
Oct 27, 2021
Halloween? What a Perfect Time to Think About Generating Electricity From Blood!
Oct 27, 2021
Ghosts of Medtech: What Ever Happened to These 7 Medical Devices?
Oct 27, 2021
POLL
How to Survive a Zombie Apocalypse
Oct 27, 2021
America's Supply Chain Crisis by the Numbers
Oct 27, 2021
Want Scary Stuff for Halloween? Check out the Tech for 2021
Oct 27, 2021
How Apple Influenced Medical Packaging
Oct 27, 2021 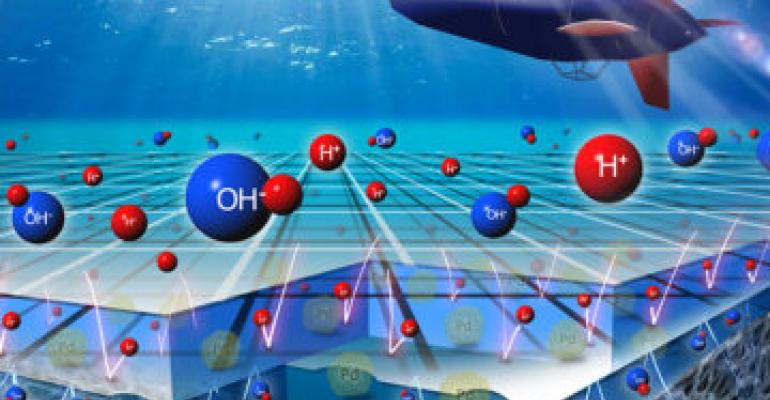 A new type of fuel cell that runs off of an aqueous borohydride solution gets a big boost.

Fast charging of lithium ion batteries in a half hour or less has reached the point where long distance travel by battery electric vehicles (EVs) has become practical. Nevertheless, there continues to be a push to develop fuel cells that combine hydrogen with oxygen to create electricity and water vapor. Refueling a fuel cell vehicle can be accomplished by adding hydrogen at high pressures to an on-board pressure vessel in just minutes—a less time-consuming process than recharging a battery.

Although combining hydrogen and oxygen would seem simple, doing so in a controlled way why collecting electrical energy requires expensive metal (platinum) catalysts. In addition, it takes significant energy to compress hydrogen to high pressures, and its transport and storage present a range of problems.

There are other types of fuel cells that can be constructed that don’t require gaseous hydrogen. One such is the direct borohydride fuel cell (DBFC) that uses an aqueous alkaline sodium borohydride (NaBH4) as an anode fuel, and which will generate electricity with the addition of oxygen, or hydrogen peroxide (H2O2) as an oxidant. The borohydride solution acts as a source for hydrogen and the DBFC converts the chemical energy stored in a borohydride ion (BH4-) and the oxidant into electricity by a reduction-oxidation (redox) reaction. The reaction has high power density and occurs at a low temperature in the presence of a simple and relatively inexpensive catalyst such as nickel.

In order for DBFCs to operate efficiently, there must be a high pH gradient between the anode and cathode solutions. In the past, this has been a problem, however researchers at Washington University in St. Louis have developed a pH-gradient-enabled microscale bi-polar interface (PMBI) and permits sharply different local pH environments at the anode and cathode of the fuel cell. The work was described in a Wash U news release.

According to the release, “The fuel cell developed at Washington University uses an acidic electrolyte at one electrode and an alkaline electrolyte at the other electrode. Typically, the acid and alkali will quickly react when brought in contact with each other.” Team leader Vijay Ramani said, “The pH-gradient-enabled microscale bipolar interface is at the heart of this technology,” The PMBI is thinner than a strand of human hair. Using membrane technology, the PMBI can keep the acid and alkali from mixing, creating a sharp pH gradient and enabling the successful operation of the DBFC system.

“Previous attempts to achieve this kind of acid-alkali separation were not able to synthesize and fully characterize the pH gradient across the PMBI,” said Shrihari Sankarasubramanian, a research scientist on Ramani’s team. “Using a novel electrode design in conjunction with electroanalytical techniques, we were able to unequivocally show that the acid and alkali remain separated.”

Optimized to the Novel Membrane

Zhongyang Wang, a doctoral candidate in Ramani’s lab, added: “Once the PBMI synthesized using our novel membranes was proven to work effectively, we optimized the fuel cell device and identified the best operating conditions to achieve a high-performance fuel cell. It has been a tremendously challenging and rewarding pathway to developing the new ion-exchange membranes that has enabled the PMBI.” The fuel cell developed by the team operates at double the voltage of today’s commercial fuel cells.

The Wash U researchers are particularly interested in developing DBFCs for use in specialized application. The use of liquid electrodes is one key. “It allows us to run this fuel cell with liquid reactants and products in submersibles, in which neutral buoyancy is critical, while also letting us apply it in higher-power applications such as drone flight,” said Ramani.

Although work on DBFCs is interesting, there is still significant research to be undertaken before commercial products result. “This is a very promising technology, and we are now ready to move on to scaling it up for applications in both submersibles and drones,” Ramani said.