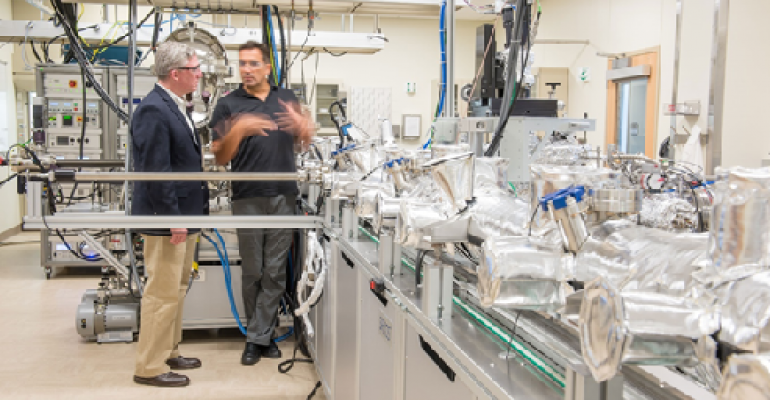 Advances in battery technology, primarily through the application of lithium-ion battery chemistries, has made a mark in several distinct market segments, namely:

This table indicates the present demand and a dramatic increase forecasted for battery power (in gigawatt-hours, GWh) for the transportation, consumer electronic, and stationary segments.

Clearly, transportation will remain the dominant market for batteries, with a forecast of dramatic growth as new electric vehicles are introduced. But EVs aren’t the only battery game in town.

Consumer electronics growth will be comparatively modest in the coming years. Because 63% of the planet’s population already has cell phones—nearly everyone who can afford one has one—there is not much growth potential. In addition, laptops are often replaced by tablets that use smaller-sized batteries. Consumers typically replace their high-tech devices every two years so from 2018 on, the handheld electronics market will be dominated by a replacement of existing devices with ones that are smaller yet more powerful and that use newer but only slightly more powerful battery designs.

Growth in large-scale stationary batteries for utility power systems promises to be steady for the next two years and then increase substantially after that. Utilities are highly regulated and incorporation of battery storage into the mix takes significant time. By 2025, battery storage for frequency regulation and renewable energy support will be reflected in the growing importance of stationary battery development. But there are questions about what kind of batteries these will be.

A revolution began when the first commercial lithium-ion battery was produced by Sony in 1991, one that would move us toward a consumer electronics industry with cell phones small enough to fit in your pocket. Although normally, lithium-ion batteries are considered relatively safe, they do contain a flammable liquid electrolyte—an organic solvent— that can ignite under unusual circumstances. Indeed, Sony recalled 10 million laptop batteries in 2006 due to contamination that caused cells to short circuit and start fires. Also, Samsung recalled millions of its Galaxy Note 7 smart-phones in 2016 after several cases when its lithium-ion battery also caught fire.

The development of solid-state lithium batteries that replace the flammable liquid electrolyte with a solid glass or polymer material has been under way for several years, and several manufacturers will introduce solid-state lithium batteries by the end of 2018. The solid material allows ionic transport between electrodes but is much less prone to short circuits and fires.

LUX Research’s Christopher Robinson noted that, “Samsung could be ready by 2019 or 2020 with solid-state lithium batteries for cell phones. This would be the first disruptive change in lithium batteries in more than 15 years.”

But will lithium be good enough? Lei Cheng, Assistant Chemist, Materials Science Division and Joint Center for Energy Storage Research (JCESR) at Argonne National Laboratory, thinks lithium, “… will most likely not meet the demands of tomorrow.” For future applications, Cheng noted, “JCESR is looking into battery chemistries with higher theoretical energy density made from more readily earth-abundant materials such as sulfur and magnesium.”

Cheng said that although the lithium-ion battery will continue to improve in its energy density and cost, eventually new chemistries will be optimized for specialized applications, especially when more energy and faster charging is required.

Cheng also pointed to another technology that looks promising for large-scale utility applications. “For stationary storage, the chemistry has to allow easy scale-up. The flow battery concept is great for this application—the active materials are stored in two separate tanks and higher capacity can be achieved by having bigger tanks store more material,” she said.

Flow batteries, called redox or reduction-oxidation batteries, are not new; the concept was first used in 1884 with a zinc/chlorine battery that powered Charles Renard’s airship La France. The design uses two different electrolytes that are each pumped through the two half cells, separated by a thin ion exchange membrane. Charging causes a reduction reaction on one side of the membrane and an oxidation reaction on the other. In use, the electrolytes are continuously pumped from their tanks into the reaction cell and electrical energy is drawn from a stack of electrodes. The only limit to the amount of energy stored is the capacity of the electrolyte storage tanks.

While most flow batteries use two chemicals that change valence (redox state), vanadium flow batteries use the multiple possible valence states of just vanadium (ionic charge can exist in +2, +3, +4, and +5 states in vanadium solutions) to provide necessary electrons to create current flow. Charging provides excess electrons, creating V (+2 and +3) ions while during discharging electrons are lost to the electrodes, producing V (+4 and +5) ions.

Utility-scale projects are under way worldwide using flow batteries of various types, particularly paired with renewable power generation systems. The electrolyte liquids provide good thermal regulation and flow batteries are used for load leveling and frequency control in electric power grids when batteries with both high power and high capacity are required, and flow batteries can discharge 100% of their energy without damage.

These advances in battery technologies -- from the introduction of solid-state lithium configurations in portable electronics, to the further development of utility-scale flow batteries -- hold the keys to continuing progress in portable electronics, robotics, military, and telecommunication applications, as well as distributed power grids. While lithium-ion batteries have proven to be the workhorse of the past decade, and they will continue to play a major role, specialized chemistries and configurations under development in 2018 and beyond will result in specific battery types to meet the needs of each application.