HomeElectronicsAutomakers Won’t Change EV Development Plans
Recent
Electronics
Argo AI Expands to Austin and Miami in Search of More Challenges
May 18, 2022
12 Ideas that Could Change the World
May 18, 2022
Making the AC Power Main Intelligent
May 18, 2022
How to Make Sure Your Digital Transformation Doesn’t Fail
May 18, 2022
POLL
The Internet's Grooviest Slideshow of Legendary International Scouts
May 17, 2022
Electronics Industry Bolsters Root of Trust Security Efforts
May 17, 2022
3 Tips for Embedded Software Configuration Management
May 17, 2022
Novel 3D Printing Method Used to Replenish Coral Reefs
May 16, 2022 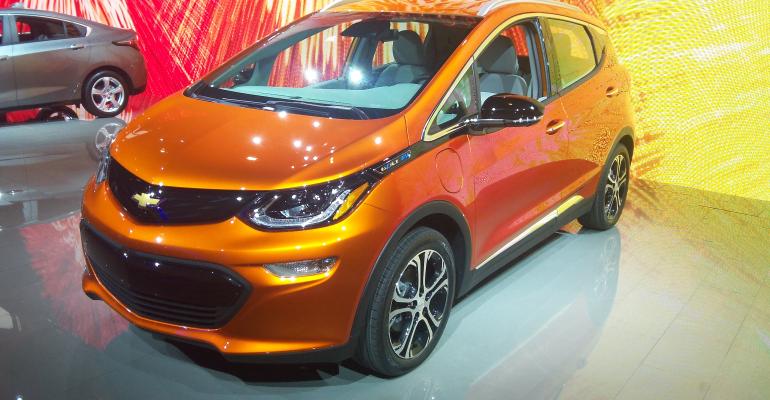 Despite a move by the Environmental Protection Agency (EPA) to freeze automotive fuel efficiency standards, automakers and their suppliers are likely to continue down the existing path toward electrification, experts said.

There are two big reasons for automakers to stay the course, they stated. First, the global market will push them toward electrification, no matter what the EPA does. Second, a lengthy court battle between the EPA and the state of California is imminent, and automakers are unlikely to change their plans until they know the legal outcome.

“There’s going to be a long, drawn-out battle, and it will probably go all the way to the Supreme Court,” Sam Abuelsamid, senior analyst for Navigant Research, told Design News. “And there’s no guarantee which way the court will rule.” The legal battle could rage on for two or three more years, Abuelsamid added.

The fuel efficiency issue came to a head last Thursday, when the US EPA announced that gas mileage rules for 2020 would be locked into place until 2026. If the move remains intact, it would eliminate the earlier federal target of 54.5 mpg by 2025. Instead of 54.5, automakers would now work toward a Corporate Average Fuel Economy (CAFE) of 41.7 mpg (which translates to window sticker value of about 37 mpg).

The earlier standard would have compelled automakers to employ more electrification in the form of hybrids, plug-in hybrids, and pure electric cars. It is believed that the new value would not provide as much incentive for automakers to electrify.

Still, suppliers and OEMs alike have said that the global marketplace provides sufficient incentive for the industry to keep pushing toward electrification. Many countries—including China, India, Norway, Ireland, France, the UK, and The Netherlands—have set laws into motion to stop the use of conventional, gas-burning cars at some future time.

For that reason, suppliers have said they intend to keep producing parts for electrified cars. “The rest of the world isn’t stopping,” Lyle Otremba, vice president of Cooper Standard Automotive, told Design News earlier this year. “And if we want to compete on a global stage, we’re going to have to do it anyway.”

Moreover, automakers that back away could be hurt from a marketing perspective, Abuelsamid said. “If they start to back off, companies like Tesla and others in the marketplace will hammer them in advertising,” he told us. “Especially in California and in the Northeast, they would get slammed.”

The new fuel efficiency standard could affect the selling price of EVs, however. If the Trump Administration prevails in its effort to revoke the waiver, allowing California to set up its own greenhouse gas emission standards and ZEV requirements, automakers would no longer be forced to meet an electric vehicle sales quota. “Today, you have companies that have to hit an electric car sales target in California and because of that, they are selling vehicles at a loss,” Abuelsamid said. “So they might end up changing their market strategies and raising their prices, so they could at least break even.”

In that respect, the new requirements would make a difference to companies such as General Motors, which is said to sell the all-electric Chevy Bolt at a significant per-vehicle loss.

Still, experts don’t expect any automaker or supplier to change existing development plans on the basis of the EPA’s new plans. “They won’t change course,” Abuelsamid said. “It would be foolish for them to do so, given all the market reasons.”