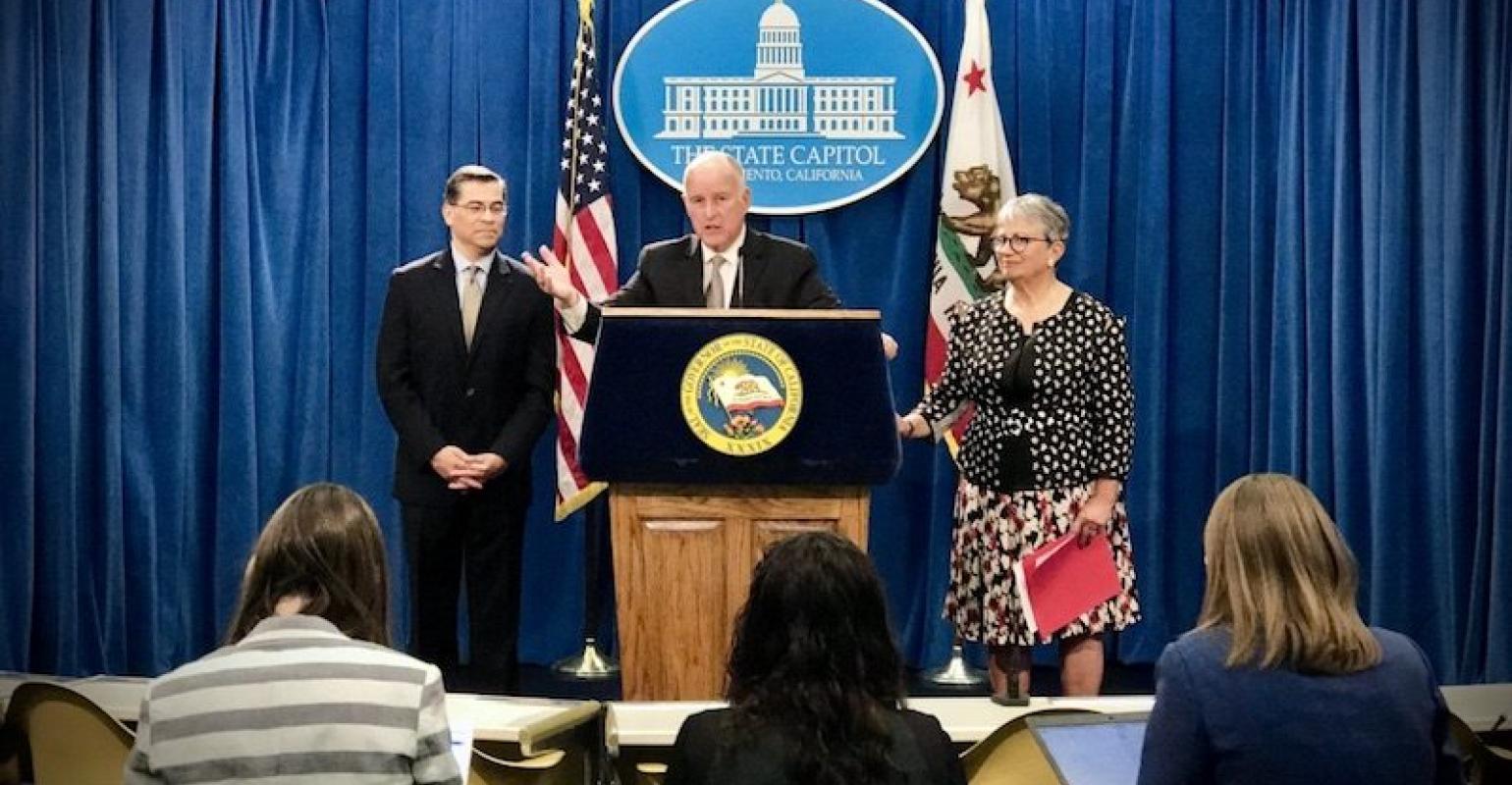 With California and the US EPA on a legal collision course, the auto industry is now unlikely to make significant changes in development plans.

The state of California filed suit against the US Environmental Protection Agency (EPA) this week, leaving automakers and suppliers even more uncertain about the future of US emissions regulations.

The lawsuit, filed in the US Court of Appeals in Washington, D.C., contends that the EPA acted “arbitrarily and capriciously” in trying to roll back the regulations set forth by the Obama Administration in 2010. “You can’t, just like some tinhorn dictator, say I’m tearing up a rule that was built on two years of building up evidence,” California Governor Jerry Brown was reported as saying in a press conference.

The brewing legal battle between California and the US EPA raises the level of uncertainty for engineers who are trying to develop technology for cars in the 2022 through 2025 model years. “Right now, carmakers have no idea what the standards are beyond 2021,” Sam Abuelsamid, senior analyst for Navigant Research, told Design News. “And they won’t know anytime soon.”

In filing the lawsuit, California is leading an 18-state coalition that represents 140 million people, or about 40% of the US car market. (Those jurisdictions include Connecticut, Delaware, District of Columbia, Illinois, Iowa, Maine, Maryland, Massachusetts, Minnesota, New Jersey, New York, Oregon, Pennsylvania, Rhode Island, Vermont, Virginia, and Washington.) The coalition wants the national program created in 2010 to remain intact. That program called for a set of standards for greenhouse gas emissions and fuel efficiency and was agreed upon by the National Highway Traffic Safety Administration (NHTSA), EPA, and California. The most notable of those standards was the target of a 54.5-mpg average fuel efficiency for every automaker by 2025.

After the mid-term evaluation on April 1st, however, the EPA declared its intention to roll back the emissions and fuel efficiency targets. The Los Angeles Times has reported that the EPA is drafting a memo that would lower the fuel efficiency target to 42 mpg. More important, it is believed that the new draft will also attempt to rescind a longstanding legal waiver that today allows California to set its own emission standards.

“California does not want that and they’re going to fight tooth and nail all the way to the US Supreme Court,” Abuelsamid said. “And this will probably go on for the next several years. It won’t be settled quickly.”

Industry Likely To ‘Stay The Course’

Given the confusion and the fact that other countries are maintaining their emissions standards, suppliers said they plan to continue down the path that had been set in 2010. “We’re staying the course,” noted F. Joseph Walker, global technology director for Freudenberg-NOK Sealing Technologies, in an e-mail to Design News.

“If we want to compete on a global stage, we’re going to have to do it anyway,” Lyle Otremba, vice president of Cooper Standard Automotive, a supplier of automotive sealing systems, told us earlier this year.

For automakers, the plan of action may be only slightly different. If California successfully maintains its waiver and 17 other states follow, automakers could be forced to deal with two sets of standards. “You might see a marketing shift, rather than a product shift,” Abuelsamid told us. “So you might see Ford pushing F-150 hybrids in California and New York, but pushing Ecoboosts and diesel F-150s in Texas and Oklahoma.”

Product engineering is likely to continue down the same path, however, given the fact that the future is now in the hands of the courts. “Regardless of which way the lower courts rule, the losing side will continue to appeal,” Abuelsamid said. “So this will ultimately end up in the Supreme Court, and it will take years.”

The White House has said that it is planning a meeting on May 12th between President Donald Trump and senior auto industry leaders to discuss the fuel efficiency changes. General Motors, Ford Motor Co., and Toyota Motor Corp. are expected to attend.

For now, however, automakers have little choice but to go forward as if nothing has changed, Abuelsamid said. “Whatever happens, the industry is going to have to respond,” he told us. “They’ve got to have this technology ready, regardless of what the government says.”

Ford to Cut Sedans from Its Lineup