Are Small-Displacement Turbo Engines Reliable in the Long Term? 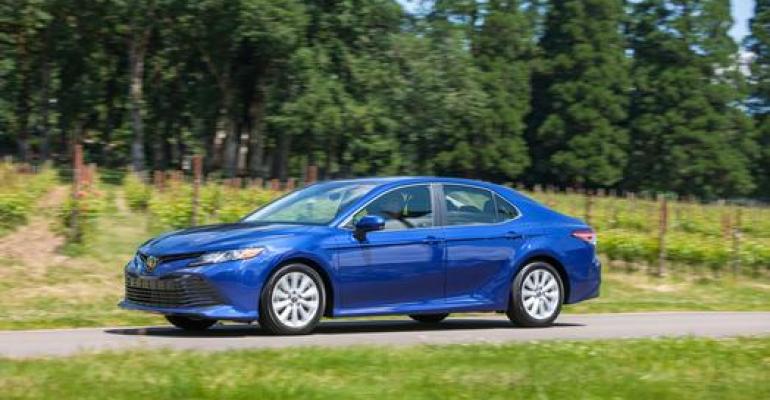 For those who want to squeeze 200,000 miles out of a car, the reliability of tiny turbo engines may still be an issue, experts say.

Small-displacement turbocharged engines made their biggest splash yet in January when the Honda Accord won the 2018 North American Car of the Year award, but experts are still split on the effect the technology will have on very long-term reliability.

Some say there isn’t enough data yet to determine how the smaller turbocharged units will behave for a growing number of consumers who want to keep their cars well beyond the US average of 11.6 years.

“There are plenty of people who purchase a car and drive it for twelve years or more,” Jake Fisher, director of auto testing for Consumer Reports, told Design News. “And the jury is still out on how these small-displacement turbos will do at 150,000 or 200,000 miles.”

The relevance of small-displacement turbocharged engines gained greater relevance recently, when Consumer Reports’ April auto issue designated Toyota Motor Corp., which doesn’t use those engines on its high-volume vehicles, as the most reliable automotive brand. Fisher said Toyota hasn’t adopted small-displacement turbocharged engines on its high-volume products for good reason. “Whenever you add complexity, you add potential areas of failure,” he told us. “And a turbocharged engine is more complex. It has more stuff going on than you’d have with a normally-aspirated engine.”

A turbocharged engine is not considered “naturally aspirated” because it uses a pump to force more air into the combustion chamber. By doing so, it allows automakers to employ a smaller engine.

Toyota, long known for its caution in adopting new technology, has been slow to pick up on small-displacement turbos, as well as nine-and ten-speed transmissions and Apple CarPlay infotainment systems. Its 2018 mid-sized Camry still employs a standard, naturally-aspirated, 2.5-liter inline four-cylinder engine.

In contrast, the Camry’s direct competitor, the 2018 Honda Accord, uses a 1.5-liter, turbocharged four-cylinder engine. The 2018 Accord has been widely praised for its move toward the newer technology. It won the 2018 North American Car of the Year award, along with the Kelly Blue Book Best Auto Tech award and the Detroit Free Press Car of the Year award, among others.

The Accord is no by no means the first to go to such small-displacement turbos. Other manufacturers, including Ford, Volkswagen, General Motors, Hyundai have been doing it for years.

Moreover, there’s no evidence to suggest that small-displacement turbos have had reliability issues. “We’ve been increasingly seeing vehicles with downsized turbocharged engines for a number of years now, and we haven’t seen any particular negative impact on durability or reliability,” Sam Abuelsamid, senior analyst for Navigant Research, told Design News.

But experts say that automakers still need to compile more real-world data on turbos to know how they will really do at extreme mileage. “Everybody is running those engines like crazy in the dynamometer labs,” David Cole, chairman emeritus for the Center for Automotive Research, told us. “But when you get out to 200,000 miles, or even 250,000 miles, you’re going to be a little less certain under those conditions. You can try to simulate as best you can, but in the real world, the effects may be different.”

Fisher contended that technologies age in different ways. “Maybe miles aren’t necessarily the issue,” he said. “When you have a 10- or 15-year-old car, you have to ask, ‘What about the seals? What about the winters, the summers? How will everything age?’”

Such questions may be particularly important now, given the fact that American consumers are keeping their vehicles longer. A 2016 survey by IHS Markit revealed that the average age of a light vehicle in the US is 11.6 years.

Consumer Reports’ surveys, which are based on more than half a million owner responses, suggest that many owners base their decisions on issues of reliability, rather than power, handling, and “sexy’ styling. “If you’re not an auto journalist, and you’re not on the car-of-the-year panel, you may be more interested in a vehicle that provides hassle-free transportation, rather than steering feel or style,” Fisher said.

If you have a comment, send it directly to [email protected] and we will publish it in a future article. Just keep it concise (100 words or less) and type the words “story comment” in the subject line.

The Auto Industry's Ten Most Unreliable Vehicles for 2018